There are a handful of days to go until the end of the summer, but we still have time to announce the latest news in the house Asmodee, after the feast of board games, books, librigames And role play games by Modena Play. Some of these have already been available for a few weeks, but it is right to give them the deserved prominence in this dedicated piece.

Here are the next news at the end of summer for this month of September 2021 coming out with Asmodee.

Asmodee: here are the board games of the end of summer 2021

A title to play 1vs1, in which wonderful and ephemeral Mandalas are created to collect the 6 colors on the cards. The object of the game is to get the largest collection and thus the most victory points. The authors of this title for about twenty minutes per game are Trevor Benjamin and Brett J. Gilbert.

Agricultural – All creatures large and small

Agricola in two player version. This is a revised edition, a big box that in addition to the base game brings as a dowry two expansions, animal tokens, resources and the new shaped workers. The author is obviously Uwe Rosenberg, and the average playing time is about 30 minutes.

A frantic party game for 4 players and up, to be played as a team: in their turn each player has only 90 seconds to give clues and make their teammates guess 5 different objects, being careful however that the players do not say the forbidden word. The authors of this title with a duration varying between 30 and 180 minutes are Jesper Bülow and Jonas Resting-Jeppesen.

A Party Game that can be explained in 10 seconds and that will make your mind squeeze!
1. The first player turns over a card with a letter (eg B) and says a word that does not contain that letter (eg Table);
2. The next player turns over another letter card (eg F);
3. The player must now say a word which does NOT contain either the B or the F and which is semantically linked to the previous word (Table). So, for example “Chair”!
4. It continues like this until someone makes mistakes or is left speechless!
Mistakes are paid for by taking all cards turned up to that point. At the end of the game, the player with the fewest cards is the winner!

What else to add on this party game? By now we have already learned how to play it! The author is Guillaume Sandance, each game sees 2 to 8 players compete in about a quarter of an hour.

After so many party games where competition is the heart, a collaborative is needed. In Master Word a player interprets the Guide: he will have to make the table mates guess the secret word by giving feedback on the clues provided by the Seekers; however, he will not be able to say which clues are useful for the deduction, but only their number. It is a game for 2 to 6 players, playable in 15 minutes, by Gérald Cattiaux.

The goal of the game is to build a City fit for a king! The kingdom needs a new Master Builder and players are among those who aspire to this prestigious position. By rallying local citizens and leveraging their experience, they will aim to outsmart their rivals. Only the best city will get its creator the title of Master Builder!

Three new versions in Big Box format of the Time’s Up party game, one of the most popular and fun to do with anyone, thanks to its versatility. There is one suitable for the family, for adults and children to play together; the Party version, which tests the knowledge of music, films, characters and so on and so forth; and finally the Kids version, to allow preschool children to play in the absence of written text.

The author is Peter Sarrett, and the electronic light timer is also included in each box.

Same as above, but with Harry Potter! From 4 to 12 players, each game lasts around 30 minutes. This edition of Time’s Up features three different decks with increasingly difficult card categories to play with everyone from Muggle level to Professor McGonagall level!

5 new investigators for our investigations in Arkham, in the living card game dedicated to the work of the Solitaire of Providence. Will a mechanic, an astronomer, a salesman, a martial artist and an archaeologist be able to solve the mystery?

The first expansion for Rex Arcana, which in addition to new spells, objects, artifacts places of power, extends the maximum number of players up to 5.

A new deck for the living card game dedicated to the superheroes of the House of Ideas. This time the protagonist is Nebula, daughter of Thanos who managed to separate from her father’s madness, joining the Guardians of the Galaxy to defend the universe from the mad titan.

The latest book from Aconyte Books features Domino, the heroine with luck on her side. This is a work from the Heroins collection, dedicated to the female protagonists of the Marvel stories. Domino has to deal with the ghosts of his past, and infiltrate a Chicago sect to free two twins plagiarized by the charlatan who heads it. The author of the novel is Tristan Palmgreen.

The art of a surrealist madman threatens to tear the fabric of reality in this bizarre tale of horrors and conspiracies based on the celebrated world of Arkham Horror.
Aspiring painter Alden Oakes is invited to join an artist commune, the New Colony. When the famous Spanish surrealist Jean Hugo Balthazarr visits the colony, Alden and the other artists can’t resist its charismatic charm. Balthazarr throws a series of decadent parties for Arkham’s elite, staging arcane illusions that blur the lines between nightmare and reality. Only with time does Alden come to suspect that Balthazarr’s fake rituals are aimed at breaking through those walls and freeing what lies behind them. Alden must act, but it may already be too late to save himself… let alone Arkham.

This was Asmodee’s latest late summer 2021 news. This novel is also by Aconyte Studio, written by the hand of SA Sidor.

The most expensive Warhammer 40000 miniature in the world? here she is

Potion Craft: our review of the alchemical indie game 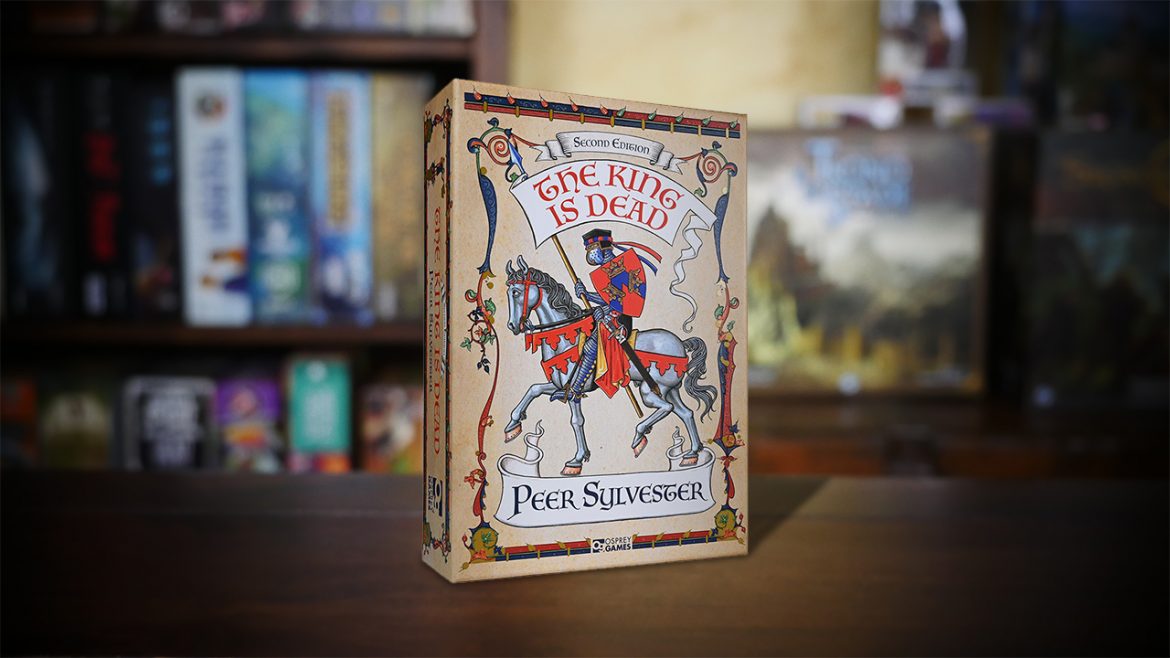