ASUS has announced the XG32UQ, its first ROG Strix monitor with a size of 32 inches and native 4K resolution. The ASUS ROG Strix XG32UQfollowing what is usual in the Republic of Gamers brand, includes a good part of what could be expected in a peripheral of this type, both in terms of features and connections.

First we find the support for HDMI 2.1, the latest version of the interface specification for transmitting audio and video. In addition, through said interface it supports a t120Hz refresh rate for video game consoles. On the other hand, it supports Display Port 1.4 and is capable of refresh rates of up to 160Hz thanks to its IPS panel. The ASUS ROG Strix XG32UQ supports variable refresh rate (VVR), being certified for FreeSync Premium Pro and G-SYNC compatible.

Another feature of the monitor is the certification for DisplayHDR 600, while at the level of additional connections it has a USB 3.2 Type-B Gen 1 (5 Gbps) connector and two USB 3.2 Type-A Gen 1 connectors. It does not have USB Type-A connectors. C nor can it function as KVM. 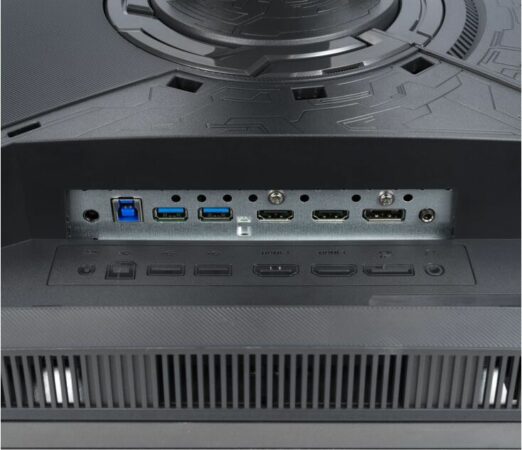 The panel, which as we have already said is IPS, supports the 96 percent of the DCI-P3 color spectrum and 130 percent of the sRGB space along with a brightness in SDR mode of 450 candelas per square meter (cd/m²). All of that adds up to the fact that ASUS has implemented its own visual effects features for gaming and what the manufacturer itself has called extremely low motion blur. Because the panel is calibrated at the factory, it should be ready for gaming projection right out of the box. out of the box.

A curious detail of the ASUS ROG Strix XG32UQ is the screw mount on the top of the kickstand, which should open the door, for example, to attach a camera mount. For now, nothing is known about prices, but estimates place it at around $1,000.

Apple Music removes other apps from iPhone dock during installation

Samsung Galaxy S22: leaked… from behind

All Marvel movies released in 2022