We generally tend to think that internet speed it is always going to be greater for cable than for Wi-Fi. We have the feeling that if we connect wirelessly we are going to have cuts, slowdowns and, ultimately, problems.

The truth is that as a general rule wired connection It will always be more stable, it will have better speed and we will have fewer problems. But of course, not everything is always like this. Depending on the circumstances, we can make our wireless network work as well as when we connect by cable and even better in some cases.

Therefore, as we will see below, the fact that use wired or wireless network it is not always going to be the main indication to achieve maximum speed. We can have problems in both cases or, looking at it another way, we can have the same speed either by Wi-Fi or by Ethernet.

If you have problems with Wi-Fi and you notice that speed is much slower that by cable, you can always take into account some recommendations. Having good adapters, a correct configuration and that the coverage is ideal, can perfectly make us have the same speed over cable as wirelessly.

Something essential is to use a Wi-Fi network card make it good. This is something basic, since it is what will allow us to connect to the access point and have a higher or lower speed, as well as coverage. Sometimes a common problem is that we use an adapter that came with the laptop and it is not the right one.

To improve speed we can always use another Wi-Fi adapter that we can connect via USB, have a better antenna and thus achieve better performance. These devices are inexpensive and easy to configure, since generally it is enough to connect it to the port and the computer automatically detects it and we will be able to search for networks and connect.

The adapter is key as some have speed limitation of the Internet, beyond having better or worse coverage. If we see that by cable we have much more speed and despite being connected to the side of the router by Wi-Fi we get much less, this could be because of what we said, because we have a wireless card that cannot receive more speed.

Logically it will also be necessary for the coverage be the best possible. For this, we can take into account some points such as placing the router well, using amplifiers or connecting near the access points and taking advantage of the signal more.

If Wi-Fi reaches less speed than cable, you have to see that the coverage is good. If we are connected too far from the router, we will never have as much speed as if we connect by Ethernet. To improve this we must place the router well. It has to be in a central area of ​​the house, from where it can distribute the signal well to other devices. Basically you have to put it where we are going to use it. It is useless to have it at one end of the house if we are going to connect on the opposite side.

But we can also use Wi-Fi repeaters. There are different types of devices that will help us improve coverage and thus connect to the Internet and have better speed. We can mention wireless amplifiers, Wi-Fi Mesh systems or even PLC devices.

Are you using the correct Wi-Fi band? If you don’t know, modern devices have two options for connecting: 2.4 GHz and 5 GHz band. Routers and access points can broadcast on both bands and the speed difference between connecting to one or the other can be quite significant.

If the Internet speed is very slow due to Wi-Fi and you think that everything is fine, that you have good coverage and we are using a good card, it is probably because you are using the 2.4 GHz band, which will not allow make the most of speed. It is a good option if we are going to connect away from the router, but do not expect to have great speed.

To have the Maximum speed you have to connect to the 5 GHz band. When we look for networks many times the two options will appear and we have to make sure we choose this one. Of course, we must bear in mind that if we connect away from the router, it will have worse coverage and there may be cuts. 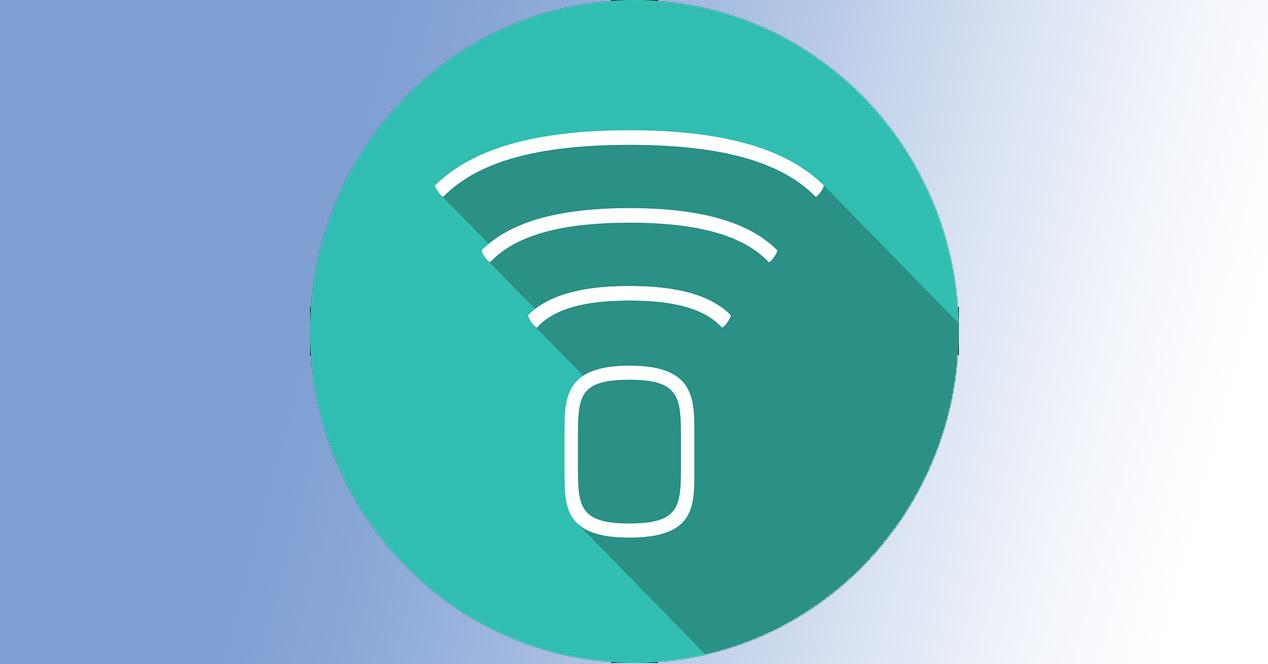 Therefore, if we take into account all this that we have seen, we can achieve that the speed over Wi-Fi is the same as that of cable in many cases. It could even happen that we have better speed in case the Ethernet card is not Gigabit or we use cables in bad condition.

There are factors that can prevent us from having the same speed when we connect by cable or Wi-Fi. This can affect both one option and another and we will not always be able to solve it, since it may be due to hardware limitations.

If we compare the speed of a symmetric 300 Mbps fiber optic, for example, the normal thing is that if we have everything well configured and our devices have no problem, we achieve the same speed over cable and Wi-Fi. On the other hand, if we have contracted 1 Gbps symmetric fiber optic, things can change. By cable we should not have problems as long as we have one that is at least CAT 5E and that allows us to reach that speed. If we use an old cable we could not exceed 100 Mbps and we would be far from that figure.

Now, what about Wi-Fi? In this case, it is more normal that we have limitations. If we enter Configuration, we go to Network and Internet, we enter Adapter Options and click on the Wi-Fi card we are using, we will see the synchronization speed. That is the maximum speed at which our connection can go. It is very common that we have a card limited to 866 Mbps, so if we want to reach that Gbps we would not achieve it. We couldn’t have the same speed over cable as over Wi-Fi.

With Wi-Fi 6 and 160 MHz channel, in the 5 GHz band, we will be able to exceed 1 Gbps without problems. But of course, not all routers and not all network cards are compatible.

In short, although we can perfectly achieve that the Internet speed is as good by Wi-Fi as it is by cable, in certain circumstances they may not be comparable. This, as we have seen, can happen both on one side and on the other.

soon you will pay more for any service on the Internet

What is a decentralized network and what advantages does it have

Offers on cheap licenses from Cdkeysales on Black Friday 2022