Are there plans for Fall Guys to come to mobile?

When Epic Games announced that they were working to convert Fall Guys in a free-to-play, we all quickly thought that the game would come to mobile terminals. And the truth is that, on paper, this title should have reached iOS and Android at some point. Last June 21, Fall Guys it was back in the spotlight when Epic released it again, now completely free of charge. Fall Guys: Free For All He returned again to Season 1. He inherited, how could it be otherwise, the battle pass that gave Fortnite so much success. And it reached new platforms, highlighting the Nintendo Switch and Microsoft consoles. Nevertheless, iOS and Android versions are still missing.

Once the development became part of the Epic team, mobile is once again a mystery. For now, it does not seem that Epic Games has much interest in the mobile phone market – it is possible that the one formed between this company, Apple and Google with Fortnite is partly to blame. Therefore, instead of getting our hopes up with games that will probably never reach our mobile terminals, the best thing to do is to propose the best alternatives to Fall Guys that we can find for our smartphones.

Alternatives to Fall Guys for mobile

As usually happens in these cases, there are many developers who have taken advantage of the fact that there are no mobile versions of Fall Guys and they have gone to work to make their versions. If you like Fall Guys and you want an alternative for your mobile, here we leave you some of the best games you will find for iOS and Android:

Its mechanics are really similar to that of Fall Guys. This title developed by Crystal Pug invites us to take a character through a series of scenarios in which the goal is not to fall. The characters seem to be inspired by LEGO, and they have quite a bit of room for personalization.

Regarding the scenarios oopstacles has a lot variety of environments. They are simple, but they have a lot of geometric shapes and moving artifacts that will do everything possible to prevent us from reaching the goal. The graphics of this game are not as elaborate as those of the original game, since they are a bit more cartoonish, but in general, we can say that they resemble those of the Mediatonic title.

Secondly, oopstacles is a game that can be enjoyed, even if you don’t have an Internet connection. It has the following modes:

Regarding compatible mobiles, you can download this game both on phones with iOS as in terminals Android. The first version of this game dates back to 2017, so its launch is prior to that of Fall Guys.

His name does little to hide the fact that he is one more plagiarist than Fall Guys. It works exactly the same as the original game, and allows us to compete online in games with a maximum of 39 opponents. Of course, with a little less budget.

Its strong point is customization, as Fall Dudes lets you customize your character with all kinds of outfits, colors and shapes so you can play your games with a totally original character.

This game is available on the two main mobile platforms, as there are versions for Android and also for iPhone and iPad.

This title is available on mobile and also on PC. It is not a plagiarism Fall Guysbut it is inspired by the mechanics of this game and the addition to that of the mythical Bomberman. The result is a very fun game in which we compete in a Battle Royale to stand on a platform avoiding being bombed.

On a graphic level, it is a game that looks quite good. Its multiple game modes and its varied set of maps can give you many hours of fun with your mobile. And it is that, Bombergrounds not only does it make it difficult for you with the obstacles and the other players that push, but the explosions will also make you fall into the void, ending your game. 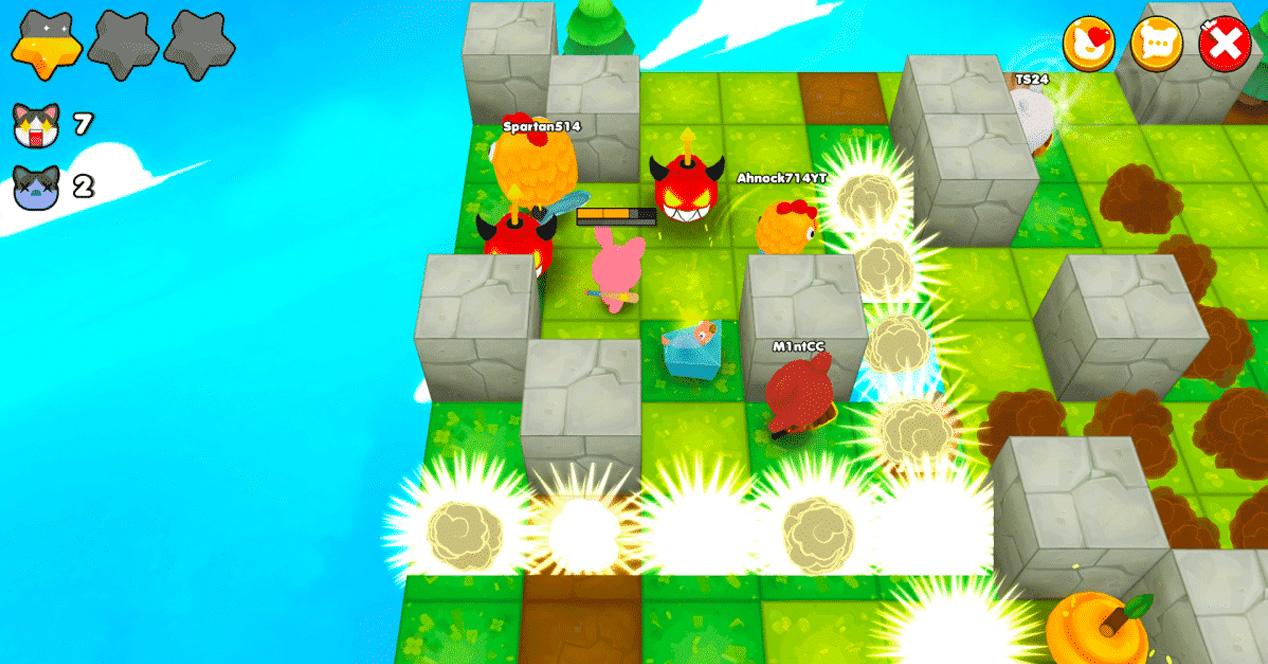 As for customization, this game has a very good variety of characters that can be customized with all kinds of accessories. Furthermore, they have not limited themselves to copying Fall Guysbecause there is plenty to choose from and we can select animals and many other characters to never get bored.

If you are interested in this game, you have it in the Apple App Store and also in Google Play for Android. If you prefer to play it on PC, you have it on Steam as free-to-play.

The Amazfit GTR 2 continues with this great discount, run!

VPN: why this offer from NordVPN is the best of the moment