Once we have resolved that enormous jumble of rights, we can focus on our protagonist today. The first appearance of this character was in Marvel Super Heroes #13in March of the year 1968. It was created by Roy Thomas and Gene Colan. In her original story, Danvers is a human which works as Officer in the United States Air Force. His role did not go much further. She worked side by side with him. Dr. Walter Lawsonwhich was the human identity of Mar-Vell, a Kree leader known as Captain Marvel. At this time, the female roles in comics were not exactly protagonists, so the figure of Danvers served to embody the typical situation of damsel in distress and girlfriend of the hero in question.

At the end of the decade, in number 16 of captain marvelCarol is kidnapped by Yon-Rogg, the commander of the Kree. During the rescue, the commander uses a weapon that releases magnetic energy, but it gets out of hand and creates a shock wave. Yon-Rogg dies from the explosion. However, Mar-vell’s Kree DNA and the girl’s human DNA would merge. Since then, Carol Danvers would acquire the powers of Captain Marvel. 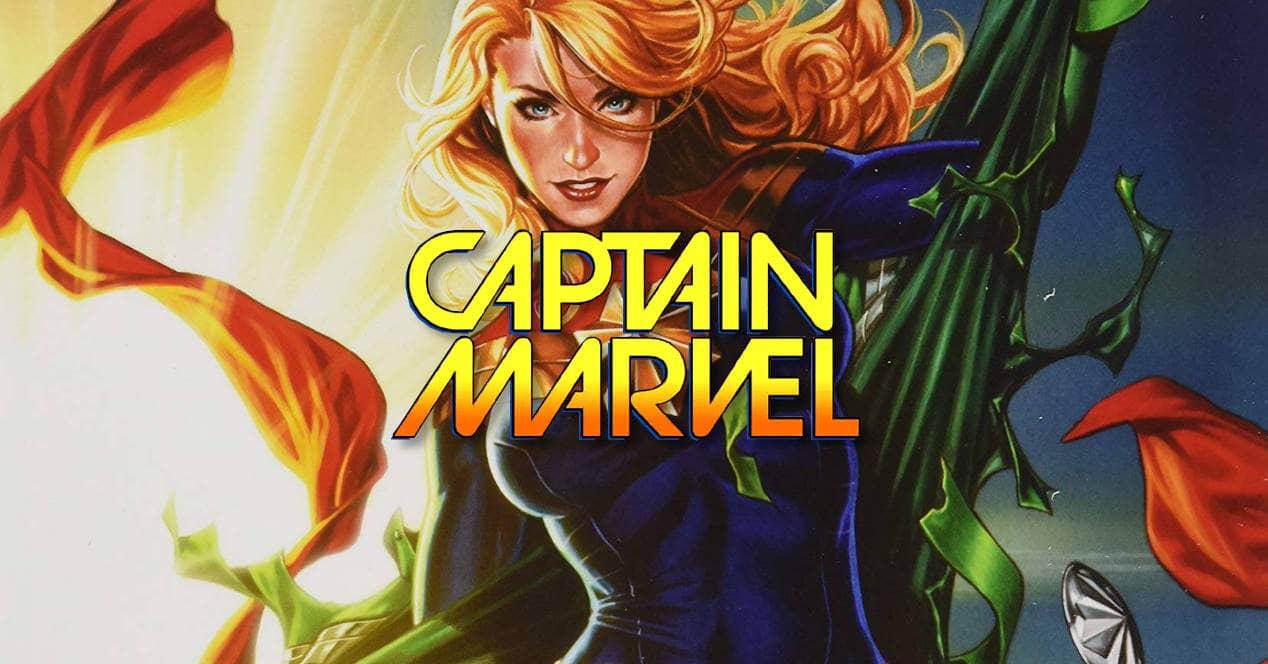 Almost ten years later, the struggle for women’s rights had begun to germinate. Marvel knew how to capture this audience, and they did not hesitate to create their first female characters that had a main role instead of being mere decorative objects in their pages. So, in 1977, Carol Danvers debuted in Ms Marvel #1. However, she he didn’t remember his powers due to a side effect of the energy blast she was exposed to. In fact, she worked at a women’s magazine fighting for feminism. Little by little, she would become aware of her abilities, becoming part of The Avengers in the year 1980. However, Marvel somewhat ruined everything he had done with this character by involving Carol in the typical macho role of seducing the villain.

Differences between the comic and the MCU Captain’s arrival Marvel Cinematic Universe It was highly celebrated by critics, especially by women. After several decades dominated by male superheroes, Brie Larson He would play this character in theaters in 2019 in a film directed and scripted by Anna Boden and Ryan Fleck.

To adapt the character to the MCU, Marvel did numerous tweaks so that the character is according to our times. The film also begins with carol danvers amnesia, who doesn’t even remember his name, and goes by the name “Vers”. He lives on a remote planet with the Kree, who say they are the ones who give him his powers, and threaten to take them away if he doesn’t obey. his mentor, Yon-Rogg (Jude Law), is actually his kidnapper. During her first mission, Carol falls into the hands of the Skrulls, who experiment on her mind to extract information from her. Thanks to this, Danvers remembers part of his past in the United States Air Force.

On the other hand, there is also a major change from Mar-Vell. Instead of being a superhero, this character played by a womanand it is a Kree scientist who defected from his home planet. During the flash backDanvers recalls working alongside her on the Pegasus Program, whose purpose was to build an engine capable of traveling at the speed of light. That’s exactly what the Skrulls are looking for. After freeing himself, he ends up on our planet in the 90s. After meeting with Nick Fury, the Skrulls end up informing Danvers that the Kree are really his kidnappers, making him remember all of his past. Finally, we will discover that his powers come from the Pegasus engine. In the past, Yon-Rogg wanted to get his hands on the jetpack to finish off the Skrulls. To avoid it, our protagonist tries to destroy the artifact, receiving a strong power discharge which gives her the powers, but renders her unconscious. It is right here when Yon-Rogg kidnaps her and, taking advantage of her that she has lost her memory, convinces her to join her army.

As a curiosity, Carol Danvers transforms her Kree suit into that of Captain Marvel by transmuting matter just at the moment she decides to fight against this civilization, but the term “Captain Marvel” is not mentioned in the tape.

It’s no wonder Captain Marvel is said to be the most powerful superhero in the entire Marvel Cinematic Universe. Let’s take a look at all your skillswhich are not exactly few. Captain Marvel has the ability to absorb and release different energies. Mainly, Carol absorbs electricity and projects it with his hands.

However, energy absorption is also the basis of his powers. Can manipulate molecules at will to create his suit, as well as the energy that gives him his strength, resistance and capacity for destruction. Speaking of strength, Carol was already a good hand-to-hand fighter before accidentally receiving his powers. Captain Marvel doesn’t technically fly, but rather powered by energymanaging to travel at Mach 3. In addition, it can handle itself in the air exactly like a combat plane, a legacy of its years serving the air force. All these attributes of Carol were already developed in her military stage, however, when her genetic structureCaptain Marvel acquires force, resistance far superior to that of an average human and his injuries also regenerate faster.

The first 240W USB Type-C cables appear on the web

How does Decentraland work?