Article Index
What is the Ferm firewall and what is it for?
Installation and commissioning of Ferm
Ferm Basic Configuration
Import iptables rules into Ferm

What is the Ferm firewall and what is it for?

Ferm (For Easy Rule Making) is a frontend of iptables, this means that, underneath, it is actually using iptables to allow or deny traffic, but it allows us to configure the firewall in a very advanced way without having to learn the syntax of iptables or make different scripts using iptables, but we will do it directly with Ferm. This tool is capable of reading the rules from a configuration file that we are going to define, and later it will “call” iptables to add the different rules one by one, inserting them in real time into the kernel.

Ferm’s goal is to provide system and network administrators with an easy way to read and write all firewall rules, reducing the task of having to write one rule after another, so we can spend more time developing and optimizing the rules, to make them as efficient as possible. Ferm uses a very simple but quite advanced configuration language, we can use variables, functions, arrays and even blocks. Other very interesting options of Ferm is that it will allow us to include other configuration files in a directory, and it will take care of importing and applying all these rules automatically.

Ferm is still an iptables frontend, therefore, when we use this tool, we will always be able to directly edit and configure the firewall using the iptables commands. In fact, Ferm is able to import the current iptables rules and automatically put them in the configuration file, to later edit or expand them.

One of the most popular iptables frontend is ufw, widely used by system and network administrators to easily and quickly configure their firewalls.

Installation and commissioning of Ferm

Ferm installation is really simple, it is currently in most repositories of the different Linux-based distributions, in our case we have used the latest version of Debian to carry out all the tests that we are going to show you. To install this program, which is an iptables frontend, we must execute the following command:

Once we execute this command, we should see something like this, where we will be shown the additional packages that we have to install, basically we have to install Perl to be able to run this program correctly.

The Ferm installer will tell us that it will load the firewall rules during startup from the /etc/ferm/ferm.conf path, that is, everything in this file will automatically be passed to iptables to allow or deny traffic network. The default configuration of this firewall allows us to have access by SSH remotely through port 22, if you do not have SSH configured on this port, then you will have to edit the default values ​​and click on “no” so that it does not start, otherwise, you will lose connectivity. 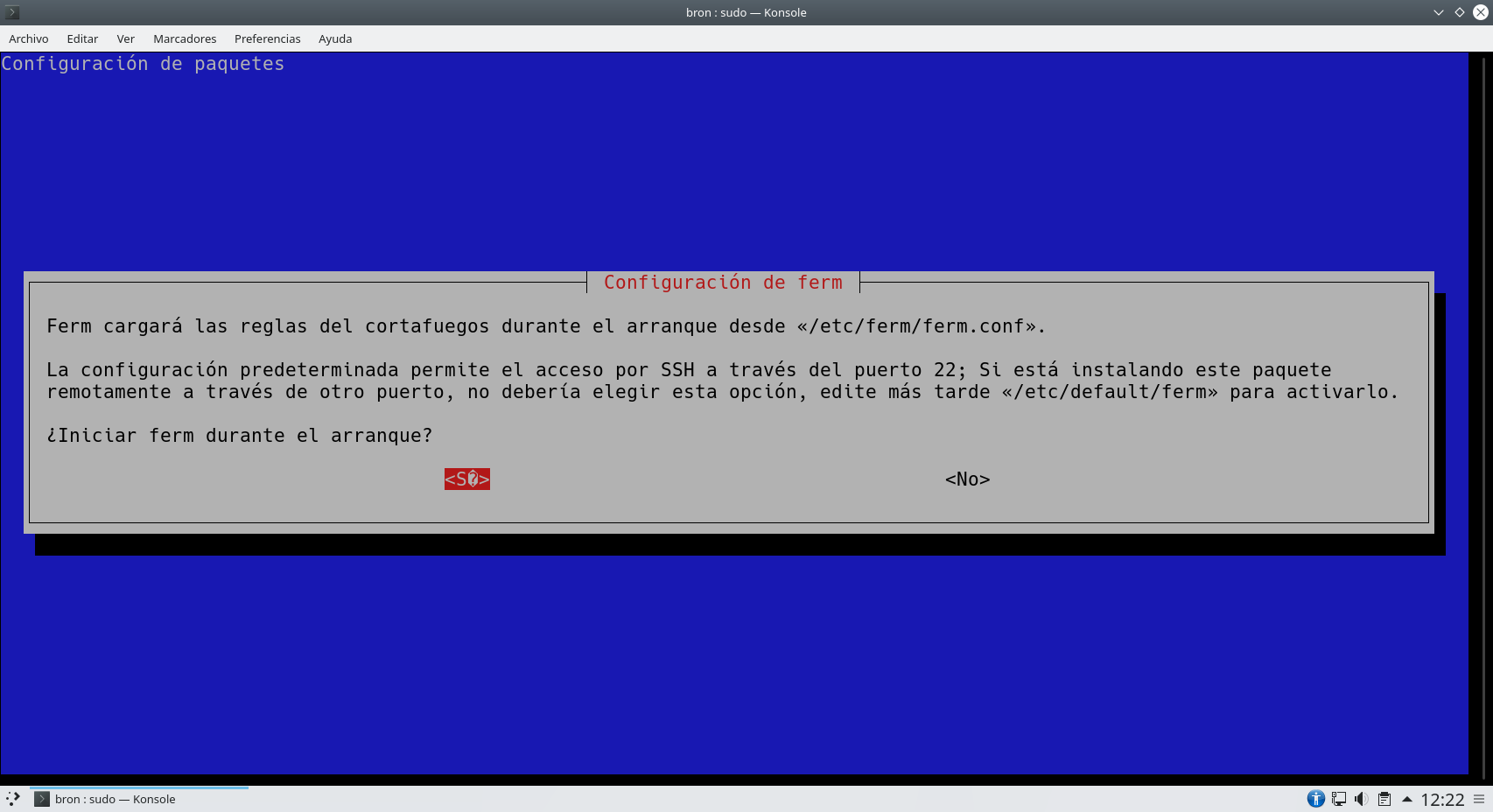 Once we have chosen yes or no, apt will finish installing all the additional packages that we need to make this program work. 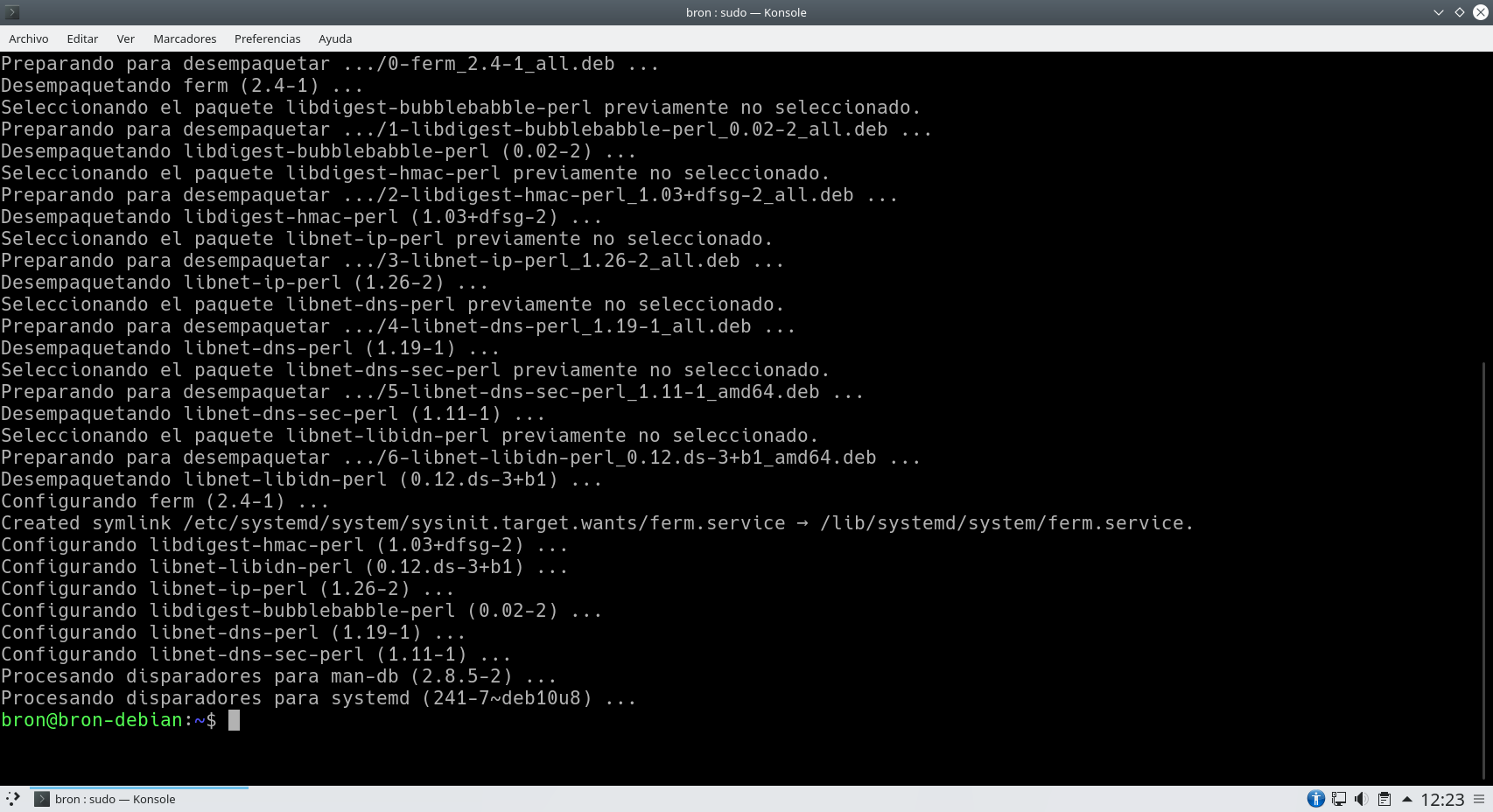 Ferm already comes by default with a list of rules that we can delete at any time, but this will help us deal with the syntax of this iptables frontend, therefore, it will be quite helpful. If we look at the syntax, we will see that it is similar to nftables, but it is based on iptables.

In the following screenshot you can see how the domains where it is going to be configured (iptables or ip6tables), the tables and chains, as well as the rules that we have within the different chains are declared. 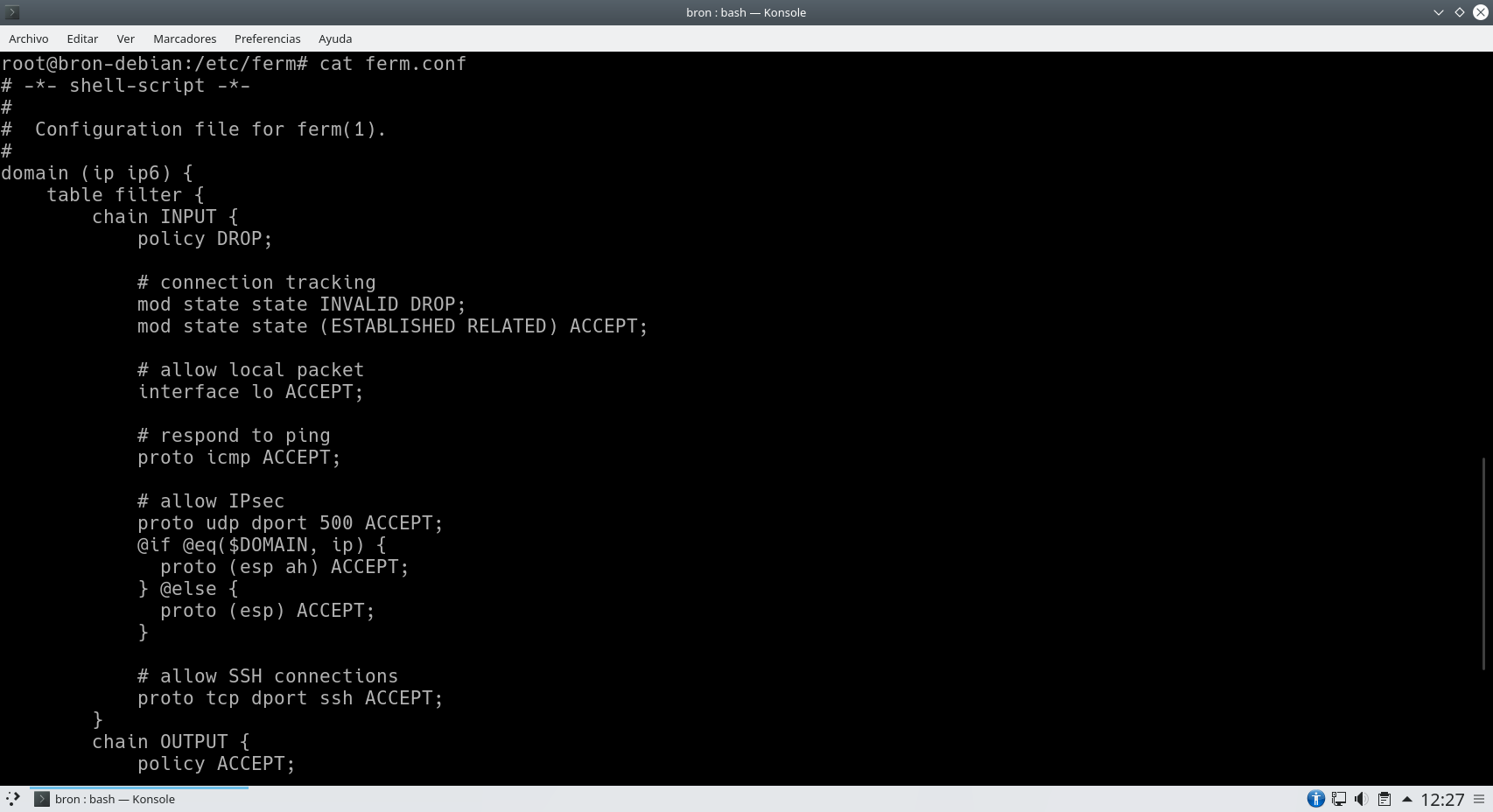 We can also see that we have several rules by default: 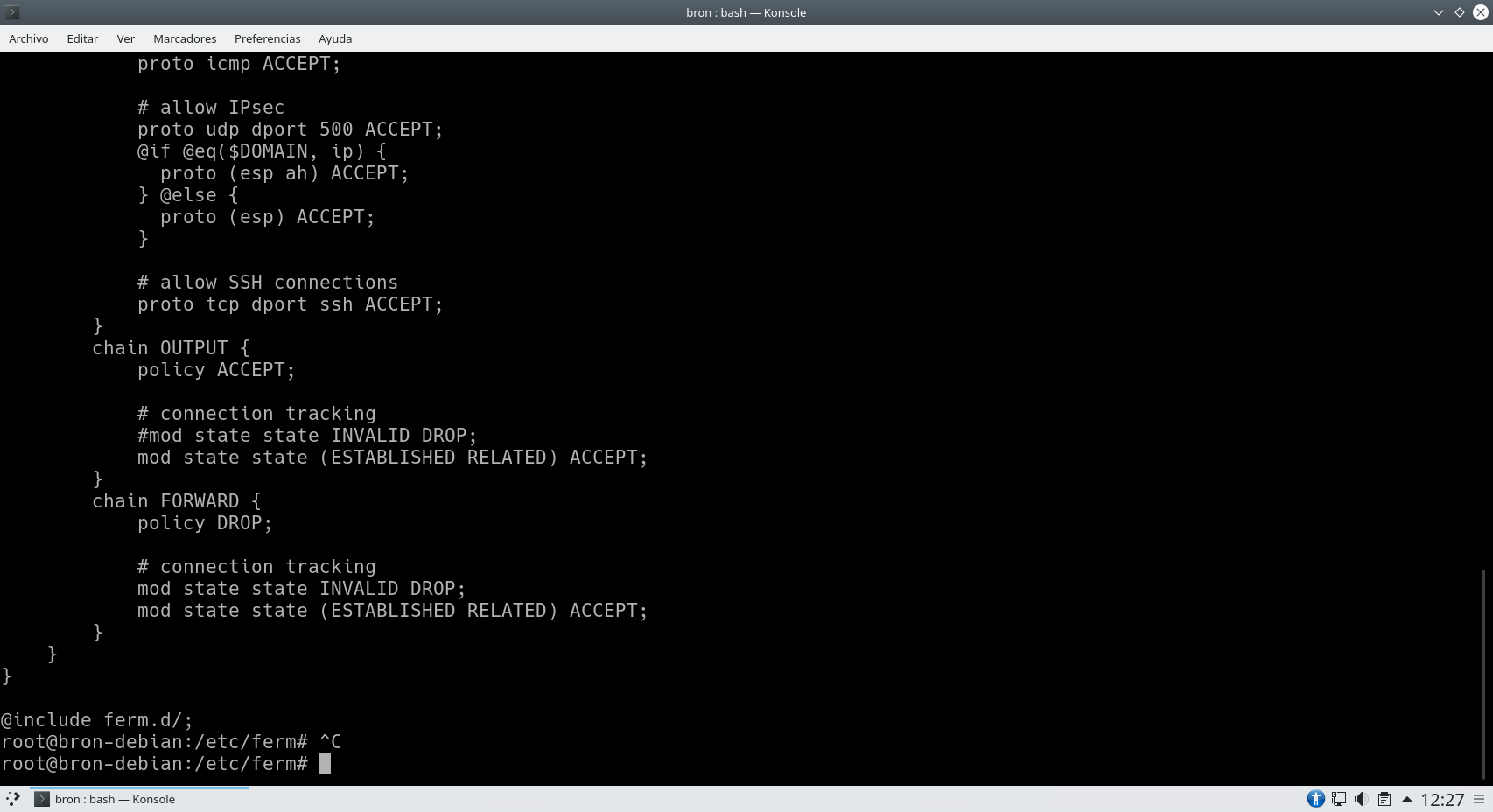 Next, you can see this configuration file in text format:

This Ferm firewall below uses iptables, therefore, if we execute the following command:

We can see the current state of iptables with all the rules that it has incorporated into the firewall:

Once we have seen the default Ferm configuration, we are going to see different configuration examples that we can do.

Ferm’s syntax is very simple and flexible, but we must learn it to make a correct configuration. We recommend you access the official Ferm manual where you will find all the details about the syntax to use and how the different rules should be declared in the configuration file, thanks to this official manual we will be able to configure this firewall without many problems.

The first thing to keep in mind is that all Ferm rules begin and end with braces, and the rules end with a semicolon, therefore, it is a well-known syntax in programming. Other interesting features are that line breaks are ignored, and you can put comments anywhere by putting “#” to the end of the line.

Regarding the syntax of iptables and ferm, we have some differences:

In Ferm there are no commands like -A, -I, -C, -R or -D, since everything is written in a configuration file, the same happens with the commands to add a new string, rename it or delete it, now here disappears completely. Other features are that ferm allows you to inherit different rules to be used within other rules, nesting in the configuration file.

Once we know roughly how the syntax is, we are going to see some examples comparing it with iptables, in all of them we will work on the «filter» table in the «INPUT» chain.

In ferm this would be written as follows (adding the policy of the OUTPUT and FORWARD chain from the filter table):

Ferm allows us to define the same rules in the INPUT and OUTPUT easily and quickly, without the need to repeat the rules over and over again. For example, let’s imagine that now we want to accept the TCP protocol both in the INPUT chain and in the OUTPUT chain, this in iptables would be as follows:

With Ferm it is as simple as doing the following:

As you can see, it is much faster and easier to apply this same rule to both the INPUT and the OUTPUT.

This firewall also incorporates very interesting functions, for example, we can check if a variable or function is defined, we can check if two values ​​are the same or different, deny a Boolean value, resolve domains directly from Ferm, concatenate parameters and a long list of functions .

Ferm also allows you to “load” the iptables modules to use them, and configure the firewall in an advanced way, for example, we have the following:

That we can put throughout the entire configuration file.

To apply the rules introduced in Ferm, we will have to execute the following command:

Ferm allows us to easily and quickly import the iptables rules that we currently have in execution, in a Ferm file for later modification. In order to do this, we will simply have to have the iptables rules loaded in memory (currently in use) and execute this command:

When we run it, we can see the iptables rules directly in Ferm’s syntax.

If you want to transform the iptables rules that you have in a text file to Ferm, you can execute the following command:

As you have seen, ferm is a great iptables frontend that will allow us to configure it in an advanced way, without having to learn the syntax of iptables and organize the rules correctly in a configuration file. However, in our opinion, we believe that setting up a bash script with all the iptables rules correctly does not require any frontend or additional software, although some people may find it useful. We must remember that Nftables already incorporates the possibility of configuring the rules directly in a configuration file, and not only interactively through console commands.

What is military grade encryption and how does it protect us 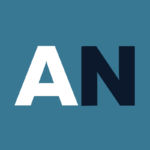 Tianguis and markets will accept card payments in CDMX