It seems that Microsoft is making it difficult to run Windows 11 on a large number and variety of hardware, especially if it is not recent and does not meet certain requirements. Seeing this situation, that Windows 7 is officially “defunct” and that Windows 10 may not shine on those computers, we are going to publish a list of Five Linux Distros That Could Bring An Old Laptop To Life.

Of course, when we talk about an old laptop, we are not referring to what some may be thinking. In this post we will focus on old 64-bit x86 computers, because those computers exist, although in a large part of the collective imagination it is not like that. More concretely, we will put the ground on the Intel Core 2 Duo, the generation of processors that, together with the Core 2 Quad, ended up standardizing the 64-bit x86 processors 15 years ago in the consumer market.

The extremely long life that Windows XP enjoyed, together with the fact that applications compiled for 64-bit x86 did not begin to be standardized in Windows until approximately 2011-2012, ended up generating in the collective imagination the idea that the processors of this architecture has been with us for a few years.

In fact, few remember the hype that arose around Battlefield 3 when Electronic Arts announced in 2011 that it would require Windows 7 64-bit as a system. At that time Windows XP was still widely used, which aroused the complaints of many users, but DICE and Electronic Arts remained firm and did well, because that was the beginning of a technological leap necessary for video games to take better advantage of the processors that They have been with us for years.

Returning to the subject, we will proceed to give some advice prior to the change of operating system and to mention the five Linux distributions that can bring life back to that old laptop that uses, above all, an Intel Core 2 Duo (or some generation of processors not very later). ).

Changing the operating system is quite a “traumatic” process for a computer, so Before starting to do anything, it is very important to make a backup of your personal data that are housed in the storage unit.

The use of backup software can end up being complex, especially if we take into account that it must have support for Windows and the Linux system that has been chosen. Seeing the situation, it is preferable to resort to the typical copy and paste to an external USB hard drive and then check how much it occupies and the number of files stored by each of the folders (or at least the most important ones) to see if the copies coincide with the original versions.

Another tip is to start switch applications such as Microsoft Office to LibreOffice or ONLYOFFICE and to equivalent solutions that have Linux support. In this way, the impact of the migration from Windows to Linux is reduced as the user is used to using the same applications on both systems.

And before proceeding to install on the real machine, you can test in a virtual machine to learn the basics of your chosen Linux distribution. Here VirtualBox solvent is a good option.

Now yes, and trying to mention systems that have good third-party support, we go with the list of Linux distributions for old laptops.

We start with one of the kings of lightweight distributions: MX Linux. For those who do not know, it is a lightweight Linux operating system derived from Debian and that stands out for not using systemd and for including a series of graphical tools that make it easy to use. The current version, which is 21 “Wildflower”, is based on Debian Bullseye, the best release of the mother distribution in many, many years.

MX Linux is a system purposely developed to be lightweight, making it an excellent option for resurrecting that decade or more laptop. Another important detail is that maintains support for 32-bit x86, but processors such an architecture might not be competitive today even for home use, especially considering the amount of memory currently consumed by web browsers. Images are also available with the KDE Plasma desktop environment, which should work fine if you have a Radeon graphics, and with the Fluxbox window manager.

In short, MX Linux is possibly the best option to revive that old laptop thanks to the fact that it combines a light environment, graphical tools that facilitate the use or management of certain parts, and good third-party support as it is a derivative of Debian. 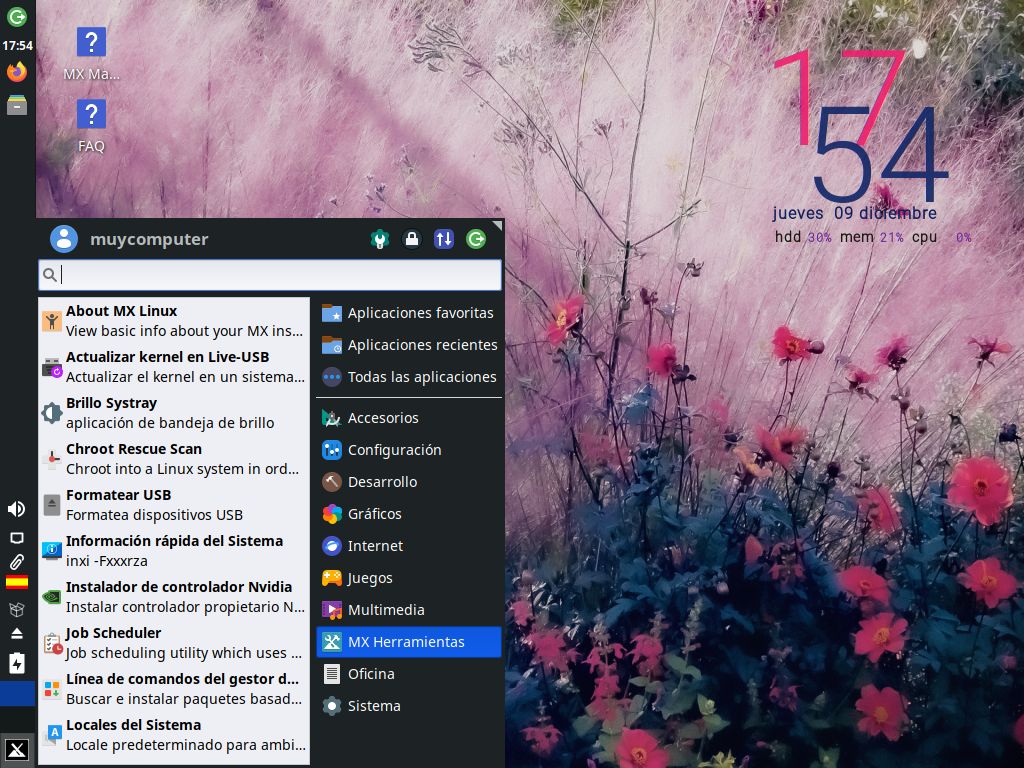 Second we put a trustworthy old woman, Debian, this time with the MATE desktop environment.

Debian uses GNOME as the default desktop, but this is very heavy for older computers that do not have a graphic with a minimum of power, so in the installation process it would be advisable to select MATE, which stands out for being light. As an alternative way, you can use some of the live media made available for some time.

The stable branch of this distribution It uses old and polished software. This makes it recommended for use on older computers. in which the good operation must be opposed to having recent versions of the software, since it is assumed that the support for the hardware has been correctly covered for years.

For the rest, a veteran distribution that has proven its worth for decades and that continues to be the great technological base of Linux, especially thanks to the popularity of Ubuntu. Of course, its installation and configuration can be a bit cumbersome for those who do not have minimal knowledge, so it would be advisable to practice with a virtual machine before jumping into the pool. 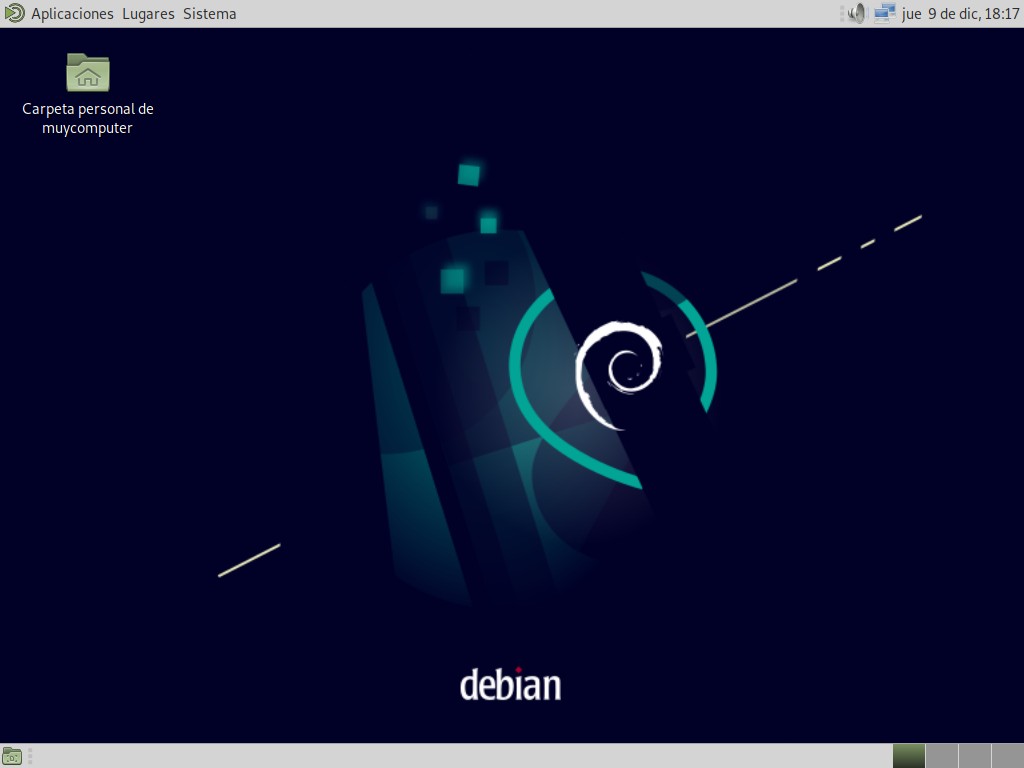 Puppy Linux is another of the kings of lightweight Linux systems, but that is probably a bit rougher to install than MX Linux.

Puppy is based on Ubuntu LTS and stands out for use the JWM window manager (Joe’s Window Manager) as a graphical interface. It is important to note that, in desktop-oriented Linux operating systems, it is not strange to see that the desktop environment itself ends up hogging more resources than the rest of the system combined. Consequently, this is the main face on which cuts must be applied if fluidity is to be achieved.

The user is some interesting tools are pre-installed, such as the one to configure the firewall and the Samb servera to connect to Windows computers (and also other Linux and macOS) over the local network.

Finally, it maintains binary compatibility with its mother distribution, benefiting from all the third-party support available for Ubuntu. 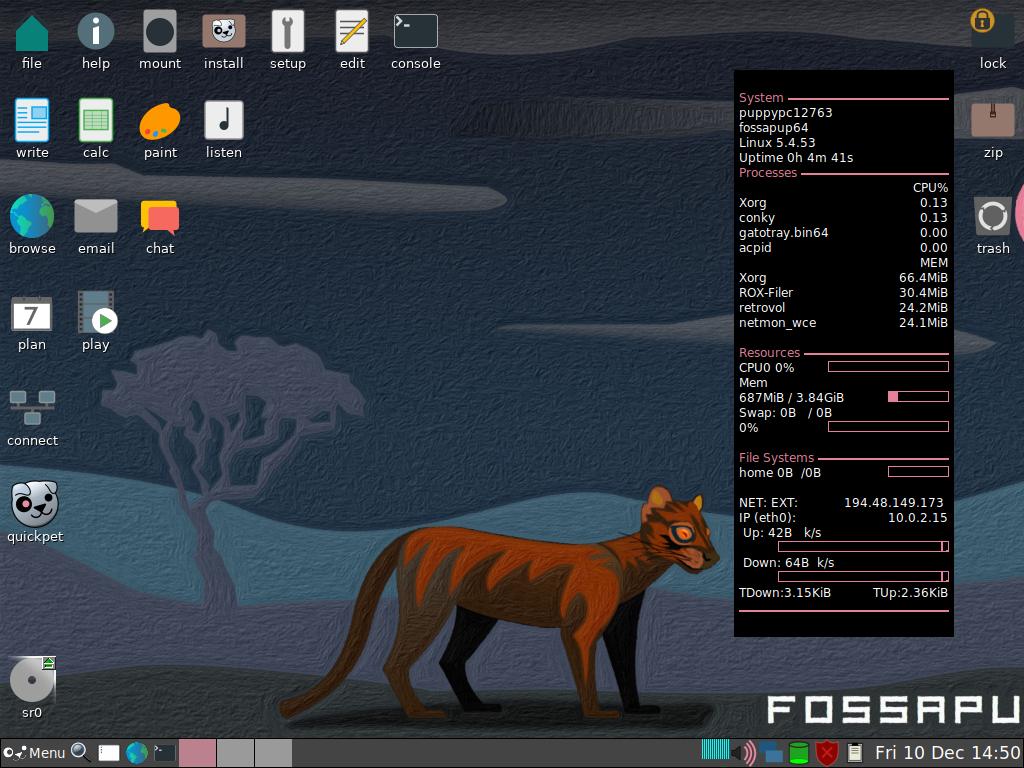 openSUSE is one of the most graphical distributions of the Linux spectrum, mainly thanks to YaST, a powerful administrator-level configuration panel. This detail makes it one of the best options for newcomers to the Open Source system.

openSUSE has an edition called Leap, which has a tight software suite that is in sync with SUSE Enterprise Linux, so, in theory at least, it should offer a lot of stability. On the other hand, it has traditionally been quite a laptop-friendly system, so it is ideal for the context at hand if combined with the Xfce desktop, which is readily available in the installation process.

However, not all are wonders around this distribution because it is somewhat cumbersome to install, although in extreme cases you can always resort to automatic partitioning. 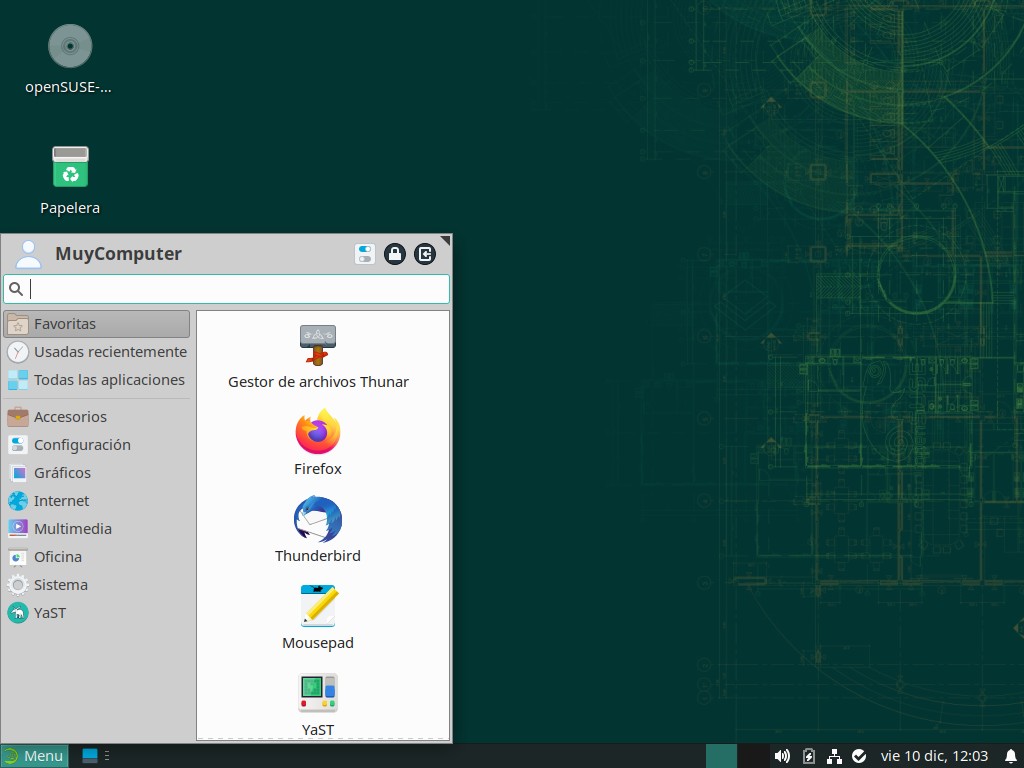 AntiX, which is the last distribution that we are going to mention in this article, is another of the queens of low resource use in Linux and also does not use systemd. Being branch based testing Debian (Bullseye in the case of the latest version), uses IceWM for the graphical interface and according to those responsible it should work even on a computer with only 256MB of RAM, requiring a minimum of 5GB for storage.

With this system we give a twist to the original purpose of the article, since AntiX points more towards machines that use a 32-bit processor than a 64-bit one, although it does make available official compilations for both architectures.

Being based on Debian and using Deb packages should allow the installation of some popular applications such as Google Chrome and other Chromium browsers such as Brave and Vivaldi. Of course, if you really want to bet on free software, it is advisable to use options such as Firefox, LibreWolf and / or the aforementioned Brave. 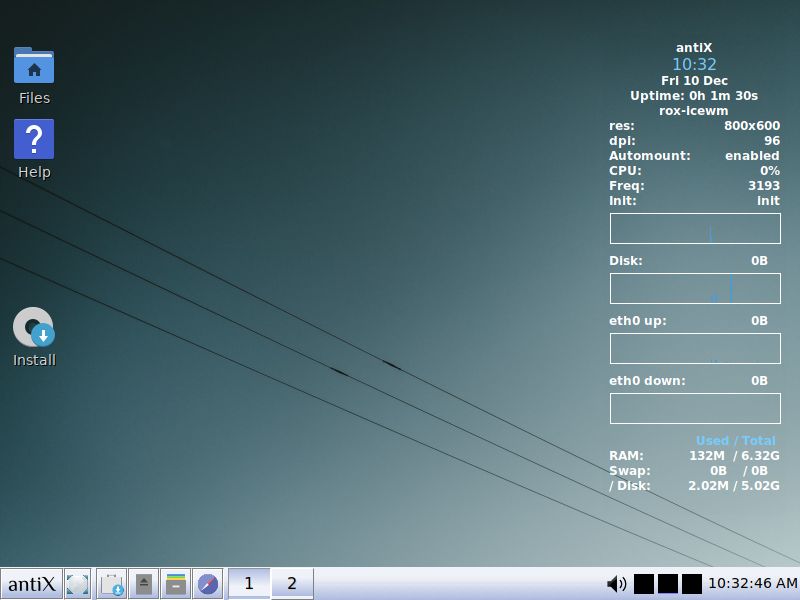 And despite everything, the GPU is the most determining factor

Linux is an operating system that has “always” claimed its place to keep old hardware alive, however, for a decade and a half the situation has not been as linear as it seems due to the great power that processors have.

Fedora Workstation is one of the heaviest Linux operating systems out there, if not the most. On this front it can perfectly compete with any of the recent versions of Windows, and it is that, far from what the myths maintain, today there are desktop-oriented distributions as bloated as the Microsoft system in order to offer maximum automation possible.

Fedora Workstation, which uses GNOME as its desktop, isn’t the smoothest experience on an older machine, but what machine would it take to run it properly? Well, with an Intel Core 2 Quad, 8GB of RAM (with 4GB too, although probably going somewhat fair) and a supported NVIDIA graphics or a Radeon that works with AMDGPU (the floor is apparently set in the Volcanic Islands family) it would be enough to get a decent experience.

If we say a decent experience, obviously we are referring to that the user will have a correct operation and without major surprises, but it could also obtain a greater fluidity using some of the distributions mentioned in this list.

The first Intel Core 2 Quad models saw the light of day in 2006, 15 years ago. This means that an old computer can handle a heavy Linux system without major problems, the main obstacle being the graphics. However, a Core 2 Duo does aim to go just right to offer a smooth experience with a heavy Linux system.

PS5, Xbox or Nintendo Switch gifts that come to you for Kings

How to hide apps from your iPhone screen (without uninstalling them)