Why are Batman Funkos special?

Funko has been with us for a little over 24 years now. It was in 1998 when three friends decided to develop products based on their favorite characters with a very particular design, which over the years ended up becoming the Pop we know today. Even then, one of the first figures they released had to do with Batman, with a model known as Funko Force that, later when it was transformed into a Pop model, printed on its box the very number 1 of the DC Universe collection. Green Lantern and the Joker were two other of the celebrities of comics that landed in stores.

Batman Funko Pops are not rarer than other figures, but they are much more in demand due to the character’s own influence. Batman is a real magnet for fans of these toys and with the number of comics, movies and series he has starred in, it is very easy to find variants that put faces and eyes on such well-known actors as Adam West, Michael Keaton, Christian Bale, Ben Affleck, Val Kilmer or George Clooney.

Another feature that leads collectors to go crazy with the Batman Funko is that there are many models of figurines that are already completely discontinued, which automatically means that they become collector’s items with a rising value. Some of these exclusive first editions are already valued at hundreds of dollars, reaching in extreme cases reaching and exceeding 4,000, as is the case in the figure below (right).

Movies, series, comics, there are Funkos of everything!

The list of Batman Funko figurines is endless and practically all of them have their audience, who look for them to complete their old collections. The Dark Knight’s first appearance came in Detective Comics 27.in the year 1939, and since then we have seen the series of the 60s starring Adam West and, of course, the films of Tim Burton and Joel Schumacher, the Dark Knight trilogy, the DCEU (DC Extended Universe) of Warner with his battles against Superman or the batman played by Robert Pattinson. of all the above you have both independent figures and the so-called movie moments or the rides, that you show us the bat man on top of one of his sophisticated vehicles.

Moreover, not only movies and series or comics attract attention. The Funko Pop have known how to carve out a lot of fame among gamers, and that’s why we also have figures based on the sensational Rocksteady trilogy of the Batman Arkham Asylum Y batman arkham knight (of batman arkham city there were plans to manufacture them but they ended up being cancelled).

How is the Funkos Batman collection?

The collections that include the bat man are characterized by being very varied, and almost always feature more than one Batman, as well as villains and allies from the movie, series, comic or video game on which they are based. This is the case of the most recent collection of batman where, of the six figures, half are different versions of the Dark Knight, which causes the fan and collector phenomenon to multiply more every day.

And it is that Batman has the honor of being the character with the most figures manufactured by Funko within its different product lines, and the only one that can come close to it is Spider-Man, at a starry distance.

These are the best Batman Funkos

In any case, despite this huge number of versions, We have selected ten that, with them alone, already suppose having a privileged collection of one of the most popular superheroes on the planet. Their value, their rarity, that they are discontinued or the fidelity of the figures have weighed in choosing them. Here you have them. 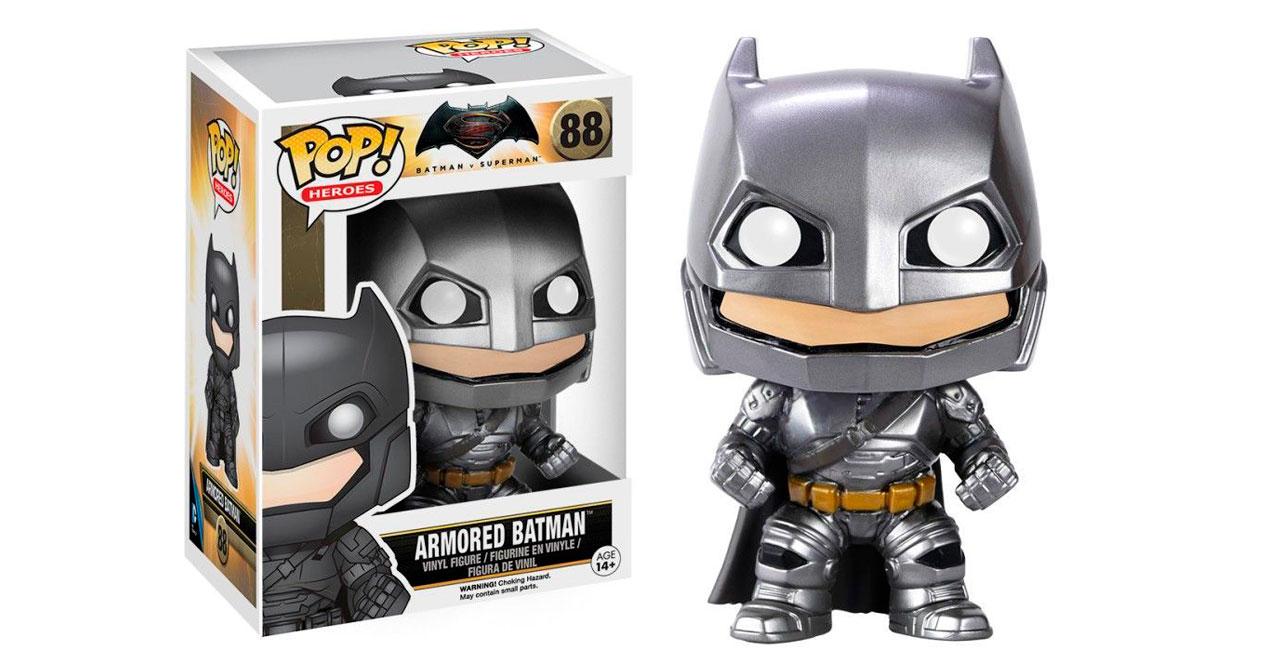 Although the film from which it comes may not have pleased many (batman v superman), this figure is a very good representation of what is possibly the best scene of all. The feature that makes it highly sought after is the fact that it was exclusive in its day from DC’s discontinued subscription box, the DC’s Legion of Collectors. 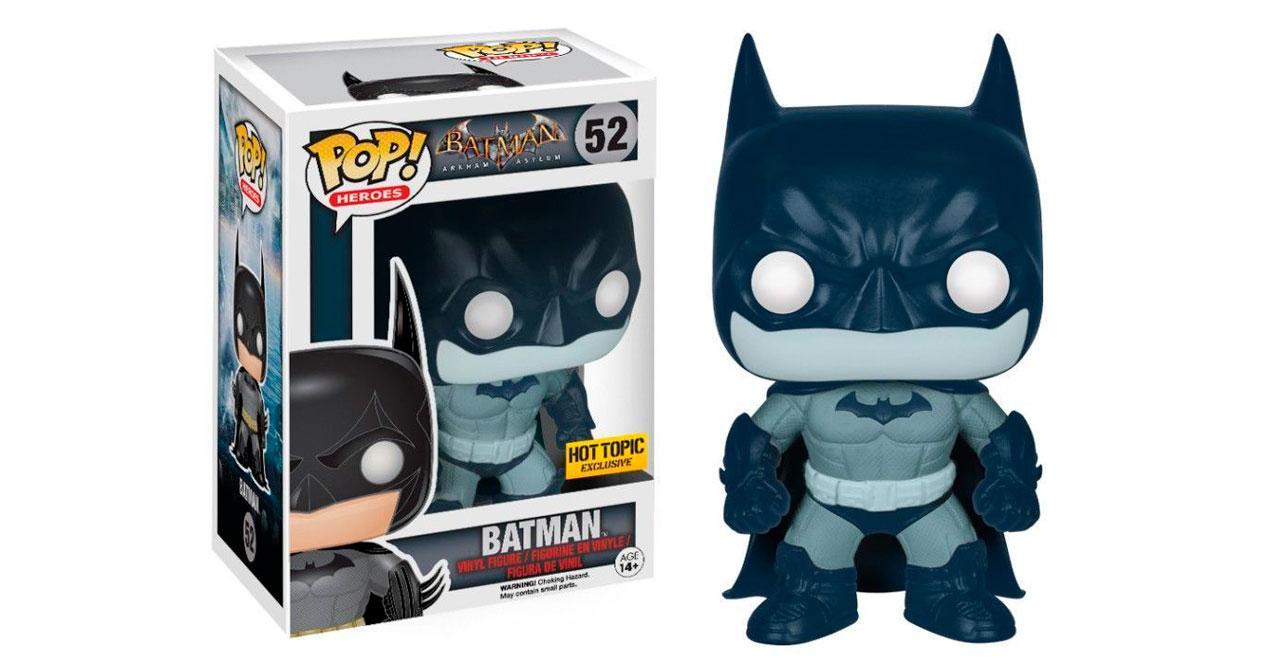 Despite not being a very difficult figure to achieve, it sneaks into our top thanks to its design. For those of you who have played a title in the saga batman arkham from Rocksteady, here’s the batman with his detective vision working, just like in the game when we wanted to look around the stage for clues. 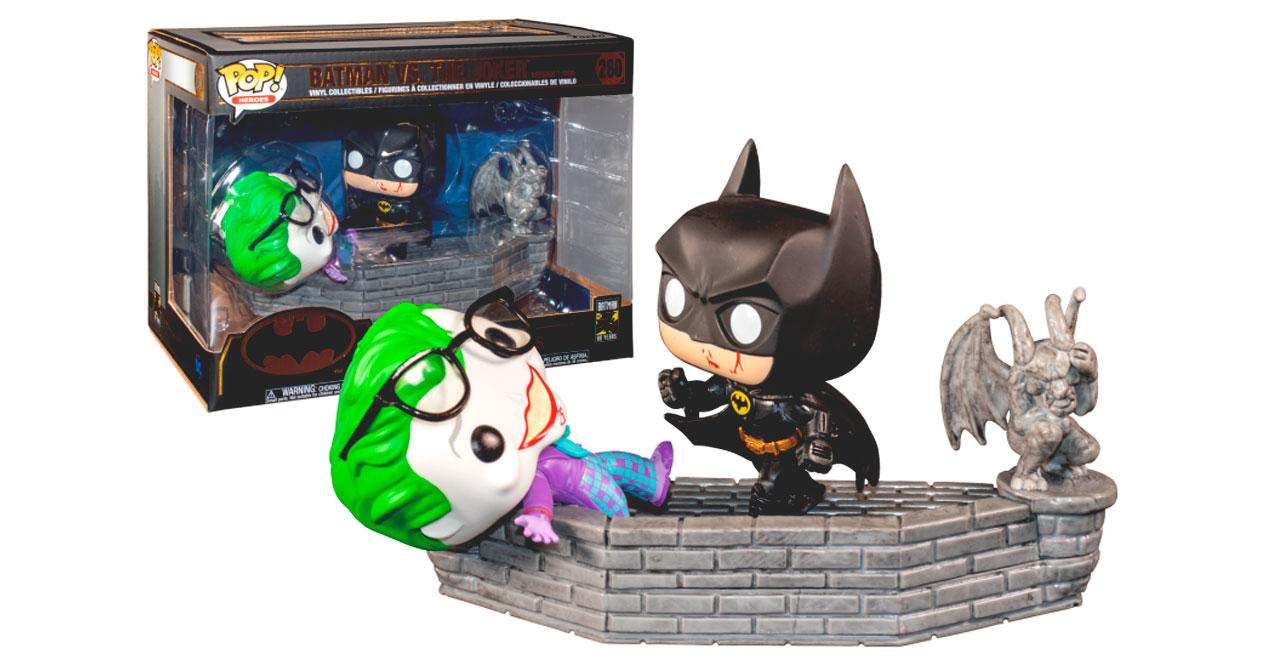 Taken from the climax of what is undoubtedly a classic within the superhero genre, this figure stands out for its details such as the gargoyle, which is the same as the one in the feature film, or the fact that the Joker wears the glasses taken from a previous scene in which the villain asks Batman if he would hit someone with a pair of boots. 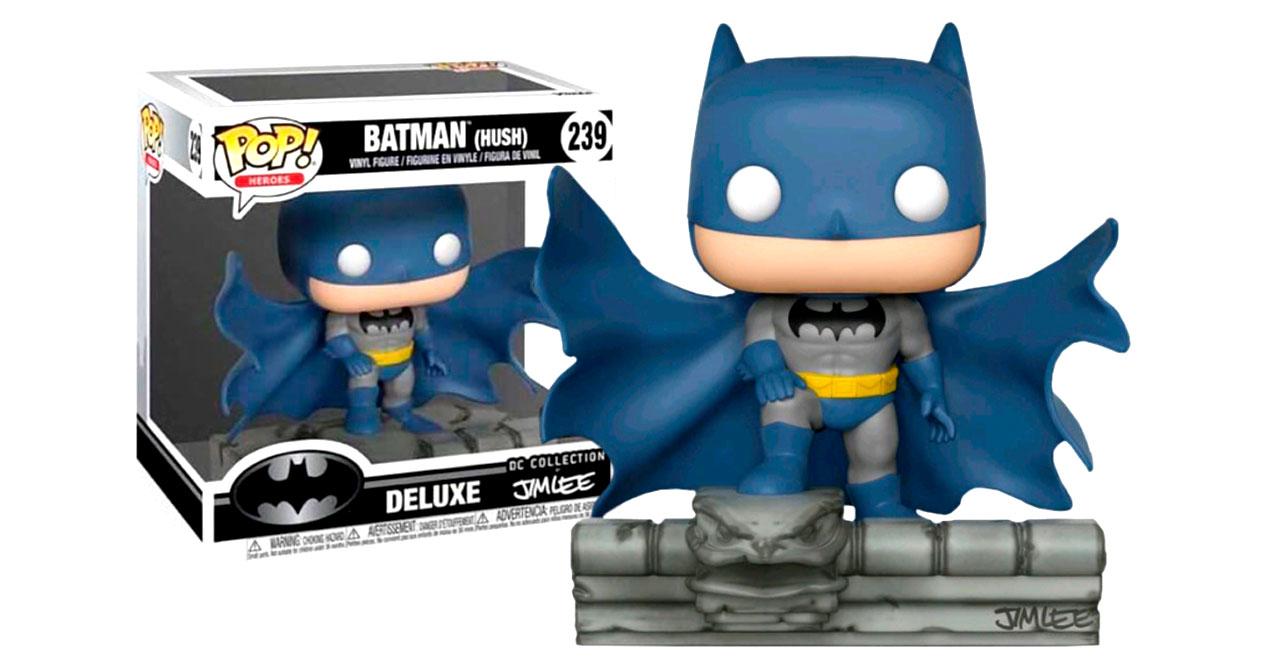 If we put aside the fact that this figure is a perfect representation of one of the most famous Batman vignettes, one feature that makes it stand out is that it belongs to the collection of figures that represent comics drawn by the legendary Jim Lee. 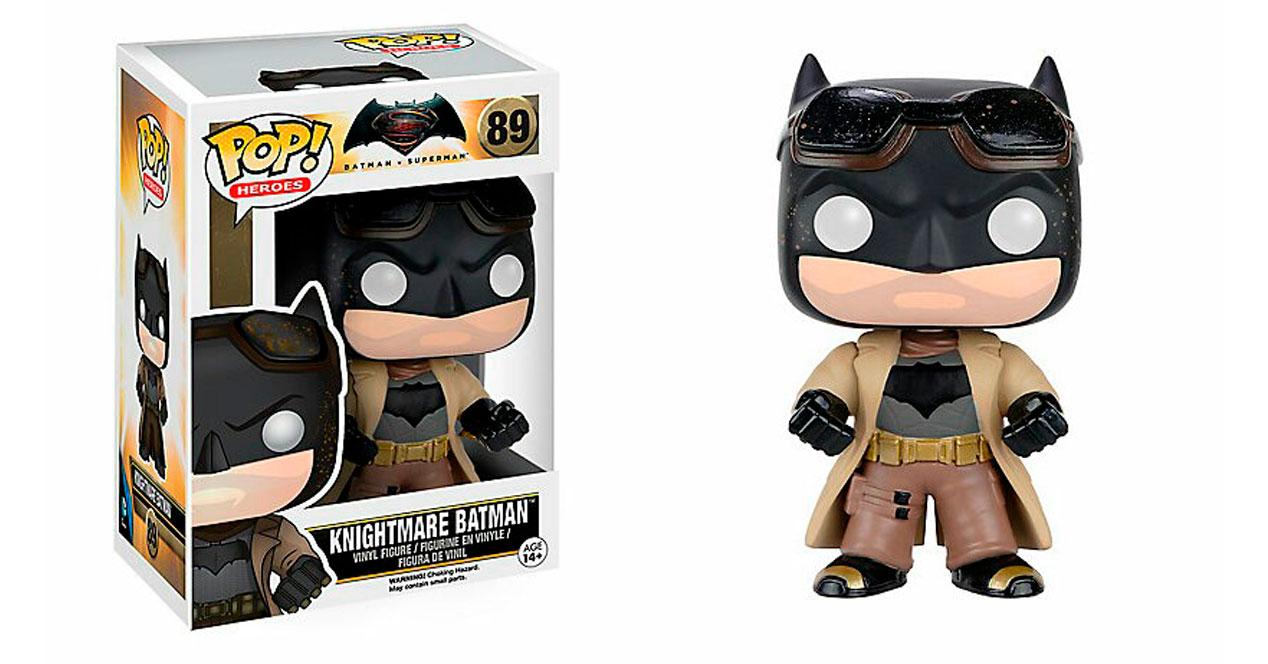 What makes this figure different and what allows it to enter our select Top 10, is that despite being from 2016, It has a fairly high level of detail.especially the sand on the floor scattered by Batman’s mask and goggles. 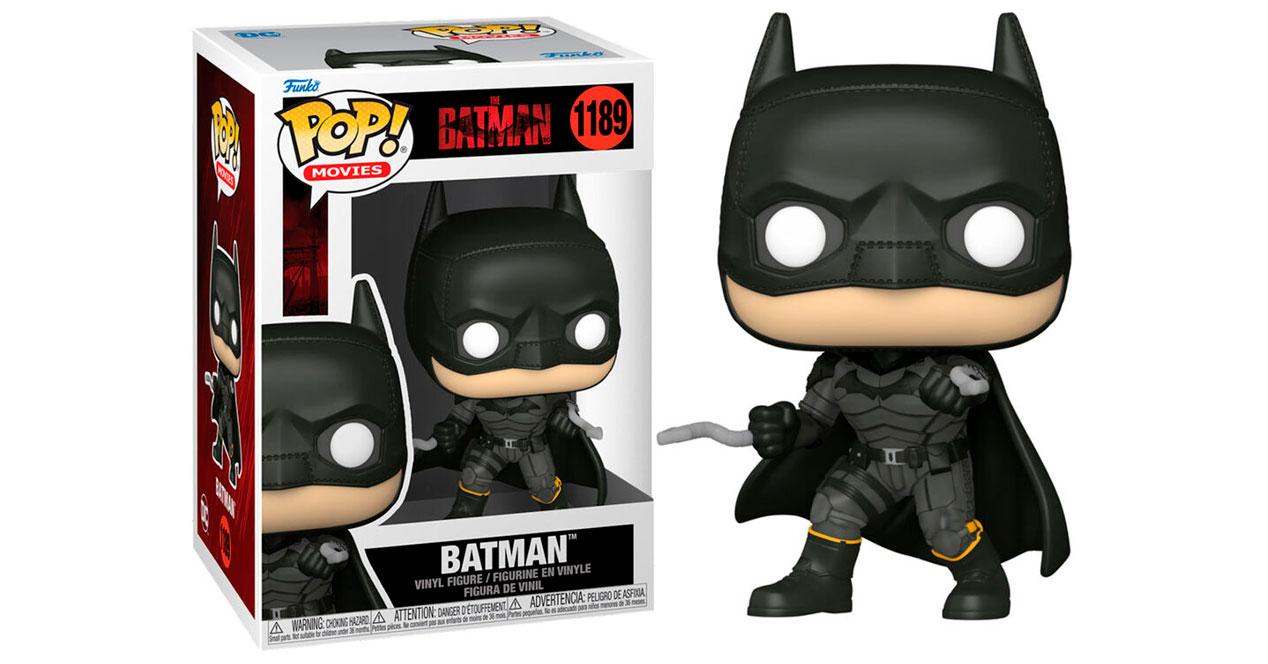 In March 2022 the film was released and, without a doubt, it has left us with some of the best interpretations of the classic DC characters. This figure presents us with the batman in a very classic pose throwing the hookswhich are one of his most recurrent weapons in TheBatman. 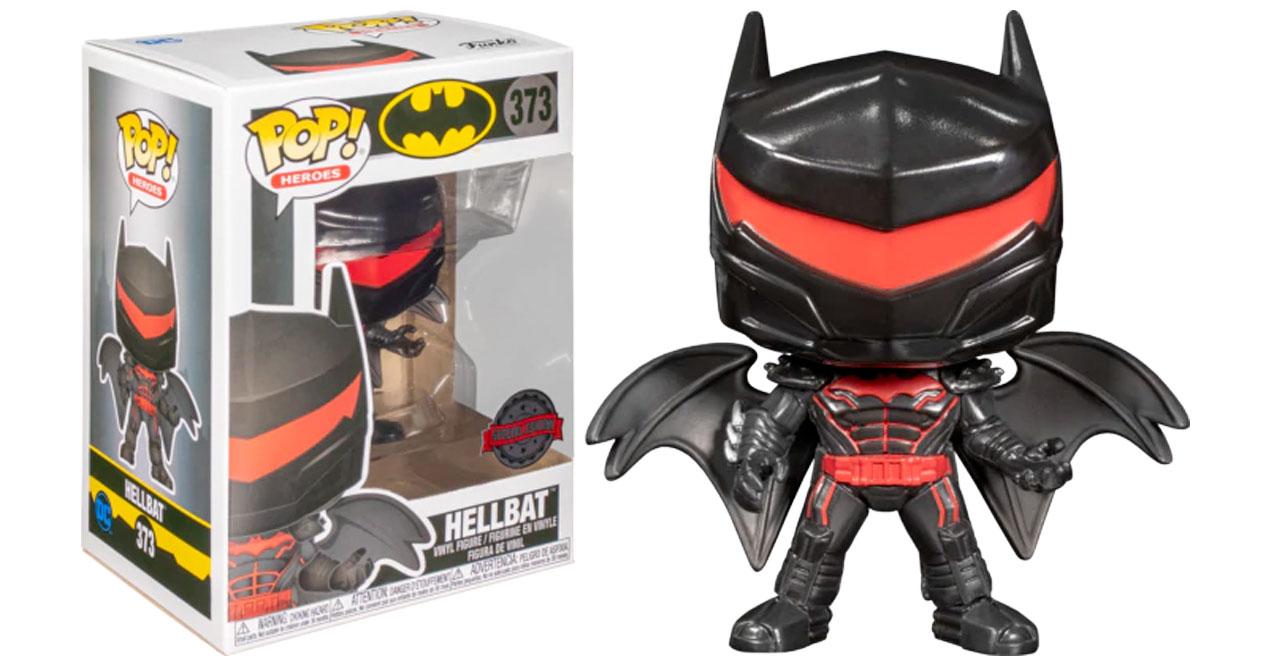 The saga of comics that brought us the Dark Knights are, without a doubt, some of the most representative of recent years. This Hellbat it has a monstrous level of detailin addition to being exclusive to a store not very common for Funko: the Big Apple Collectibles. 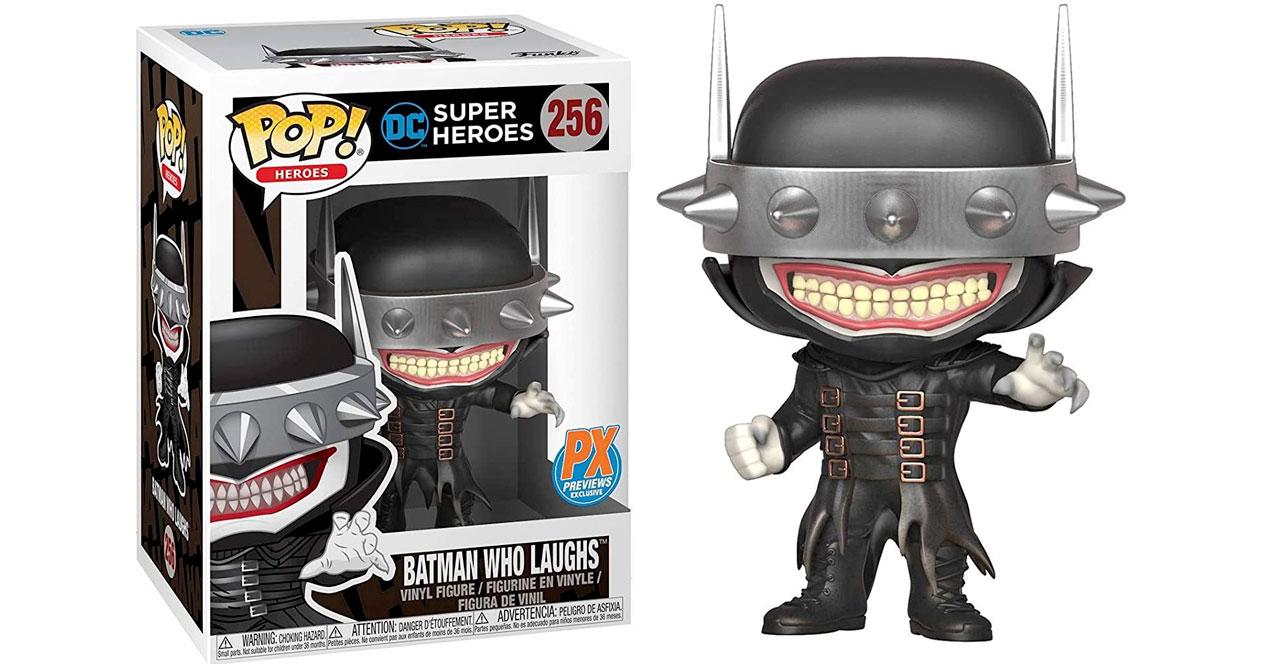 The batman who laughs he is the most famous member of the Dark Knights. What makes this figure so sought after is the fact that came out when these characters weren’t so loved by fans, so many who have now been interested in the most cruel and villainous version of the hero embodied by Bruce Wayne, are eager to get it. In addition, he perfectly conveys the fear that he provokes in the comics to all who cross him. 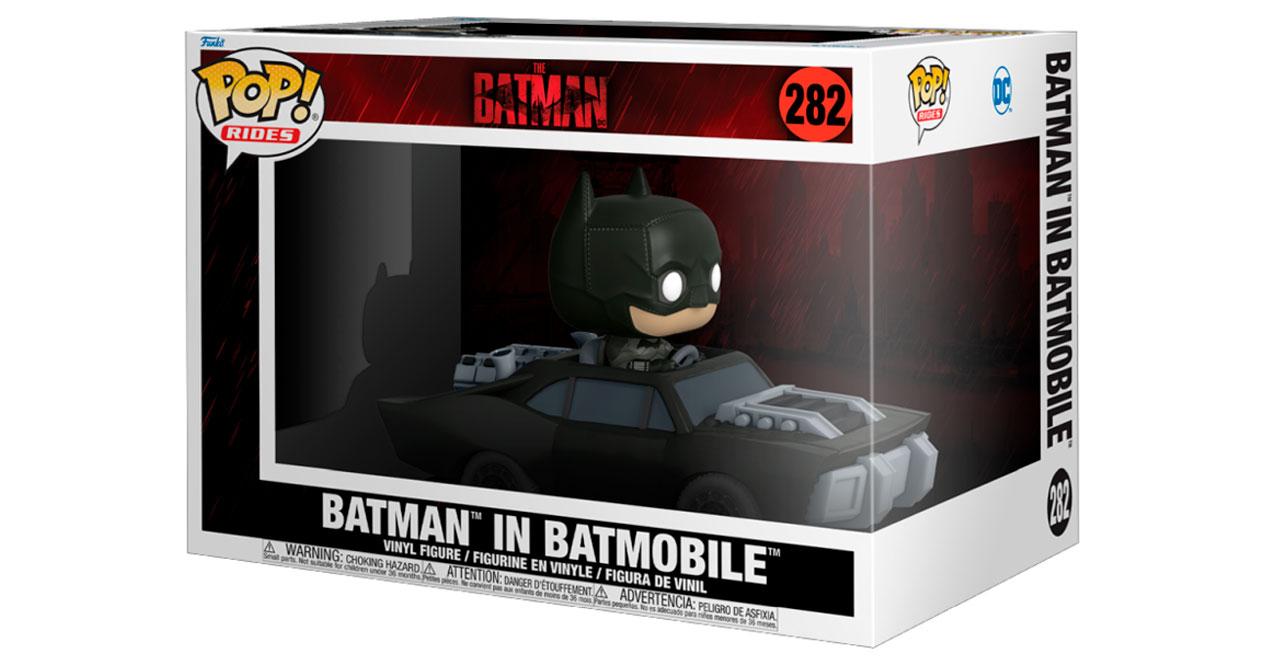 since it premiered batman their figures have skyrocketed in value. Especially two: Enigma and the one we bring you here. In the absence of other movie batmobiles in Funko format, this piece takes us to one of the most exciting scenes from the film directed by Matt Reeves. If you are interested in acquiring this vehicle, do it now before the price continues to rise and skyrockets.

And in the first position (for us) we have another movie moment and it is that these, for obvious reasons, have a high level of detail and fidelity. This piece has two elements that make it very special. First we have a bat signal with light. This technique was used by Funko a few years ago with characters like Iron Man and Darth Vader. 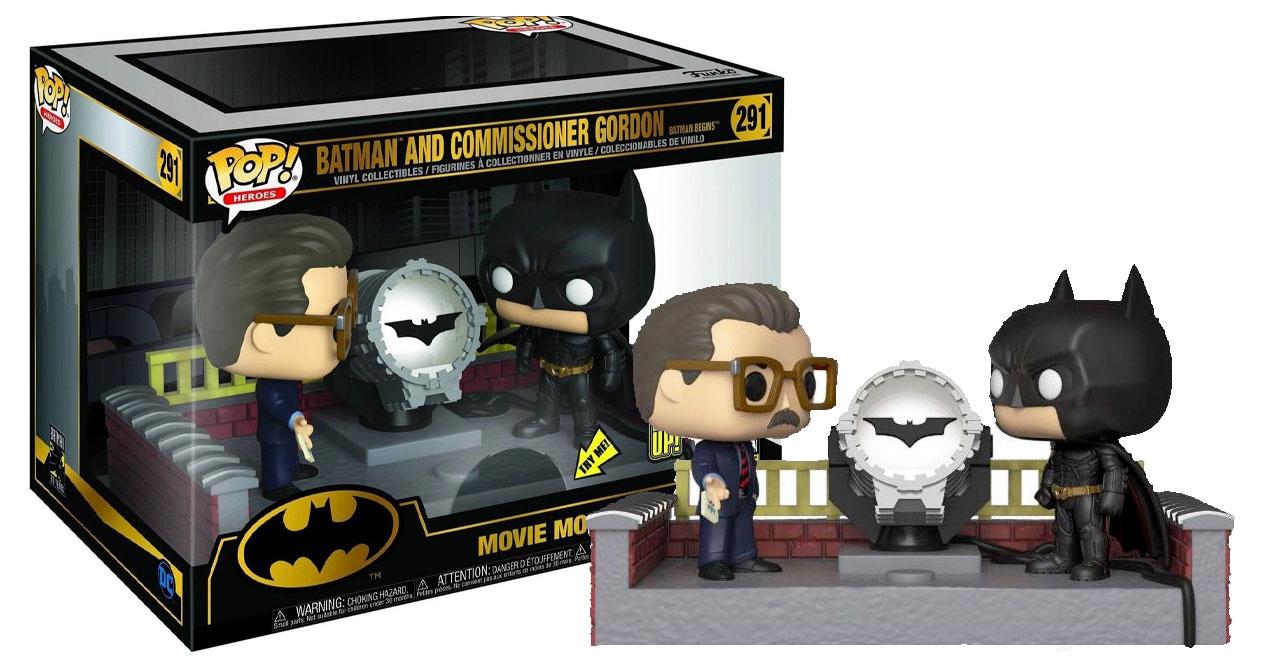 And secondly, that this scene contains today the only figure that has been made of Commissioner Gordon. Also, the fact that it is based on Christopher Nolan’s trilogy gives it a lot of extra points.

These Nintendo Switch games are on sale at Amazon, hurry!

13 tricks you may not have known about Alexa