Hell let Loose, the online multiplayer tactical game set during World War II developed by the studio Black Matter and published by Team17, has finally come out of its early access phase, and is therefore ready for our review.

Available not only on Steam but, from July 27, also on PS5 and XBox series X | S, Hell Let Loose he took us to the war camps of Normandy, aboard armored vehicles or carrying only a rifle; on vast maps and always in the presence of a team of “brothers in arms”.

As the title suggests, this is a brutal war simulation, in which a single bullet is able to send us back into the class selection menu of our character. Definitely not a game for the faint of heart.

Before starting our review of the Hell let Loose, here’s the launch trailer to get you an idea of ​​what we’re talking about:

In the hell of Hell Let Loose

Each batch of Hell Let Loose takes place in a vast battlefield where two teams, Americans and Germans, formed by 50 players 0 each, they face each other with shots of rifles, machine guns, grenades and large tanks that can be controlled (not without some initial difficulty) by a group of players.

The goal of both teams is one of the most classic: to capture the strategic points on the map, which will then also mark the advancement of the front for the two teams. In Hell Let Loose there are two game modes, Warfare and Offensive, and in both the map is divided into sectors that players will have to conquer and control.

There communication with other members of your team is perhaps one of the most important elements of the entire gaming experience. If we fail to organize with our comrades, devising an effective strategy to be adopted on the battlefield, we will probably not go very far. The spawn point will often be decided by our team leader and having a doctor at our side or, simply someone who covers our backs while trying to conquer a common goal, will in fact guarantee us a much higher time spent on the field. One of the fundamental requirements is therefore to be able to speak English well or, alternatively, to find an Italian group with whom to share the gaming experience.

In Hell Let Loose You can play different classes, each with different skills and weapons. Each team is made up of small groups of players where each has very specific tasks and a private chat (voice or written) in which to organize. The same thing applies to officers and commander of our entire army, who will be able to give strategic direction to the game through the calculated use of the game map with bombings and indications on where to concentrate efforts.

On the battlefield … without training

To launch a session we will have to join one of the many servers available (almost always in English), but it is also possible to decide to host a game.

Unlike what happened in reality, in Hell Let Loose you will be catapulted into the conflict without a minimum of training or, if you prefer, tutorials. During the first few sessions I focused mainly on the character, on what was around me and on what my teammates were doing. Once on the field, the advice is to listen carefully to what your Team Leader (if you were lucky to find a “communicative” one) will tell you throughout the match.

Our army will be divided into three different groups: Infantry, Armor and Recon composed of a variable number of soldiers, each with their own role that must be played in the best way to win.

For example: the players in the group Armor they will spawn near the armored vehicles in the rear, and must take command of them to unleash vast firepower on the front; something that the Rifleman or the Recons (snipers to put it simply) will not be able to do.

When selecting characters, you are also choosing the weapon sets that will be used during the match. For example, Rifleman and Support will be able to leave spare ammunition / explosives for their teammates. A decidedly fundamental role is instead that of the doctor: if you are lucky enough not to be blown up or die in an instant from a stray bullet, the doctor can treat you and bandage you to make you survive.

In short, a mix of roles, coordination and team spirit that is able to give life to a realistic and brutal battlefield experience like not seen for a long time on PC and console.

After being blown away by the speed with which I died the first time I found myself on the field of Hell Let Loose, things have started to turn for the right in this ambitious simulation of Black Matter.

After several attempts I figured out what I should do: forgetting the other hectic team-based multiplayer FPS and leaving nothing to chance, taking the time to do my job and seek team play rather than attempting to be the lone hero that I do. often happens to interpret. All this always with an open ear and an eye fixed on the screen waiting for an enemy to be killed, hoping that he would not spot me first.

Graphically Hell Let Loose does not scream a miracle but, given the type of game and the large number of players on the map, the result is anything but unpleasant. Unfortunately, nothing of the environment that surrounds you is destructible; an aspect of the game that won’t make you say “wow”, but still capable of entertaining thanks to the vast landscapes and textures you’ll find yourself kissing more often than you might think.

On the other hand, the audio sector is excellent, with explosions and sound effects that will make you really feel on a battlefield of the Second World War.

The whole experience, as already repeated several times, certainly gains if you play together with a team of friends, ready to give (virtual) life to conquer the next control point.

It may be discounted but don’t beat yourself up if you can’t use all the weapons right away (slots are limited by class) or if you die after a couple of minutes on the server. Over time you will be able to become skilled soldiers! 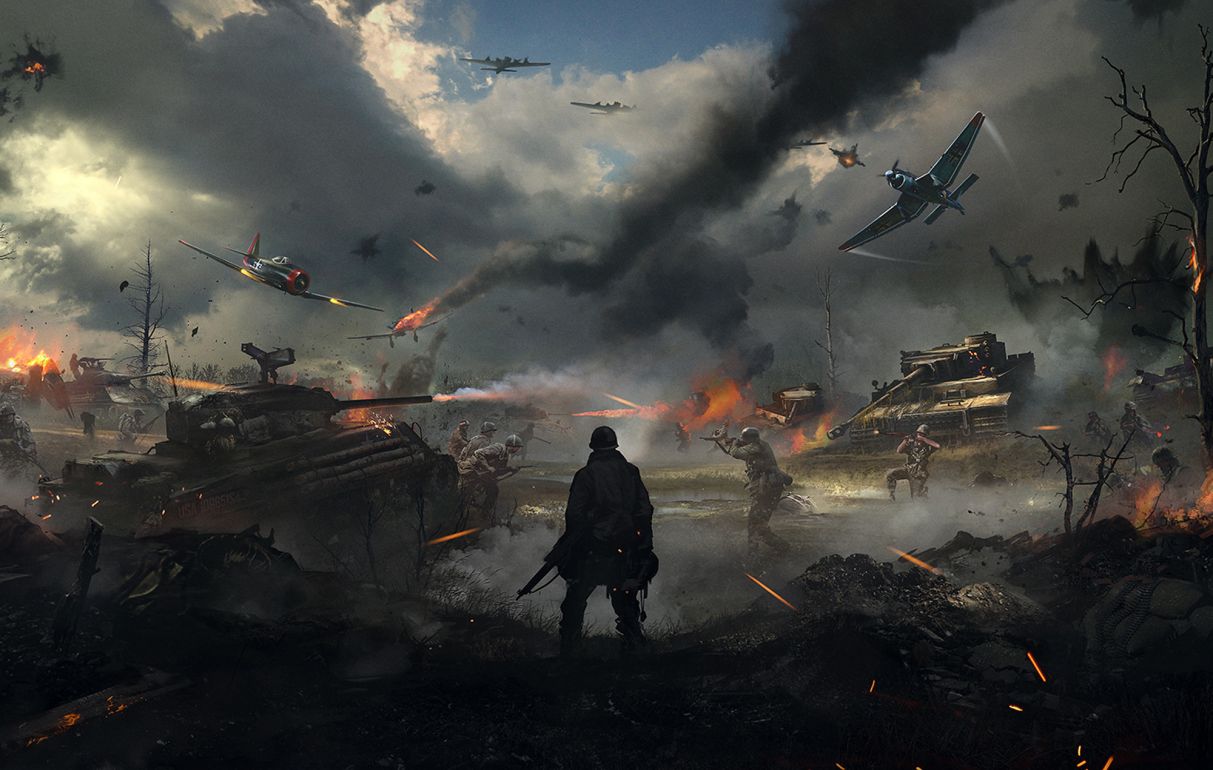 Hell Let Loose is an original experience in the modern FPS market, thanks to the vast maps and team play that (when present) will give flavor to even the most sonorous defeats.

If things work together as a team, it will be the best experience you will have in a similar game

Vast maps and a lot of freedom of strategic choice

Without teammates worthy of the name, the game loses all its charm

Non-destructible environments and graphically not worthy of note