So are these straps (and their price)

These new straps are still the classic ones Sports loop made with adjustable nylon fabric and whose perspiration is the most suitable in times of heat such as today. Its main difference with the ones we already had is that they come equipped with the flags of the following 22 countries:

And its price is 49 euros, which is the same as other straps of this style. They can buy rignt now Through Apple’s website, its Apple Store application on iOS and iPadOS, as well as in the company’s physical stores. Your shipments are for this week, so they are fully available. And although it is understood that the most popular will be those of each country, the truth is that you can buy any of them. They are advertised as a limited edition, so it is likely that they will end up being withdrawn when the stock runs out.

Personalized and free spheres for everyone

If we look back to last year and remember the rumors and leaks that there were for watchOS 7, one of those that sounded louder was the possibility of creating new spheres with flags of many countries. Finally that operating system arrived and we only obtained creations made by third parties emulating those spheres, since they had not been incorporated natively. However, a year later and with watchOS 8 already presented, we finally find these new spheres.

It should be noted that can be downloaded for free from Apple’s own website being on watchOS 7 or later and regardless of whether you get the new straps or not, although if you buy one you will have access to the download link from the box in which it will be packed. To do this, you must follow these simple steps: 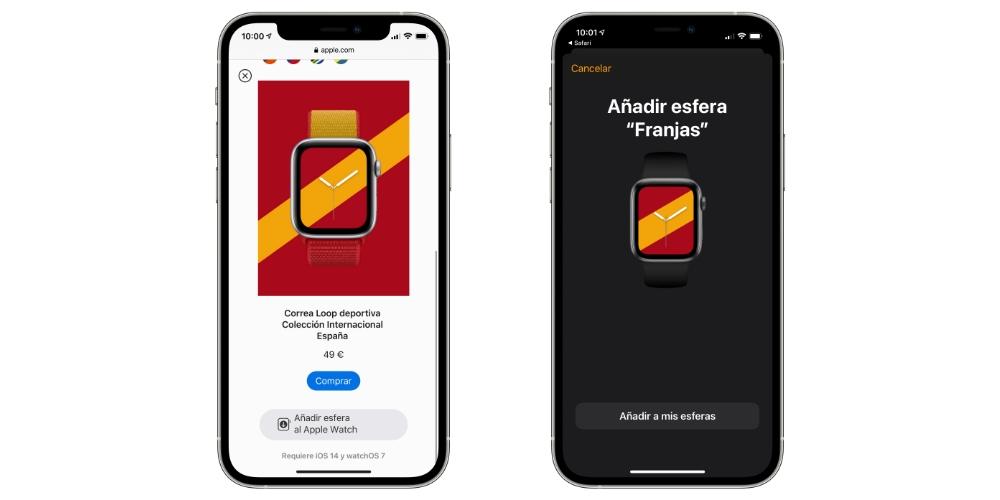 It is likely that the Californian company had planned this launch last year and although it has not officially presented them as part of its marketing for the Olympic Games, the truth is that the relationship that exists with this event is evident. It is even in time for those lucky enough whose soccer teams are still alive in the Eurocup that is being celebrated in these weeks and whose celebration was also scheduled for last year.

Apple Watch Series 7 reservations tomorrow: what you need to know

Let the regular maintenance tasks remind you of Directive for Mac

WhatsApp can no longer be used on these iPhones