The Windows registry is a critical component of all Microsoft operating systems, as it fully controls the operation of a PC, its appearance, the execution of applications, the behavior of the hardware or access to all its functions. A tool of enormous power, but not easy to use.

Since its introduction in Windows 98 to replace the text-based .ini files used in MS-DOS and Windows 3.x setup files, this feature has changed very little. Perhaps aware of the not always positive results of touching the registry (if you don’t know what you’re doing) Microsoft hasn’t tried to make it easy to use.

Why is the Windows registry so important?

Some of you may remember the Autoexec.bat and Config.sys files that were used for the initial setup of MS-DOS and Windows 3.x. For Windows 98 and later, Microsoft had to find a more efficient method. And it is that today it would be impossible to include the management of a system like Windows 11 in them considering the immensity of its software/hardware ecosystem.

In this way, the Windows registry is a hierarchical database (in the form of a tree) composed of groups of keys, subkeys and finally registry values ​​of different types. As you will see in the image, it consists of five large groups:

It must be said that this file contains information to which Windows continuously references during its operationsuch as the profiles of each user, the applications installed on the computer, the types of documents each can create, the property sheet settings for folders and application icons, the hardware that exists in the system, the ports that are used and a very long etcetera.

That is why the Windows 10 registry increases in size with the mere use of the operating system, the installation/uninstallation of applications or any hardware components that we add or replace. It is not unusual for all this to slow down the use of the equipment or leave traces of faulty or corrupted inputs and inconsistencies that harm the user experience and cause everything from small errors to serious failures that can reach the dreaded “screens of death”.

RegScanner, a step beyond Regedit

Microsoft offers an internal application for registry management. Is named regedit and allows you to view the registry file, make the pertinent changes to it or enter new passwords. In addition, it allows you to export all its content or that of a specific branch in a file with its .reg extension in case an error occurs, so that it can be restored. The System Backup utility also allows you to save your entire registry, plus boot files and personal data.

A very powerful tool, true, but what lack of usability. One of the biggest headaches when working with the Windows registry is finding the keys and values ​​that we want. You can use the Find function, but it doesn’t always work if you don’t know the exact value name.

This is where RegScanner enters the scene, a free and small utility, which has its strong point in the search for keys and values ​​using different variables. It is available in portable, installable and 64-bit versions, which works from Windows XP to Windows 11. It also has a Spanish version with a small .ini file that you can download separately on its website.

When you open RegScanner you will see two separate screens, search and results. The first allows us to search for the exact name of the value we want to find, examining values, data or keys. You can also search for your “exact match”, by string, by binary value, DWORD or others.

The search can also be refined by date if we know, for example, when we installed a piece of software, and you can search in the five large groups of the registry or in any of them if known. 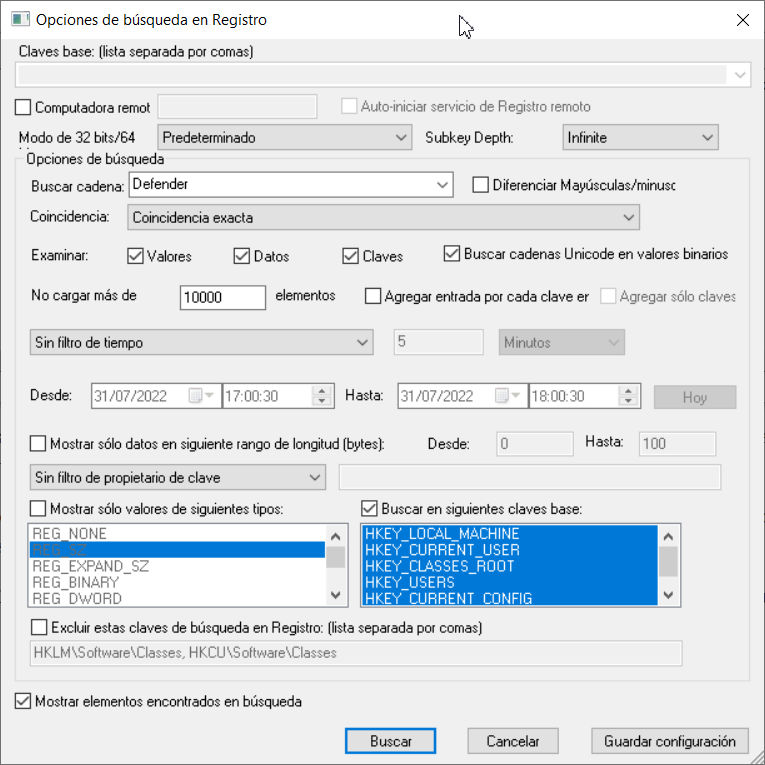 Once the desired search is found, it can be easily exported as a REG file (which once executed overwrites the corresponding value in the registry) that can be used later, shared or exported to another computer.

You can also save keys and values ​​as a text file or double-click an entry to access the corresponding one in the registry. 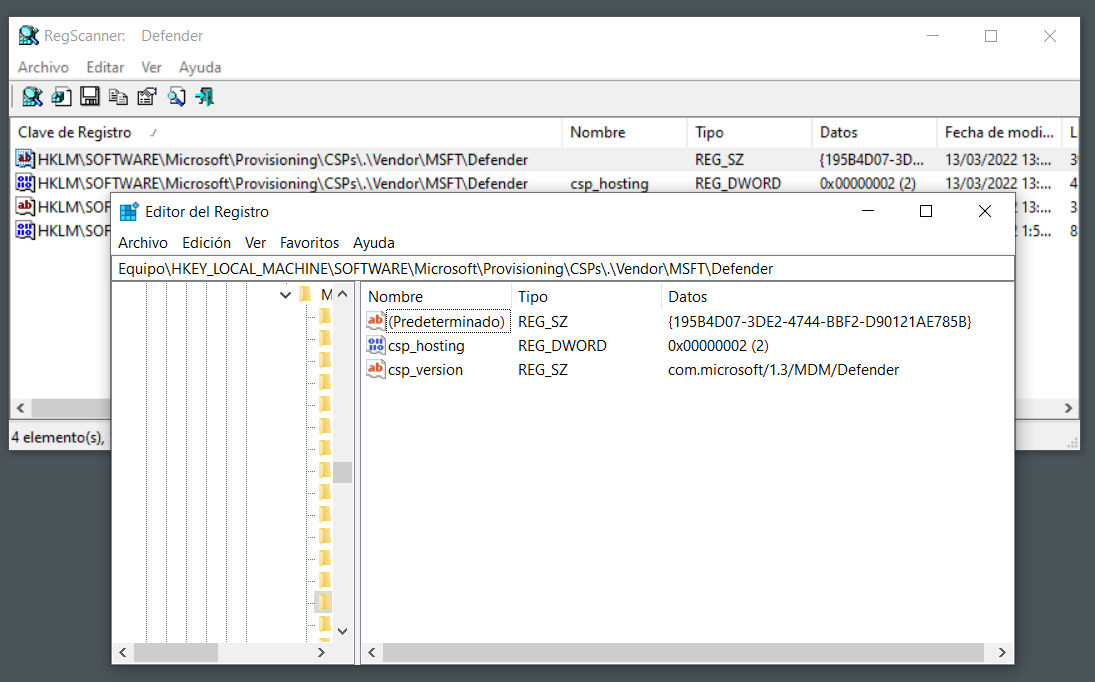 This is a useful tool RegScanner what does its name say, search the Windows registry more efficiently than regedit. Of course, its use, like that of the registry itself, is far from being so intuitive and its use is intended for administrators and advanced users.

To learn more, Microsoft offers documents for an in-depth look at the Windows registry. And if what you need is a more powerful application than regeditThere’s others alternative to official registry editors What Registry Explorer. It is available on GitHub, is free and open source, and aims to make editing easier and offer more features than the internal Windows tool.