The new law in the Netherlands

The Dutch Authority for Consumers and Markets (ACM) has published new rules that operators in the country must comply with, these new rules are related to the freedom of choice of the router that we want to connect to the Internet, and not depending on the operator’s router which installs us by default. According to the new legislation, within 6 months all operators must comply with this standard and offer the option to end customers (whether they are domestic or business connections) the possibility of installing the router they want, without being tied to having to use the router provided by the telecommunications company itself.

According to the ACM, at the network termination point is where we can change the equipment and have no problems, that is, we can connect our own ONT integrated in the router or ONT separately, in case of using exactly the same cable technology, we can connect the cable modem to access the Internet. This allows great flexibility, because the entire network will be under our control and allows the freedom to choose the router that we want. This prevents users from having to accept a device that is not under their control, such as the ONT or cable modem.

Now in the Netherlands they will have a list of the devices that are compatible with their service, however, at no time can they limit the technical support only to those devices. In the event of an incident, the operator must first check his network, and then check if the user’s device is working correctly. The customer may be asked to use a device known to the operator to detect possible anomalies in the network, either purchased by him or provided by the operator.

In the Netherlands something similar happens to what happens in Spain, it is difficult to change the operator’s router for one of our own brand that we want. Most operators do not offer any support if customers want to install their own router, in addition, they require that they rent their own devices even if they do not use them. Other negative aspects that occur in the Netherlands is that the same level of IPv6 service is not offered when setting up your own router, and there are problems if we have contracted IPTV service, as is the case in Spain.

In Spain we have a similar scenario to the one we have in the Netherlands, although here there is no legislation to oblige operators to provide connection data to access the different services. There are operators that make it easier to change the router, however, others make it almost impossible if you do not want to lose services such as VoIP or IPTV if you have one.

One of the best operators to change the router is Movistar / O2 with its HGU, this router allows you to put it in single-user mode to provide the public IP to the neutral router that you connect behind. You can maintain VoIP and IPTV with the operator’s own router, unless you want to configure it as a “bridge” and use the Triple VLAN Movistar FTTH services that ASUS and D-Link have, for example. 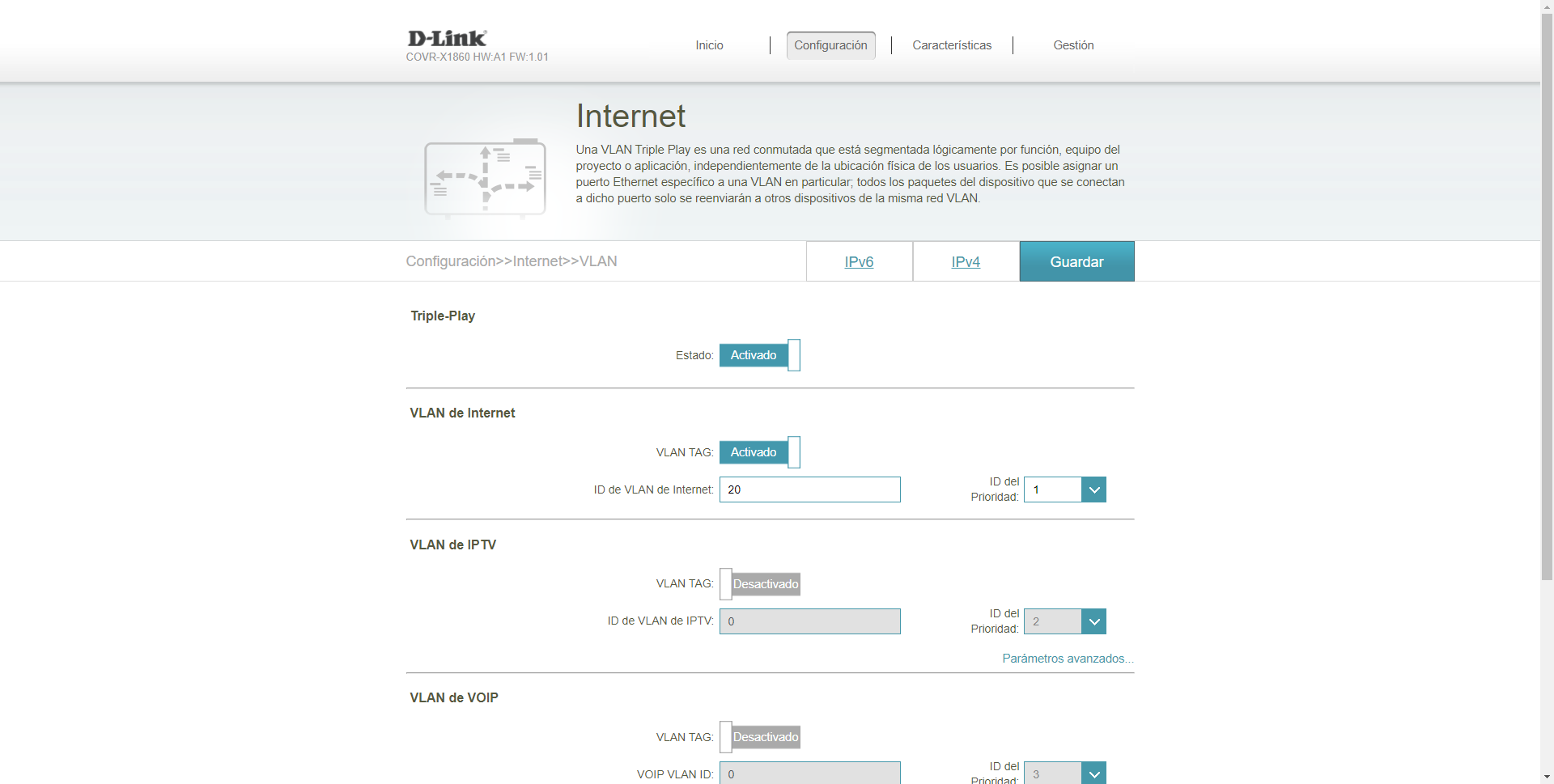 Other operators such as Grupo MasMovil make it very easy to change the router if it is with indirect coverage, where they install a Nokia ONT, however, the problem is in the VoIP that they do not provide the information. Something similar happens with Orange with its Livebox, if we have the Fiber Livebox with integrated ONT we will not be able to connect our neutral router behind it and have the public IP, there is no configuration menu to do this, and in the case of Vodafone it depends on the model of router that they put you. In the case of Digi, they do provide us with the connection data, except for the 10Gbps connection that they have recently launched.

In short, in Spain we are in a scenario similar to that of the Netherlands, where customers who want to change the operator’s router encounter many difficulties and casuistry, except if you are a Movistar / O2 customer, which greatly facilitates the possibility of using your own router using the HGU in single-user mode. Will we see similar legislation that requires operators to provide all necessary connection data to customers to use their own equipment?

HTTP error 407: what it means and how to avoid it

What to do with high Wi-Fi ping or latency

They discover a failure in the Movistar router; that’s how it affects you