Intel unveiled its new Intel Core 12 processorse generation dedicated to desktop PCs. The American giant is targeting gamers here by offering a new architecture supposed to bring more power to the game (but not only). There is much to do to get back into the race against an AMD in top form.

The processor market is no longer to Intel’s advantage. The brand has enjoyed a comfortable lead in terms of sales for years, but has gradually been overtaken by AMD, its direct competitor, so much so that the two brands are now neck and neck when it comes to desktops processors. A situation that we owe to a stagnation of Intel processors, but also to good products from AMD.

Intel seeks to reverse the trend by announcing its 12 desktops processorse generation. The Santa Clara firm wants to strike hard with a new architecture. It wants to target gamers first, especially with its new Core i9 dedicated to gaming performance. We can thus expect a jump in terms of power, but for the moment we must be satisfied with the manufacturer data.

In this small file, which will evolve based on new information, we will take stock of this new generation. Price, availability, but above all power, we tell you everything you need to know.

How many new processors are there?

In total, three processors are marketed, each available in a version without eGPU (with the KF mention). The first is the Intel Core i5-12600K with 10 cores and 16 threads. L’Intel Core i7-12700K embeds 12 cores and 20 threads. Finally, the flagship of this twelfth generation, the processor Intel Core i9-12900K, offers 16 cores and 24 threads. It’s the brand’s most powerful consumer processor yet.

Here is the complete data sheet of all CPUs with all the technical characteristics. Judge instead:

At what prices will Alder Lake processors be sold?

Here are the prices in euros for the 12th generation Intel Core processors:

Prices that seem to be in line with Intel’s promise (we will see it below), but we must not forget that in these times of shortage, they can quickly change. Up, in general.

When are the twelfth generation processors coming out?

The 12th generation Intel Cores are available from November 4th. Unfortunately, users have to juggle the vagaries of component scarcity to get a processor. Fortunately, this situation should improve in the course of 2022.

What new features does Intel offer in its 12th generation processors?

Intel unveils a new architecture within its processors with Performance-cores working hand in hand with Efficient-cores, enough to increase performance in game, but also in office automation. The former aim for the highest possible performance, with a high frequency without worrying about consumption. The second are dedicated to basic tasks and seek above all the balance between power and consumption.

This architecture allows a new management of the cache memory thanks to Efficient-cores, that work behind the scenes to deliver a smoother experience, while the Performance-cores spin what requires the most power. Intel promises extremely reduced loading times in game. Stability in terms of frames per second should also be enhanced. The utility goes much further than video games, since this method also drastically increases performance in software known to be greedy, such as Lightroom. This processor should in theory allow applications running in the background not to slow down your PC if you are using another one. This is extremely important in the age of teleworking and multitasking.

Read also – Intel Alder Lake: many games will be incompatible with future processors

It should also be added that this generation of processors was designed for Windows 11. Microsoft’s new OS is indeed the only one able to manage this complexity. In addition to that, these new processors will support DDR5 RAM and PCIe 5.0. Add to this a compatibility, logical, with Wifi 6. 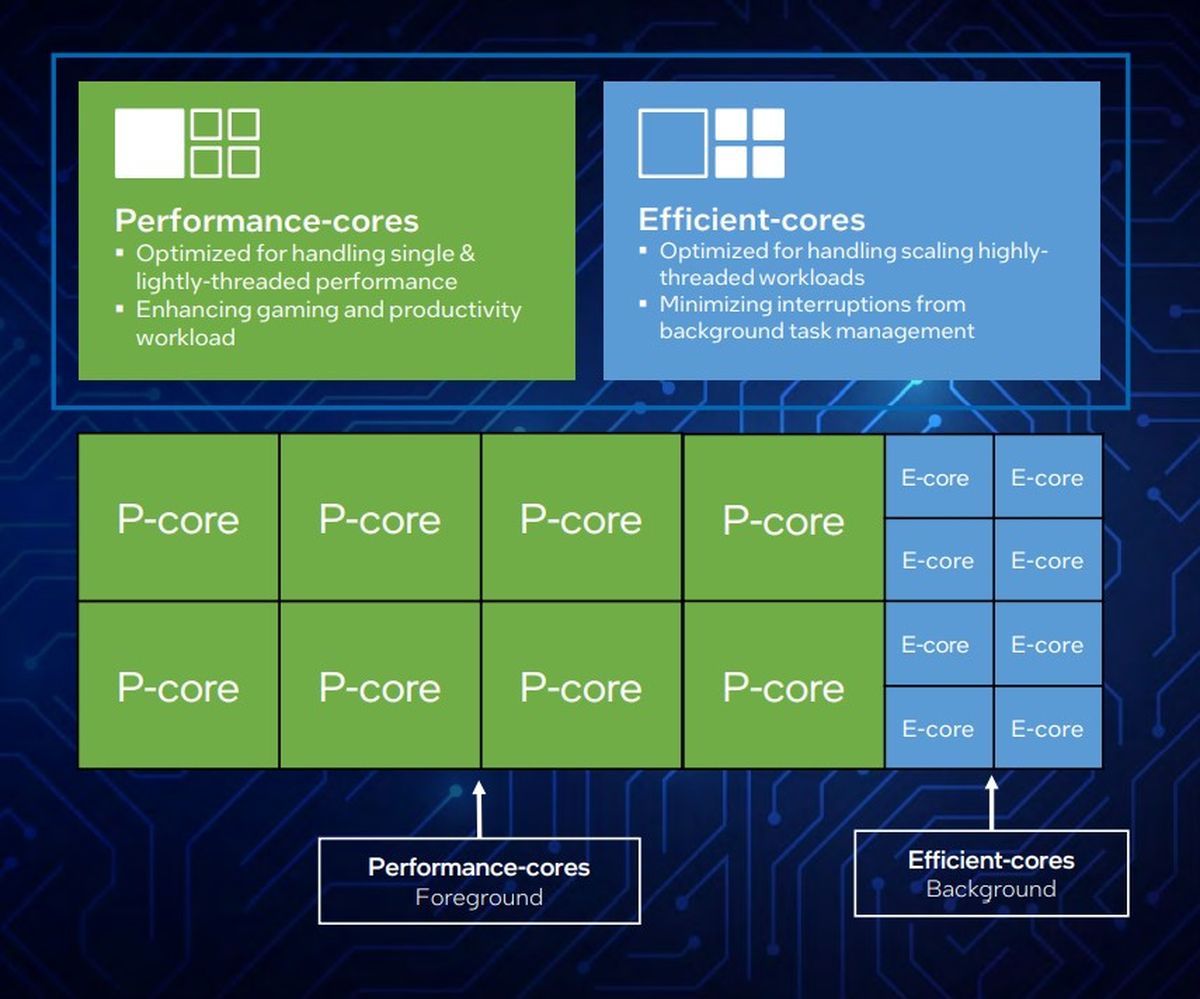 Intel promises better overclocking management with in particular a new version of its Extreme Tuning Utility tool which will allow you to control every aspect of your processor, heart by heart. What’s more, this software will allow you to overclock in a very easy, even childish way, your CPU with just the click of a button. It will be possible to deactivate it on the fly. 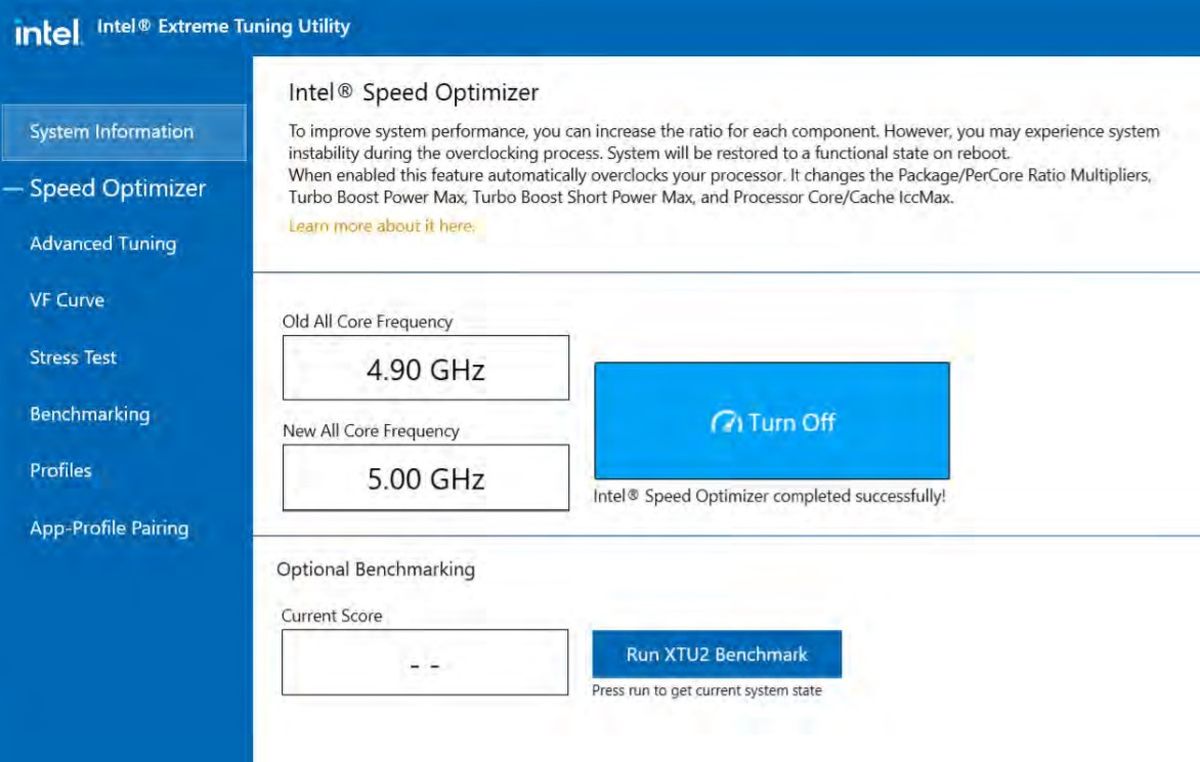 What are the performance of these processors?

The new CPUs obviously bring an additional gain in performance in terms of games. Intel has given a first glimpse of what to expect. Thus, with a 12th generation Core i9, we see that the performance index is higher compared to the 11th generation processor on almost all games on a config with an RTX 3090 at 1080p. Logical, at the same time. A whole range of titles have been tested, and we can see what benefits we will be able to derive from this CPU in terms of gaming.

A closer look shows that we have a significant gain of over 20% on most stocks. Only Age of Empires 4 seems a little behind, with an improvement of only 13% on this new Core i9. We also notice a good improvement on Hitman 3 and Total War Troy (28% and 25%).

Similarly, Intel has logically compared its new Core i9 to the Ryzen 9 5950X, its direct competitor, on a whole range of games (tested under the same conditions as above). The Santa Clara brand prides itself on being above it, but let’s not forget that we have manufacturer data here. We note that apart from one title (Shadow of the Tomb Raider), the 12th generation Intel processor provides more power than the previous generation, but also than the Ryzen processor. For example, we see a significant gain of 20% on GRID 2019 and 30% on Total War Troy. What completely change the gaming experience.

Finally, although it is the most entry-level model, the Core i3-12100 does not have to be ashamed of its performance. Indeed, an Art of PC benchmark reveals that the processor 7.85% more powerful than the Ryzen 5 3600 from AMD, which definitely has its work cut out for it to prepare its response.

It is not only at stake that Intel promises much higher performance, since the manufacturer has also shared data on creative software deemed to be resource-intensive. Here are the results related to the built-in benchmarks and we can see an improvement of around 100% on After Effect. What to seduce the creatives. Remember that these are raw data from the manufacturer and that we do not have the real test conditions.

On Cinebench R20, the Core i9-12900K also promises top performance, with a base score of 7492 points according to early benchmarks. However, when the processor activates its Turbo mode, the TDP soars from 125W to a Maximum Turbo Power (MTP) of 241 W. This allows him to achieve a score 36% higher by 10180 points, but it will obviously be necessary to provide a large power supply accordingly. On Geekbench, an overclocker also managed to break all records by pushing the main cores to 6.8 GHz thanks to liquid nitrogen cooling.

New CPUs, a new architecture, more power and simple tools for overclocking, here are the promises of this new generation of CPU. For the moment, these new products are enviable, but we must not swear anything and wait the first unofficial tests that should soon arrive online. It would indeed be interesting to really see the gap between the latest AMD processors, still ahead, and this twelfth generation.

It remains to be seen whether Intel will regain the upper hand in the mainstream market, its leadership position being increasingly contested, in all areas. Remember that this generation is currently not dedicated than desktop computers, but the laptop versions of these CPUs shouldn’t take too long and we should be able to use them in the coming months.

We are now awaiting the response from AMD on the subject, which should market these processors with a Zen 4 architecture in the course of the year 2022. The war is far from over.

We will obviously update this file according to the new information.

What to give a Zelda fan for Christmas

Samsung Galaxy S21 FE 5G: an affordable flagship carved out for lovers of photos and videos

How to avoid Game Zentral scams in Fortnite