Microsoft has managed to become the third video game publisher in the world, thanks to the purchase for a cost of 68,700 million dollars of the company Activision Blizzard. Today, it can boast of having several game franchises, now It just got hold of Call of Duty, but it also has other great titles like The Elder Scrolls and Minecraft.. Microsoft has been taking over new franchises since the 2000s. Before Activision, last year it took over Bethesda, and today it is only above Sony and Tencent in the world of video games.

Even if the purchase of Activision Blizzard is practically a fact, we are going to explain in great detail the studios and games that the company could have.

In the year 2000, Microsoft was established as Xbox Game Studios Publishing, but the truth is that it has been launching a wide variety of games on the market since the 70s, among which we find Solitaire and Minesweeper for the PC. as explained from The Verge, During the eighties, the company also created several first-party studios, so that its best series would continue to be developed.

Come the year 2011, Microsoft founded the Turn 10 studios for Forza Motorsport. Then in the year 2007, the company 343 Industries originated, where the title Halo Infinite was developed. Three years later, the company bought the Gears of War title from Epic Games. In 2018, The Initiative became the first Microsoft developer working on the Perfect Dark title. A year later, World’s Edge is created in order to take control of the Age of Empires franchise.

But Microsoft’s first big purchase was in 2002, when it took over Rare, a British developer. During the 1990s, this was an emblem of the mascot platformer genre with the release of Battletoads. Following this release in 1991, other great titles followed such as Donkey Kong Country, Banjo-Kazooie, Conker’s Bad Fur Day and Donkey Kong 64.

Rare’s first Xbox release was the action-adventure title Grabbed by the Ghoulies.. After this, Viva Piñata arrived, which was much better received than its predecessor. It was this company that launched several games for the Xbox Kinect peripheral, which passed away years ago, although it maintains the cooperative pirate game Sea of ​​Thieves. The company also announced in 2019 that it was developing a new action-adventure title called Everwild.

In 2014, the Mojang company became Microsoft’s largest purchase, at a cost of 2,500 million dollars, it took over the successful Minecraft that it added to the Xbox family, and that today is still multiplatform. But if there was a year that was important for the company, it was 2018, since it was this year when it took over six studios.

The following year, in 2019, Microsoft followed up with the purchase of studios, such as Double Fine Productions, which developed Psychonauts 2. Last 2021, it was made with ZeniMax Media / Bethesda Softworks. This purchase had a cost of 7,500 million dollars, and with it, it took its eight subsidiaries.

Once Microsoft closes the purchase of Activision Blizzard King, the company would acquire nine more studios, which would add a total of 32 developers. 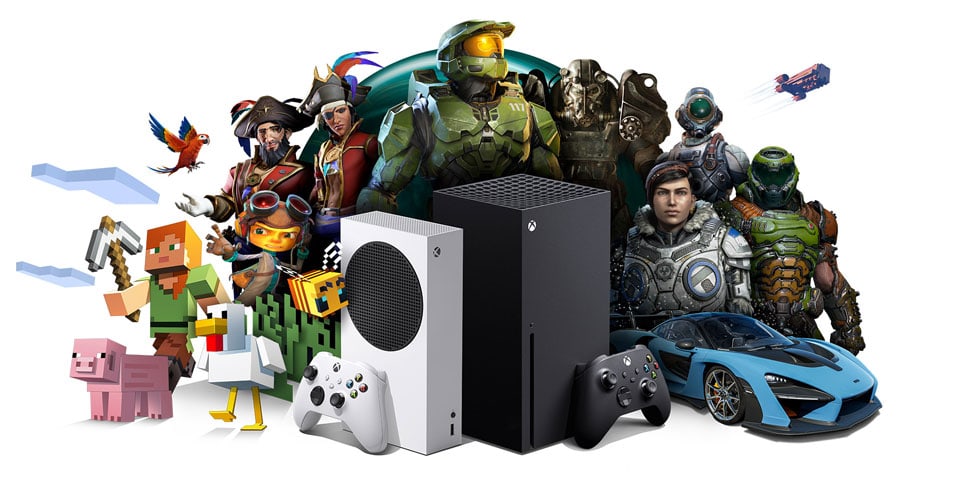 The most important acquisition is the Treyarch Games studios, since they are the developers of the successful title Call of Duty and Infinity Ward. But There’s also another great value, the developer of Overwatch, Diablo and World of Warcraft, Blizzard Entertainment.

Due to previous purchases and mergers made by Activision, Microsoft will take over old PlayStation exclusives Crash Bandicoot, Spyro the Dragon and the Tony Hawk series. In the purchase there are also several smaller studios, which work as co-developers and support for major Activision Blizzard titles, among which are Beenox, Toys for Bob, High Moon Studios, Sledgehammer Games. There is also Raven Software, a title that is going through the fifth week of its developers’ strike. In addition, Microsoft would also take a major player in the mobile gaming sector, King, the creator of Candy Crush.

Undoubtedly, Microsoft getting to acquire Activision Blizzar is a great opportunity to add to the Xbox Game Pass library. What’s more, the titles that we have mentioned before are not the only ones that you will be able to access soon, but there will be many more.

US authorities find evidence of racism at Tesla factory

Temperature record for the month of December: 37 ° C!