The month of May is here and, after showing you all the news that arrives in the form of Netflix releases, we also want to tell you all the new movies, series, documentaries and other content landing on HBO Max, Filmin, Apple TV+ and Pluto TV in May 2022

Filmin premieres in May 2022

For this month of May, several premieres of indie cinema and from different countries arrive, a great variety that has nothing to do with Hollywood, some titles as famous as ‘straight cut’ by Irreversible, a film with a very hard history and this time it arrives with all the scenes well ordered. (Since the original title the film began with the end and ended with the beginning).

In all these titles, it is the viewer who decides whether or not he is willing to see those scenes that can become very uncomfortable.

Filmin series arriving in May 2022

For the month of May, the nine eight chapters of this naughty series are released. Finally Vinnie gets out of jail although the police will follow him very closely following his tracks at all times. This time he depends only on behaving like a good citizen.

It is a German miniseries that takes place in the city of Worms where there is a controversial case of pedophilia in the mid-90s. It undoubtedly has a great background on the presumption of innocence that was awarded twice at the Cannes Film Festival.

May 17
The time of happiness, season 2

The second season of this series has arrived, which has been a success on Filmin and this time is set in the 70s about the safety and accidents of the North Sea.

It is an Israeli crime thriller in which the dark world that hides behind the police is uncovered. It won the Israel Television Academy Award for Best Drama Series.

A program of concerts and musical documentaries starring the great stars of rock history. It has great image and sound quality. The names of the protagonists of the Filmin Music Fest 2022 poster will be revealed soon.

The second season of Parliament is released, which comes with ten chapters with the adventures of the assistant of the European Parliaments, Sammy. A comedy that shows the shame of community politics.

Inspired by the life of Wener Teske and based on true events, this is a German thriller that tells the story of the last man executed in East Germany in 1981.

A film starring Manuela Vellés and her partner, the director Ibon Cormenzana about her second unwanted pregnancy and that will undoubtedly make the viewer reflect. A title that will not leave anyone indifferent due to the shocking role that the actress plays.

May 20
the story of my wife

An adaptation of the homonymous novel directed by Ildikó Enyedi by Milan Fust. This classic drama stars Léa Seydoux and Louis Garrel.

The director of «Clímax» premieres the «Straight Cut» version of his work «Irreversible», starring Mónica Bellucci, Vicent Cassel and Albert Dupontel where the story is told in order according to the events that take place in the original film.

A prison drama that takes place in a prison starring Toni Servillo (“The Great Beauty”) and Silvio Orlando (“The Young Pope”) in which both will be in a constant duel.

A drama about bipolar disorder where the true consequences of who really suffers from it as well as those around them are shown. Interpreted by Joachim Lafosse (“Losing reason”) and who participated in Cannes.

Documentaries arriving at Filmin in May 2022 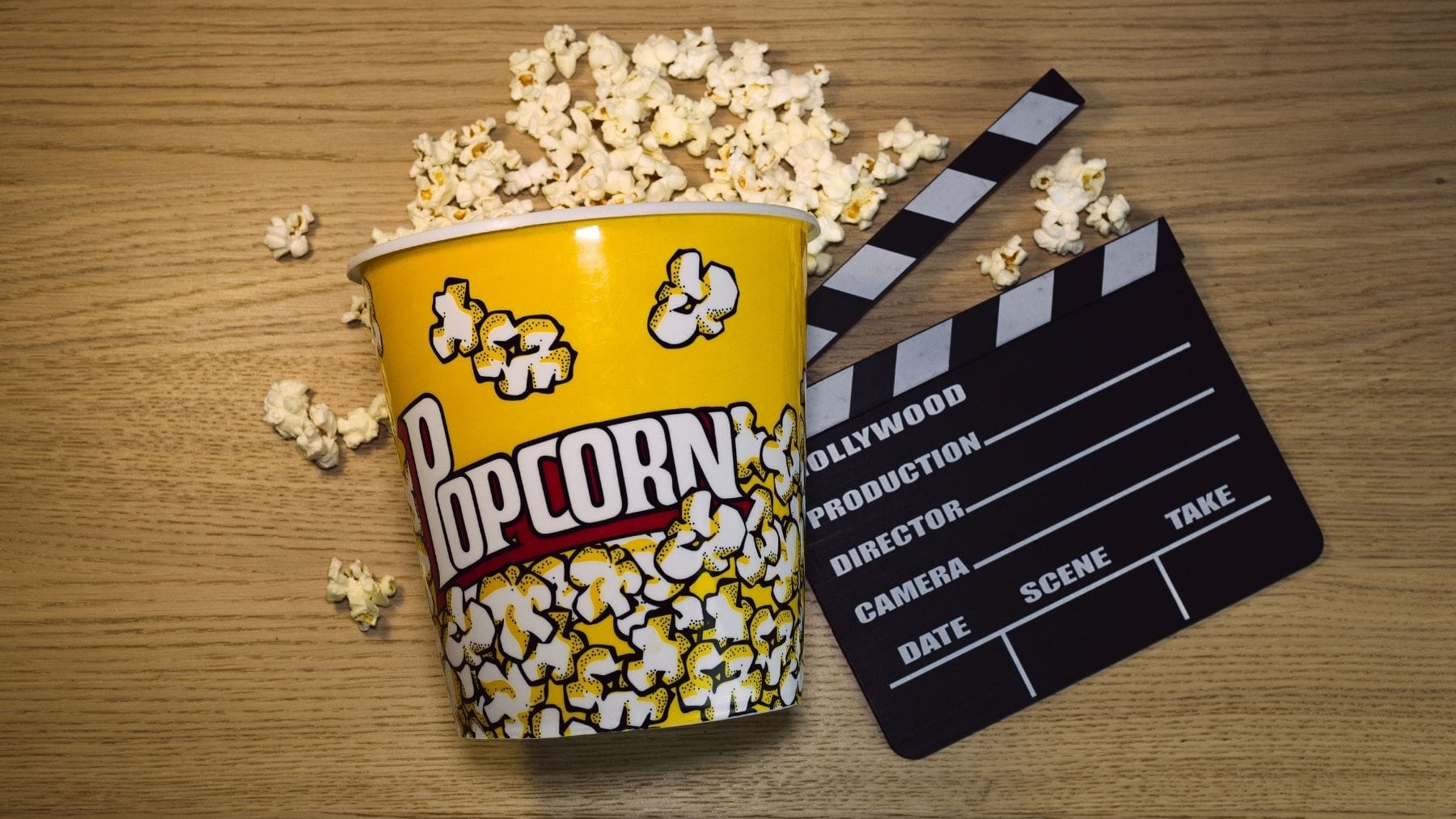 Miguel Ángel Muñoz, the winner of MasterChef Celebrity and the former UPA Dance contestant, plays his own role in this touching documentary about his life and the beautiful relationship he has with his Tata, the person who has taken care of him all his life.

May 6
Jane for Charlotte

A portrait in which Charlotte Gainsbourg premieres, of her own mother Jane Birkin and of their relationship between the two that never went as well as they both would have liked.

A documentary by Andrea Arnold (“Fish Tank”) along the lines of “Gunda” and in this case it is about the life of a cow. Nominated at the Cannes Festival and awarded at the Seville Festival for Best Editing.

Val Kilmer dedicated himself to recording all his life from a very young age. That is why today we have this documentary with a number of home videos about the fall and rise of the Hollywood myth during the 80s and 90s that saw his life affected by throat cancer.

A documentary about the lawyer Maria Eismont in which the importance of some fundamental rights is reflected, such as the right and freedom of assembly and political activism in the midst of the chimera of Putin’s Russia. 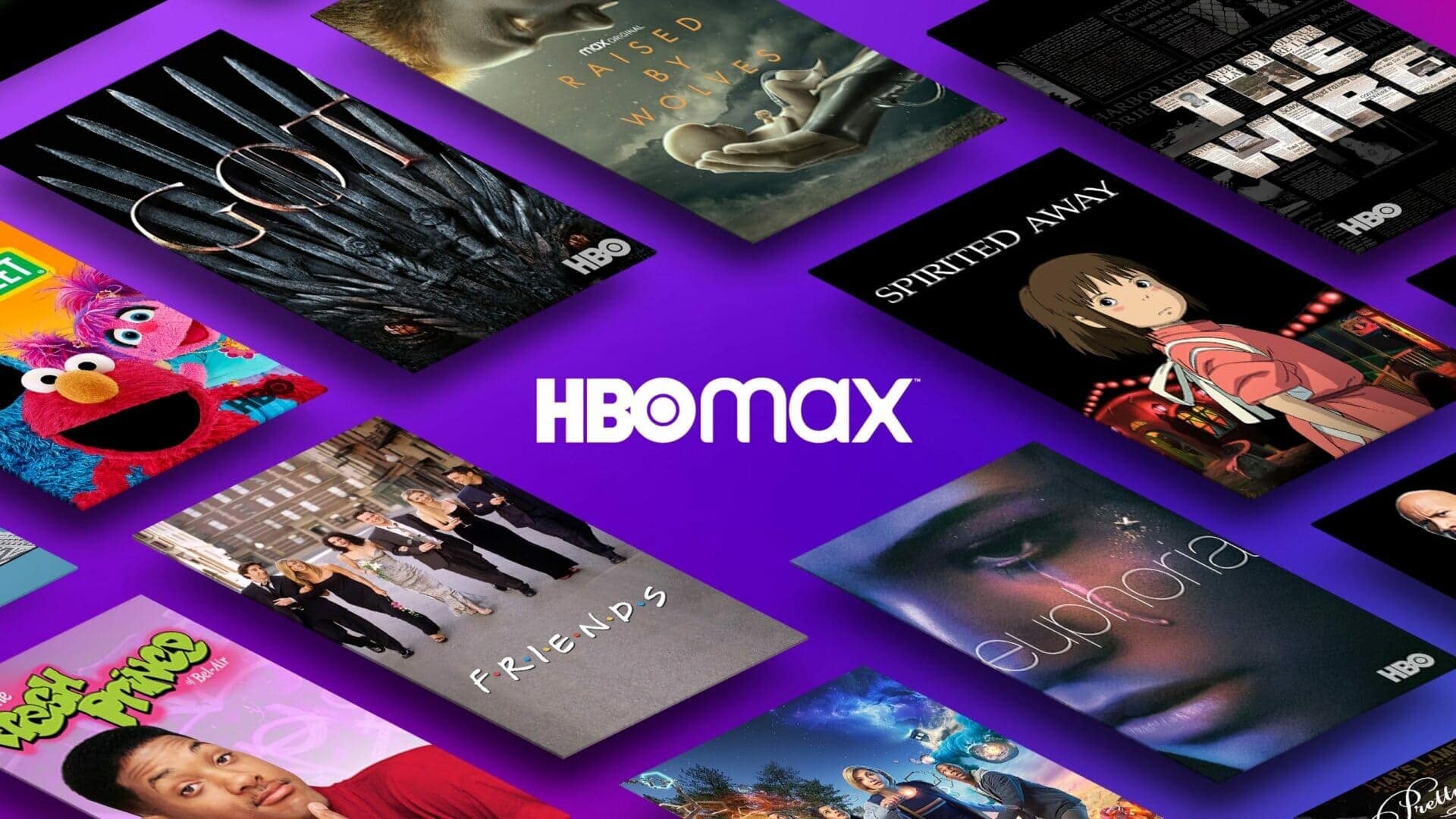 Another of the great platforms available in Spain, HBO Max, which has also announced what will be the premieres that will arrive in May 2022. This online platform is, without a doubt, one of the best options out there to see a lot of multimedia content and news that always arrive.

On this online platform, the news that arrives monthly, both in series and in movies, always attracts attention. One of them is The time traveler’s wife (May 16) which is about a couple with a problem with time travel. There will also be other famous titles such as Mateix Resurrections, starring Keanu Reeves and which will be available on May 22.

Next we will leave you a list with all the news that you will find in HBO Max for this new month of May, with a catalog that since joining Warner has grown more and more and there are many more possibilities (in addition to the great classics that are always a good option to see at any time). These are the new titles that the platform launches (you will see that there are no movies besides the one mentioned above, since the service has hardly released more titles):

A title that you cannot miss is The Staircase, starring Colin Firth, which revolves around a true story about murder and that will cause an entire family to suspect each other.

Following this list of options, we leave you these series that you can enjoy on HBO Max and that premiere in May 2022.

One of the most anticipated documentaries that arrives this new month of May on HBO Max is «Wild Romania» (available on May 12). This documentary shows you the nature of the Eastern European country, it is long awaited by the audience and such a good option since it has been recorded for 10 years. In it you will be able to see areas where there is no type of human impact, something quite exclusive to see as well as all the good areas that exist along the Danube River.

So far the compilation of the premieres that arrive at HBO Max in May 2022. As you may have seen, there is not a large amount of content but the quality is assured in each and every one of them, especially in the series that are new to the VOD service. 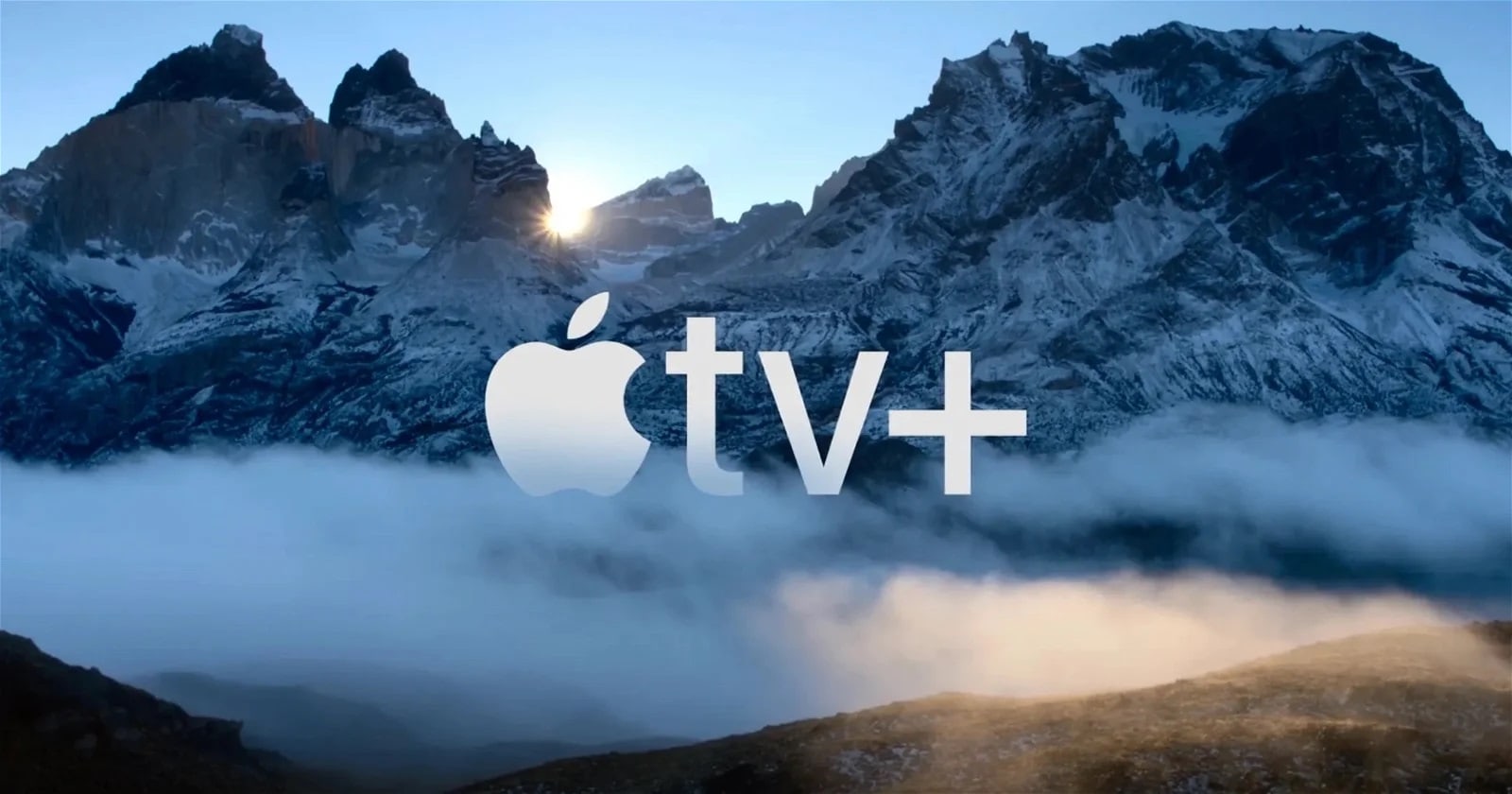 If you are an Apple TV+ user, you will also be interested in knowing what the news and premieres that arrive on this platform for the month of May 2022. Here we leave you what are the novelties that you cannot miss as well as the most striking for the viewer as prepared by the company with the bitten apple.

Of all the novelties that reach the VOD service, it is surprising that there is not a premiere movie for this month of May. However, there are a number of series that arrive so that you have a choice when it comes to doing a good Sunday marathon at home.

Apple TV + premieres in May 2022: series that arrive

Below we leave you a compilation with the best titles so that you have them when you need them, they are very good quality premieres as is usual on the platform of the Cupertino company (in addition to having a cast of famous actors and recognized in the industry). These are the titles that you cannot miss:

The second season arrives with eight chapters of this drama with a thriller tone where the story continues to revolve around the Mossad agent and who has infiltrated a terrorist group in Tehran so it is not known what will become of him. A title that keeps you tense throughout all its chapters.

A story starring Claire Danes and Tom Hiddleston that is a big bet on Apple TV +, about the story of a widow who moves to Essex and begins to see some mythological creatures. This kind of miracle makes her begin to associate with the vicar of the town but soon a series of events will begin to occur for which they will be blamed.

A title with a great clash of reality in which a great truth of people is shown: feeling frustrated when the aspirations they have had as a young person are not fulfilled. The protagonists of this story revolve around that concept, but everything changes when one of the young people turns up dead. 20 years later, the group of friends reunites.

A story in the form of a documentary that tells everything about one of the biggest frauds against the US government in which 500 million dollars were swindled. One of the largest in the entire history of the country carried out by Eric C. Conn.

A documentary that shows the latest discoveries on paleontology and that will undoubtedly make you enjoy throughout its duration for the visual experience and how realistic it is. It has been awarded several times.

Premieres Coming to Pluto TV in May 2022 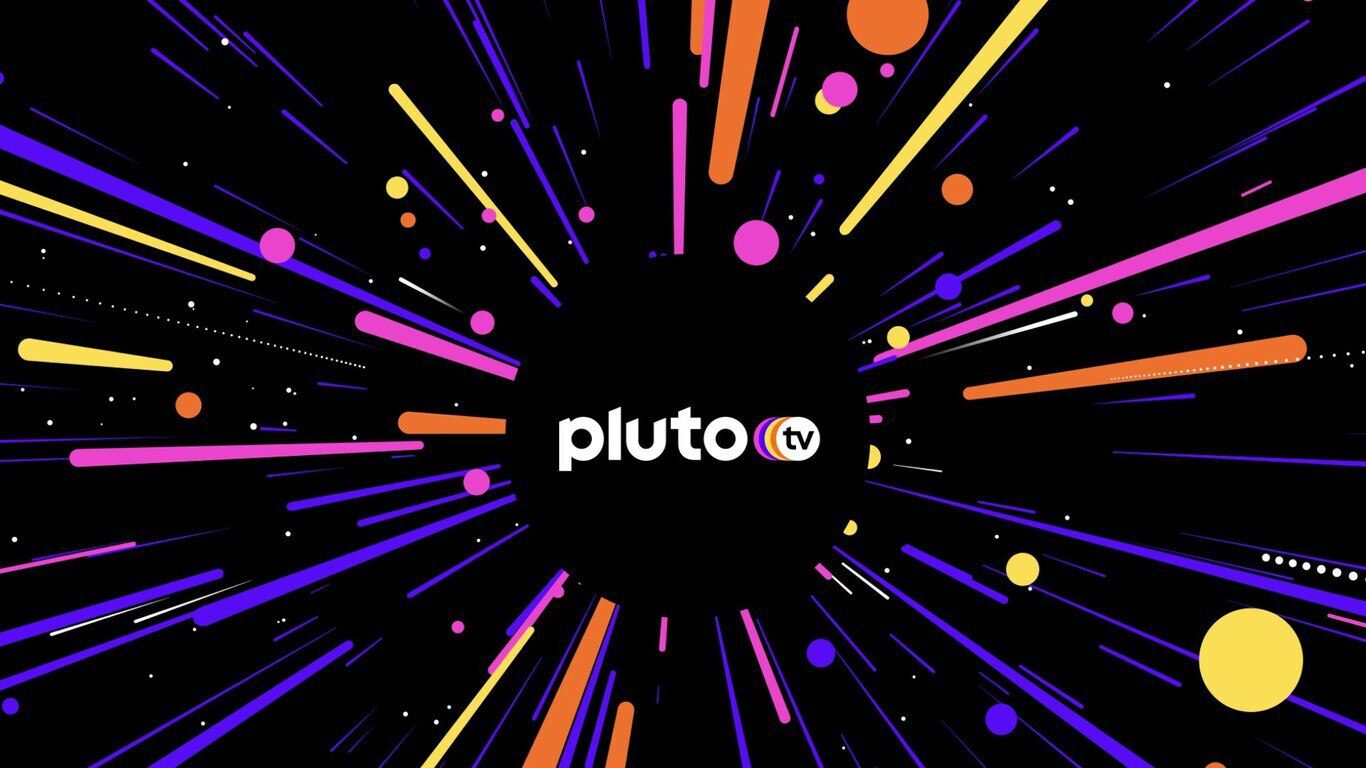 EU wants WhatsApp and other messengers to operate with smaller apps

The jewelry brand, Singularu, will open 44 new stores in 18 months