If you are concerned about privacy and security when connecting with your smartphone, then you should use a VPN whenever you connect to the internet. We always recommend using a VPN service or connecting to your own server, if you connect to an open or public WiFi network, with the aim of protecting our communications and preventing a cybercriminal from being able to carry out different types of attacks on us. However, you could also use a VPN over the mobile data networkwith the aim of filtering advertising while you browse and even to add an additional layer of security and privacy so that your operator cannot see how you use the Internet.

Which VPN to use on mobile

Mobile devices must use a VPN specifically designed for them, because it is not the same to use a VPN service on the smartphone as on our computer, since smartphones are more sensitive to resource consumption, and also to battery autonomy , so using the wrong VPN can mean that your battery runs out quickly. In addition, we must also take into account the efficiency at the level of transferred data, because in smartphones we have a data rate that generally has a certain GB per month, while a PC normally connects by cable or WiFi to the home network and does not there is data limit.

For a VPN to meet the needs of a smartphone, it must have the following characteristics:

One of the most recommended VPN services for smartphones, and which is also completely free, is the Cloudflare WARP VPN. This service allows us to browse very quickly and privately, we have VPN roaming to never disconnect from the service and keep all connections protected in the VPN tunnel it establishes. Although we don’t have the possibility to choose which server to connect to, but rather it connects us to the closest one, the truth is that its operation for smartphones is perfect.

In case that set up a VPN server yourself at homeeither on your home server or NAS, then our recommendation is that you use the WireGuard VPN that we have mentioned before, much better than OpenVPN or IPsec, since it is really fast and we will not notice cuts in the VPN connection when changing from WiFi network to data and vice versa. 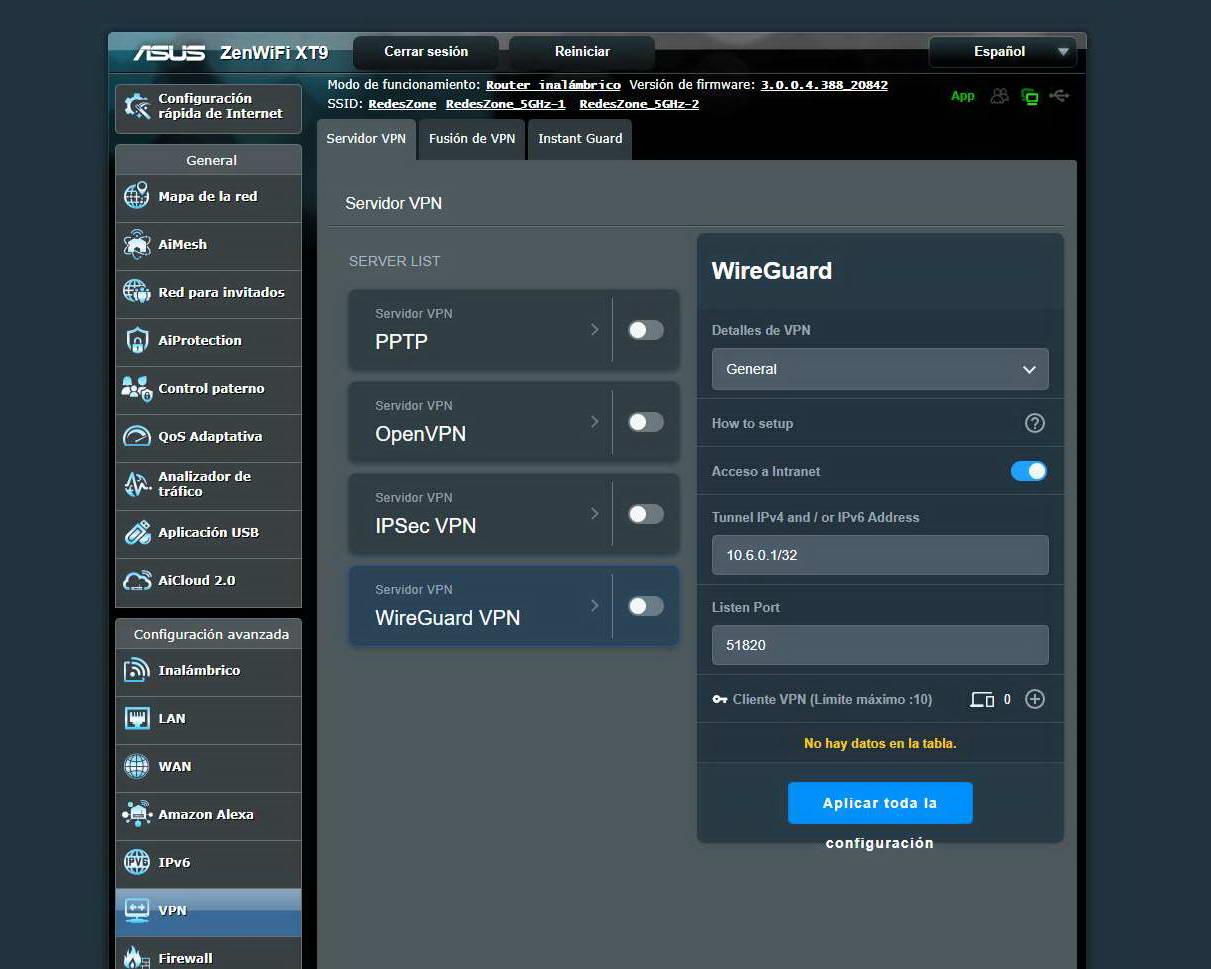 Lastly, if you are going to use a paid VPN service like NordVPN, Surfshark and many others, you can use the official app but only connect to servers that support WireGuard. However, in these services you could also download the data to manually configure the WireGuard client on your smartphone, so you don’t depend on the official app that normally consumes a lot of resources and is usually quite slow compared to the official protocol app.

Why use these and not others?

If you use VPNs that use OpenVPN or IPsec protocols, we will notice a higher mobile data consumption, because they are continuously sending certain information to keep the tunnel up. This entails that the smartphone battery drains faster not being in standby.

Also, another weak point is that if we switch from WiFi to mobile data or vice versa, we will have to reconnect to the server, since we do not have any type of VPN roaming in these protocols. The latter, without a doubt, is the worst, because it means that we will not have an Internet connection until the VPN tunnel is re-established.

For these reasons, the best thing to do is to use the WireGuard protocol, be it in WARP, paid VPN services, and even setting up your own VPN server at home. What do you need to become a web administrator Why is the contracted Internet speed not reaching me? We raffle a router with built-in NAS QNAP QMiroPlus-201W