We have been on the verge of suffering an air tragedy at the Tenerife airport, or at least that is what can be drawn as a conclusion after a quick visit to social networks, marked by dozens of headlines, more or less sensationalist. As a result, we could almost think (and we can read it in many tweets) we have been close to remembering the terrible accident of March 27, 1977 in which two Boeing 747s (KLM 4805 and Pan Am 1736) collided on the runway of the then only one Tenerife airport, leaving a total of 583 dead and 61 injured, in what is considered the largest global catastrophe in the history of aviation.

I don’t know about you, but it makes my hair stand on end just thinking about it, it’s been 44 years since that, and the shadow of the Tenerife accident is still present. And to invoke it in this type of event seems to me to be shameful frivolity, I add. Tons of data have already been written and recorded on the accident at Los Rodeos Airport, today Tenerife North-City of La Laguna, so that anyone interested can delve into the causes and circumstances that led to the tragedy.

However, and as a quick summary to later address what happened yesterday in Tenerife North, we can summarize the causes of the 1977 accident in the cluster of lack of means, airport congestion, communication problems and lack of control. With a dense fog, Pan Am 1736 entered and traveled by mistake on the runway (it thought it was on a taxiway) and, in turn, KLM 4805 started the take-off run when it had not yet been authorized to do so. . Problems with the radio system and no visibility, as well as poor signaling led to the catastrophe.

Saturday October 23rd, 2.30pm, an Air Europa Boeing 737 from Madrid takes the first steps to carry out your final approach, is flight UX9118. At the same time, an Iberia Airbus A-321 It is located at the head of the runway at Tenerife North Airport. The planned plan is for the Iberia plane to take off to begin its flight to Madrid, and shortly afterwards it will be the Air Europa Boeing that will land on the same runway (remember that we are talking about a single runway airport).

There can be many reasons that lead the crew to cancel a landing and, as many will imagine and many others know, the steps to follow in such circumstances. have already been previously defined, and the crew know and practice them regularly. It is normal that, as passengers, when you suddenly notice that the engines roar and the plane begins to climb when it should land, it can produce a certain funk, but the reality is that we will be experiencing a defined, standardized and totally safe procedure.

Thus, we are at the head of the Tenerife North track, the Iberia Airbus begins its takeoff, while Air Europa’s Boeing, which had been instructed to control its speed, thus allowing Airbus to take off comfortably, decides to foil the landing, a procedure called go-around, in which the power of the engines is increased and the descent necessary to land is reversed, moving to a rate of climb to a preset altitude, from which the aircraft will start a circuit that will take it again to the necessary position to start the landing again.

At the same time that the Tenerife North airport tower receives the communication of the Air Europa flight, it contacts the Iberia flight, which has already started its takeoff run, instructing him to cancel takeoffOtherwise, its upward trajectory could be close to that of the Air Europa flight. But can a plane slow down when it has already started to pick up speed for take-off? For that we must talk about takeoff speeds, a key element to understand what happened yesterday in Tenerife.

If you have driven any type of vehicle, from a scooter to a tank, you will know perfectly well that braking distance is conditioned by various factors, mainly speed, mass, resistance and, of course, the properties of the surface on which you move. In most cases, of course, this is usually calculated “by eye”, but in aeronautics this is not the case. On the contrary, they are established and calculated for each flight, based on the total weight of the aircraft, the condition of the runway, and so on.

The best known speeds, although not the only ones, are V1 and VR, decision speed and rotation speed respectively. Before reaching the first, the plane can brake safely. You’ll have plenty of trail for this maneuver, exposing yourself to only overheating of the brakes and little else. VR, for its part, is the speed at which the crew must begin to raise the nose of the aircraft, thus adopting the position whereby, due to aerodynamics, the aircraft will be ready to begin its ascent.

When the Tenerife control tower instructed the Iberia flight to abort takeoff, it did not know if it had already reached V1 or if, on the contrary, it had already crossed that threshold and, therefore, the procedure was inadvisable, as dangerous . As we have been able to see in the video that also circulates on the networks, it does not seem that it would have been the case, well the plane aborts takeoff without complications. It was later checked and, after no problems were detected and waiting for the brakes to cool down, it took off for Madrid an hour later. 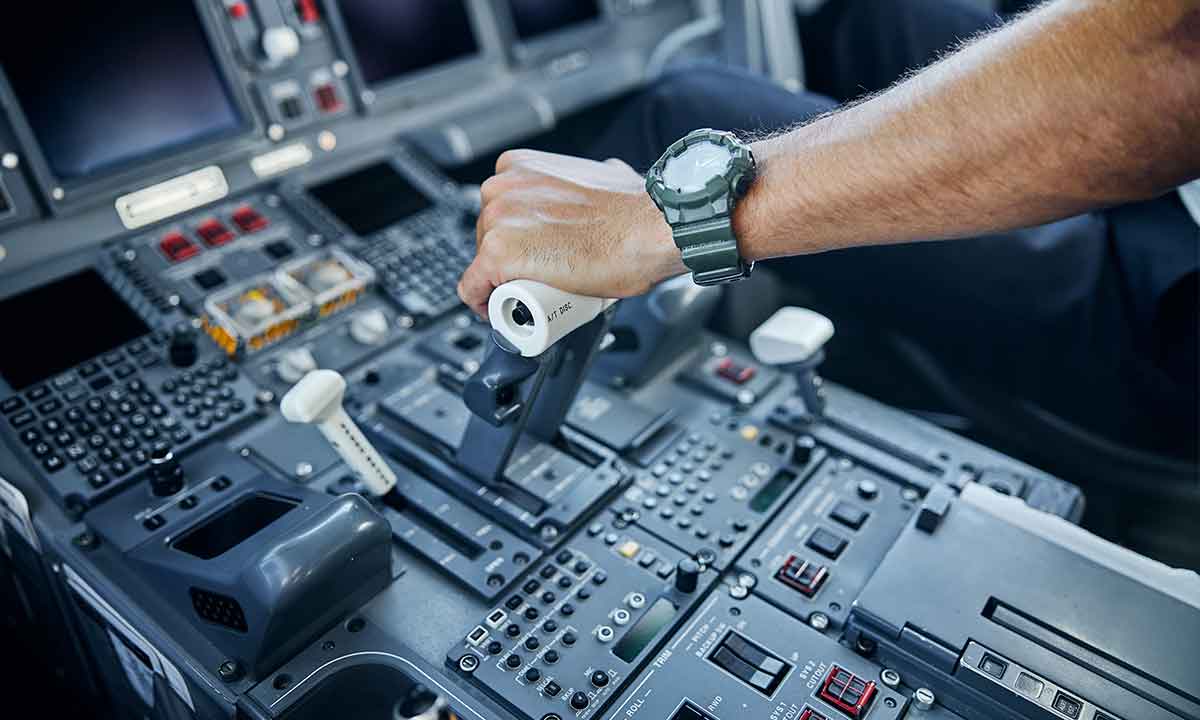 And what would have happened if upon receiving the warning they had already exceeded V1, and even VR? Would the second great catastrophe of Tenerife have occurred to which so many voices have pointed? No. If the Iberia Airbus had not been able to safely abort the take-off, it would have continued with it, and air traffic control would have instructed the Air Europa flight to modify its route, thus avoiding the collision course with the aircraft just taken off. Let us not forget that both aircraft remained, at all times, under control, and that there were many resources at hand for those responsible for the airspace to avoid major problems.

What happened yesterday in Tenerife was an incident, of course, but it is also one more sample that we can’t trust what we read on social media, so prone to exaggeration, tabloidism and even the most blatant of lies (I have lost count of testimonies from people who were supposedly on the Air Europa flight, some even claiming that the plane had already «half detached«, Despite the fact that the video shows us that in reality it had not even started rotation).

This is not, however, an amendment to the whole. Social networks also offer adequate, correct and weighted information. For example, about the Tenerife North incident, I can only recommend the threads published by both Air traffic controllers as for Aviator Duck, an account that, as good boomer That I am, he already has me half earned with his image of Uncle Scrooge, and that he publishes weekly the most interesting threads about aviation.

The problem, and it is something we have talked about on many occasions, is that misinformation and information distortion are rampant on the networks, and in cases like this they can cause a totally unjustified social alarm. Yesterday there was an incident in Tenerife, yes, but the yellowing with which it has been approached obviously, intentionally, that there are procedures to act in these circumstances, and that all the professionals who were involved in it know them well and know how to execute them. to perfection,

The search for “Like”, retweet and visibility has turned the networks (and also some general media) in noise generators. Today is with the Tenerife incident, but tomorrow it will be with any other matter. What is left for us then? Well, look for reference experts for each subject, and consult them when the time comes. Making a good selection takes time, of course, but in return, we will know that they are not selling us as a potential catastrophe something that, in reality, did not go beyond a controlled incident.