The operating system is the only program on a PC that actually communicates directly with the PC’s CPU. The reason is that there are a huge number of software processes, or program execution threads, that have to be managed, of course in the case of Windows 11 this has meant a decrease in CPU performance due to internal changes in several parts, which is surprising from the moment that in principle the new version derives from Windows 10.

Let’s see how the new Redmond OS, which was released yesterday October 5, influences our PCs and why it happens.

This is how Windows 11 affects the performance of our PCs On the other hand, if we look at older processors such as the Ryzen 3000 series from AMD and the tenth generation of Intel processors, we see how there is a greater performance cut. The causes seem to be related to the new security mechanisms that are always active in the operating system, which affect the newer generations of CPUs to a lesser extent.

Why does the new operating system consume more resources from our processor? 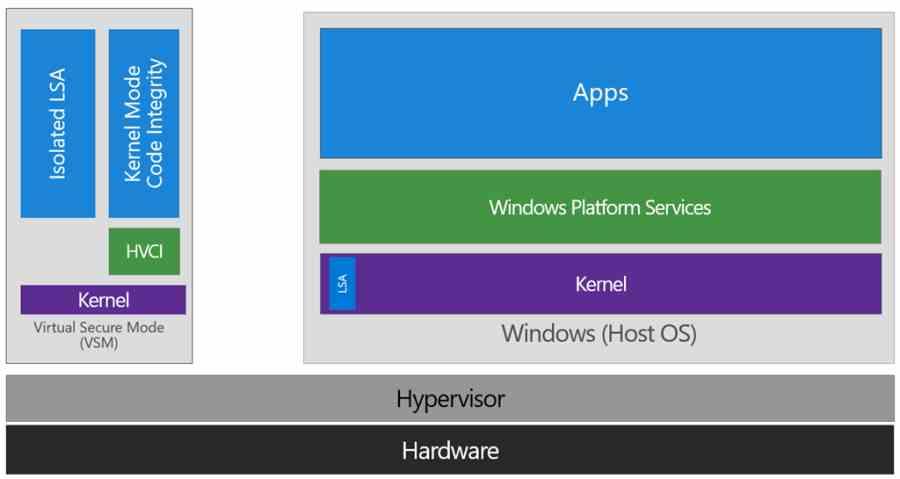 The culprits for the performance cut are two characteristics that are called VBS and HVCI. The first of them was already mandatory since the 1903 9D version of Windows 10 that was released in October 2019, while the second makes use of virtualization through hardware to give a safe space to features such as the TPM and the Hypervisor-Protected Code Integrity and it is the latter that has the greatest impact on performance.

A key element in terms of security is isolating certain system processes and encapsulating them in a space where programs cannot access illegally. Since the classic method is not entirely safe and there are ways to force a program to run in the kernel memory addressing, Microsoft has come up with the idea of ​​encapsulating separate parts of the operating system using hardware virtualization to do so.

Of course, the HVCI makes use of functions that in the hardware field are found from AMD’s Zen 3 and Intel’s Rocket Lake-S architectures, so if you have a processor prior to the AMD Ryzen 5000 series or an Intel Core 11, then you are going to see how the performance of your PC is affected when using Windows 11.

One of the biggest concerns when adopting Windows 11 comes from fans of PC video games, who always seek to obtain the best performance from their computers. And let’s not forget that the CPU is important since it is in charge of controlling various elements of the game and of course it has to share resources with the operating system and the rest of the programs.

The fact that the reinforced security of Windows 11 takes additional resources from the processor naturally affects the performance of the games, let’s not forget that all video games are a continuous loop in which the CPU acts at the beginning and with less available power this is it translates into each frame lasting several additional milliseconds and the frame rate suffers.

We must emphasize that there are functions such as DirectStorage that depending on our graphics card can be an additional load to the system processor, at the moment there is no game that takes advantage of it, but seen as it affects performance, perhaps and in order to play you should Consider an upgrade if you have a CPU older than an AMD Ryzen 5000 or an Intel Core 11.

What is the Metaverse? These 5 questions will help you understand it

Dual-Boot the Raspberry Pi with a single micro-SD