YggTorrent has once again to change address. To know everything about the torrent pirate site, to know the procedure to bypass any restrictions, here is a complete guide about it. Here we go !

Yggtorrent is regularly blocked by French ISPs, but also by Google, which often removes hundreds of pages from the site from its search engine. Or, as recently, because his Registrar, Tucows, decided to confiscate his domain name without further details. As always, the administrators’ parade is to change address. This has been the case for a few months: Yggtorrent has moved again, and this time it’s headed for Reunion!

🔎 Yggtorrent, what is it for and how does it work?

Yggtorrent is a site that references torrents. It does not host anything, but allows access to hundreds of thousands of trackers, which offer the means to download and share music, films, series, software…. The download site uses the BitTorrent protocol. You will therefore need suitable software, such as qBittorrent, Transmission Where Deluge. All of these applications are compatible with Windows, macOS and Linux. 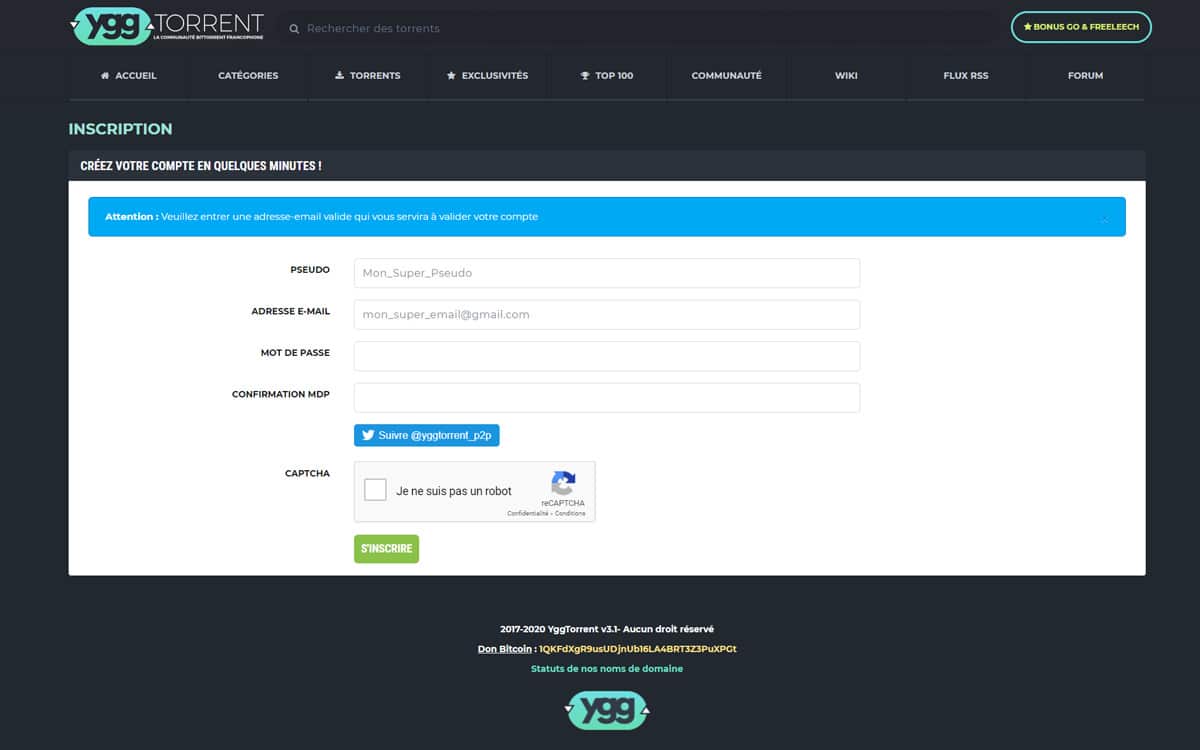 Once one of these apps is installed on your PC or Mac, all you have to do is visit Yggtorrent, click on one of the links provided by the site (the famous torrent trackers), and you’re done. The download starts instantly. Note, however, thatyou will need to register on the site to consult the catalog. Another restriction: if you want to download content, you will also need to share what you have collected or offer new torrents. If you delete or move files from your hard drive and have nothing left to share, you won’t be able to download anything. The whole principle of torrenting is based on sharing, it’s give and take.

🤔 Why is connecting to Yggtorrent sometimes complicated?

The platform took up the torch from T411 in 2017 and has had to face several challenges since. Belgium for its part, for example blocked YggTorrent in the past. In December 2017, YggTorrent thus changed its interface to be able to be back on Google search results. T411 also used a similar method to avoid blockages set up by internet service providers at the request of the courts. We remind you, illegally downloading copyrighted content is prohibited by law.

🆕 What is the new address for YggTorrent?

If you are a user of the site, you have probably already noticed that the site is inaccessible via the “.nz” extension corresponding to a New Zealand domain. Now you have to go directly to Yggtorrent.re to connect to it. This is the national extension of New Zealand. The change was made official on the site’s official twitter account, so despite this change of address, Yggtorrent remains the same site with the same interface, as well as the same user accounts. Note that the previous old domain name Yggtorrent.nz is still active and now redirects you to the new link with the extension re.

⚙ How to bypass restrictions and change DNS?

Finally, you may also need change DNS or opt for a VPN to get there. For example, try to configure the primary DNS to 1.1.1.1 and the secondary DNS to 1.0.0.1. It should work.

How to watch 300 free channels through Google?

Batman has a new logo, what is it like?