It would not be the first time that someone hesitates when buying an OLED (or QD-OLED) due to retention and burning. Are you sure it just having a little logic is enough? In any case, surely we would all be calmer if this problem, which is already difficult to produce using the television in a normal way, did not exist (or was practically impossible to produce). And maybe the QD-OLED technology have the answer.

Are QD-OLEDs almost immune to burn-in and retention?

The 100% accurate answer requires a few months until the main models of the manufacturers begin to arrive (the Samsung S95B and the Sony A95K), but so far we have been collecting a whole series of information from these manufacturers and experts in the television sector, which It indicates that yes, this problem is already a thing of the past. True or false? we are going to expose the arguments on the table and let each one draw their own conclusions. 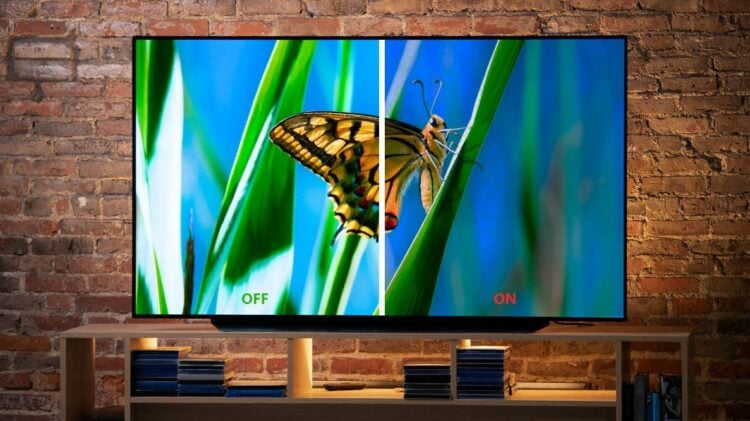 In this article that we left you a few months ago from the danish portal flatpanelshd, where they were able to further test Sony’s QD-OLED model, the A95K, they already commented on something very interesting. It seems that andThis model did not have ASBLWe do not know if it is because it is a pre-production model or because it is not really necessary.

Let’s remember that the ASBL is a mechanism that, when detecting a static logo, begins to lower the brightness of the entire panel, not just the affected area. This protection can be disabled on some brandsas for example in the LG OLEDs.

The fact that the A95K does not have this technology could indicate that the manufacturer is completely sure that no matter how long we leave a static image on the screen, the panel will not end up marking useo burning.

Some of the major manufacturers, like Dell (Alienware) and their great display AW3423DW QD-OLED focused on the sector gaming they are offering 3-year warranty which includes, as you can see, the issue of withholding and burning.

Let’s remember that we are talking about a monitor, which has a much more specific and static use than a television, with long sessions of static elements on the panel, games, etc. Even so, the manufacturer promises that absolutely nothing will happen to it… a sign that they trust that the new QD-OLED technology is much more resistant than the previous. 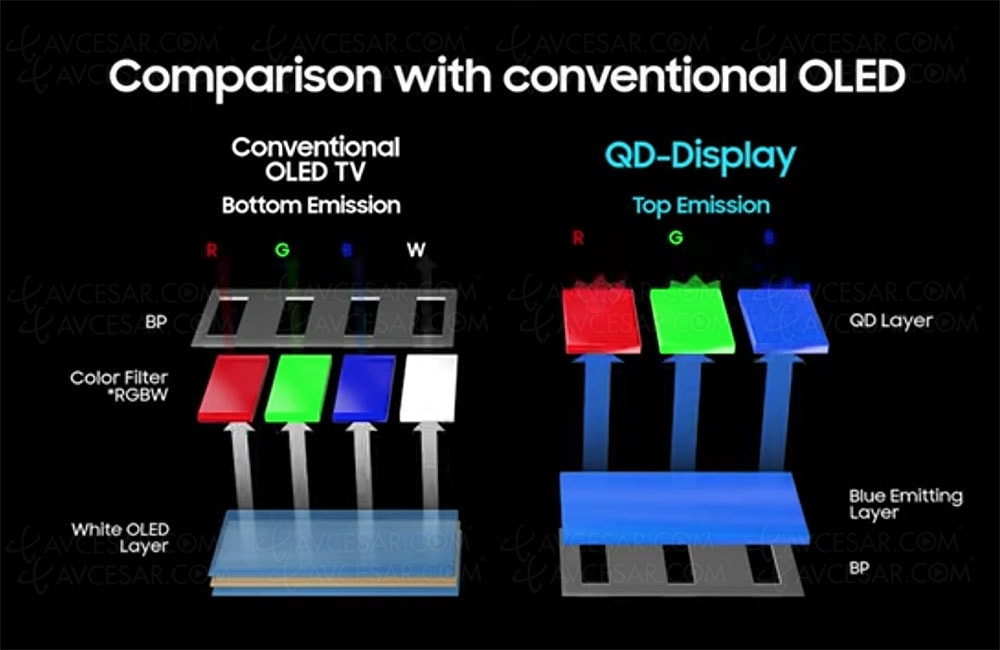 One of the main differences between QD-OLED technology compared to traditional WRGB technology is that it does not have a blue sub-pixel, rather the color is emitted through the incidence of the blue color (all sub-pixels are blue) in the nanoparticles. or Quantum Dots green and red.

This phenomenon implies that light can be emitted from the top of the panel (Top Emission) instead of from the bottom (Bottom) as the OLED WRGB do, being necessary in the latter an RGB filter colored in the middle. This color filter causes the loss of almost 40% of the light that a WRGB panel could give us, so the manufacturer (LG) has to increase and “force” the white sub-pixels much more so that enough light reaches the user.

In the case of QD-OLED technology, as there is no such filter, means that the light that reaches us is the same as that emitted by the sub-pixel, so you don’t need to force it too much. And this, therefore, implies that the panel has a greater longevity and the panel is less prone to marking.

On the other hand, according to the first information available to us, the new QD-OLEDs will combine the classic compensation cycles of every 4 hours with micro-cycles in real time, which will compensate the voltage of the sub-pixels most worn by the static logos.

4. Heatsink on some models 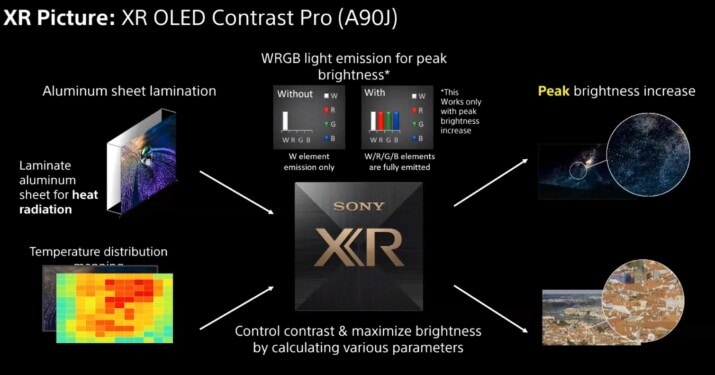 As you can see in the image above, some manufacturers like Sony in his stupendous A90J or Panasonic with its excellent JZ2000 range, they decided to incorporate a heat sink at the rear of the panel. This is essentially responsible for expelling the heat generated by the panel, which makes retentions and burns practically non-existent, since the subpixel does not degrade as quickly.

As if that were not enough, it also brings with it a third advantage: subpixels are subjected to less electrical currentso by generating heat and dissipating it quickly, its useful life increases considerably.

Specifically, if we touch a panel with a heatsink, we will immediately see that it is colder (the panel, not the heatsink), a symptom that the TV is capable of expelling all the heat generated impeccably and, as we indicated, having a positive effect on the useful life of the product. Technically, the back plate acts as a heatpipe giant, which retains all the heat and gradually expels it from behind.

This type of solution is already officially presented in some models of the new QD-OLEDsuch as in the new Sony A95Kwhich would also reinforce the reason for point 1 of this article.

5. The first tests confirm the theory

We are not only talking about theoretical issues, but we are already beginning to see the first staging on this topic. Of course, the popular youtuber Vincent Teohin your monitor analysis Alienware AW3423DW QD-OLEDhas already been able to prove these theories.

Specifically, the panel was subjected to a test comparing it with a Sony A90J (which has a heatsink, but is not QD-OLED) of 20 seconds with a white box of the 10% window in HDR. She then took off and watched as the Alienware had no trace of marking while the Sony took several seconds to remove “the shadow” left by that box.

As if that wasn’t enough, to see how far the QD-OLEDs improved, he put a very bright HDR scene and not only paused it, but left all the menu controls (very very bright whites in HDR) there. . And not only a trace of burning, but the panel was not even marked, quite an achievement to be an OLED. 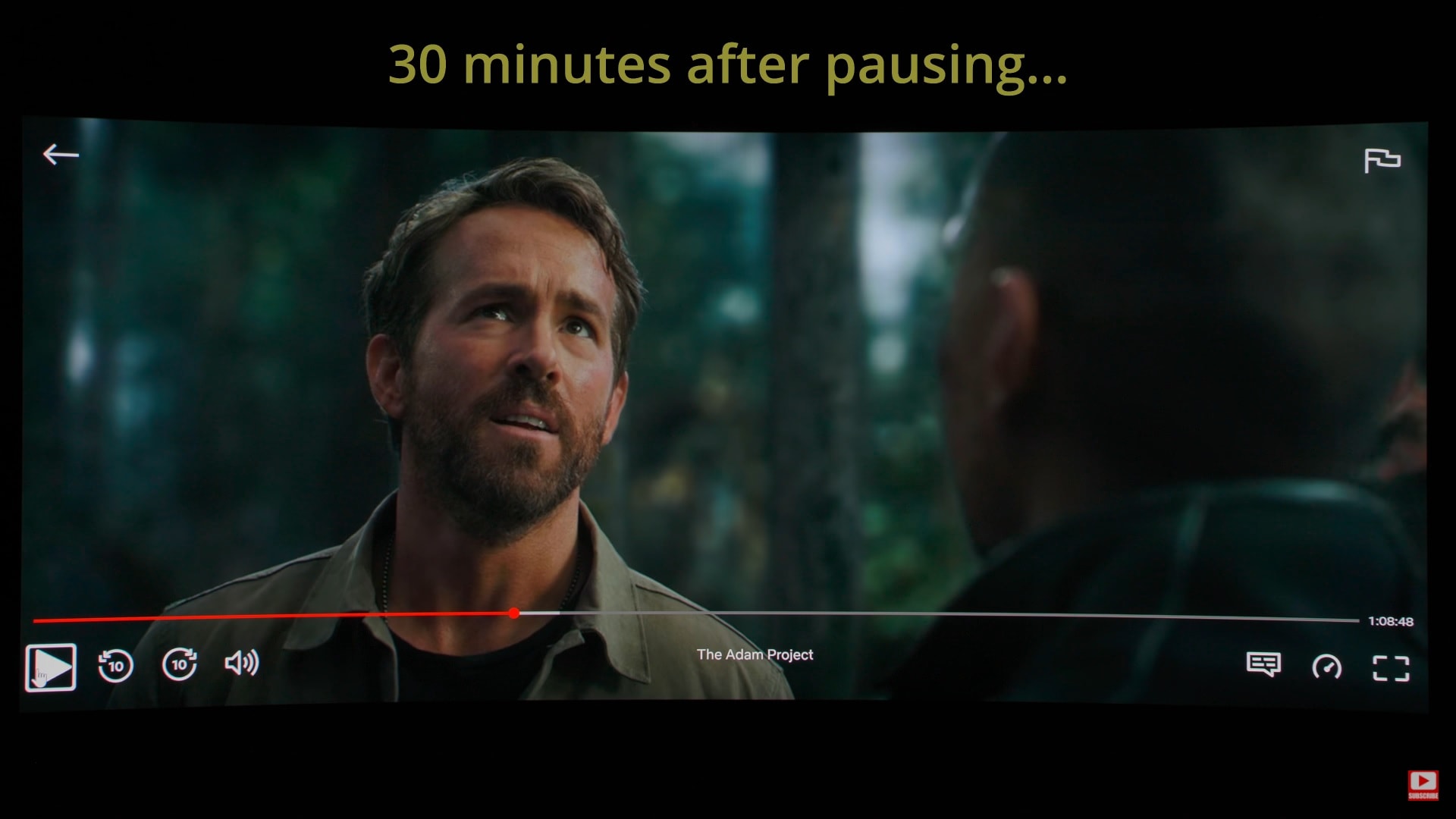 In summary: It seems quite clear that the new QD-OLED technology represents a clear advance in terms of burn-in and retention.although as we said at the beginning of this article, we’ll have to wait a little longer until we can analyze one of these new models to be able to confirm it first-hand.