It may seem that this accident is rare but we have already read several cases in which users who went to sleep with the AirPods on woke up with one of them inside the belly. In this case it is a new case in Massachusetts, where an AirPods user woke up with an AirPod in his stomach.

The accident usually occurs when the user falls asleep and does not leave the table on the AirPods these they can fall on the pillow and from there towards your mouth there is not so much distanceto. Logically it can happen with other devices but when it happens with the AirPods it is news.

In this case, the young Brad Gauthier, from a town called Worcester, in Massachusetts, went to bed with the AirPods on and in the morning when he got up while drinking water, he noticed some pain in his neck. At that moment he began to look for the AirPods on the bed and found only one … At the moment he related the chest pain when swallowing water with the iPod and indeed An X-ray at the hospital found that he had one of his headphones stuck in his esophagus.

Curious about the case is that when you remove the AirPod from your body, it continued to work perfectly in music playback, although the microphone stopped working. The recommendation here is that If you go to sleep with the AirPods on, it is best to try to take them off before going to sleep since you run the risk of losing the device and worse still of ending up swallowing it as happened to Gauthier. 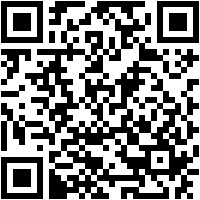 Rumors about the AirPods of the future with body temperature sensor, posture monitor and hearing aid