When configuring a Gaming PC, the tower is one of the most important pieces, since it not only helps us to choose the type of motherboard, but it will also influence the cooling that we can put, the length of the graphics card. , the CPU heatsink and even the amount of disks that we can use. In the end, the important thing is that its expansion capabilities serve so that regardless of our choice, we can install any current configuration.

That is why NFortec has created Acheron, which we can consider, in the opinion of whoever writes this, as the best gaming box of the brand to date. Which to its construction in SPCC steel in white or black we have to add the inclusion of five ARGB fans as standard, so it is equipped as standard so that you can have a tower of gaming aesthetics from the beginning, although where it stands out most is in its expandability.

General specifications of the Nfortec Acheron

The NFortec Acheron gaming tower has a mesh front, a side in tempered glass and various dust filters. Its dimensions are 425mm x 240mm by 550mm. Its construction is in 0.7mm SPCC steel and has a weight of 10.16 Kg. As for the motherboard that we can install on it, we are faced with an ATX-type gaming tower, but that can also house motherboards with the E-ATX, ITX and MicroATX form factors.

The supported power supply is ATX type up to 195mm, which is installed at the rear of the tower. So we can install a power supply of great power and size, ideal for high performance gaming configurations. And every configuration of this type is accompanied by a powerful graphics card. The one that we can mount inside the NFortec Acheron? Well we can install a gaming GPU that can be up to 383 mm in length. So we can mount any graphics card that is currently on the market inside this impressive box. And in case you are concerned about accumulated dust, NFortec has equipped its tower with three dust filters, located on the front, top and bottom of the tower.

But, a gaming tower would not be complete without being prepared for RGB lighting, which is why NFortec has equipped Acheron with ARGB technology, which allows us to synchronize the lighting of various components without having to worry about the brand. All thanks to the RGB controller integrated as standarde, which will facilitate the lighting configuration for all devices. All of the above combined with the 5 RGB fans that comes standard will allow us to have a complete gaming box with RGB lighting from the first moment.

Cooling capacity of the NFortec Acheron

Regarding ventilation, NFortec did not want to be left behind with Acheron, the tower supports up to 4 x 120mm or 3 x 140mm front fans. On the back we can place you up to 2 x 120mm or 140mm fans. In the 120mm top 3, at the base 2 of 120mm or 2 of 140mm. In addition, NFortec has had the detail of include five serial fans of the A-RGB type as standard. Three of them 140mm on the front and two 120mm on the back of the case. In total the NFortec Acheron us allows you to install up to 12 different fans inside, and the fact that it comes with five as standard means that this gaming tower is already equipped with quality ventilation just out of the box.

But if you prefer to mount a PC with liquid cooling, then you also have the possibility to do it. Since in the NFortec Acheron you can ride a radiator up to 480mm on the front, one up to 360mm on the top, a rear up to 240mm or one on the bottom up to 280mm. Therefore, its large space can also be used to create a high-quality complete configuration based on liquid cooling. This will allow you to take your PC components to their maximum expression in terms of clock speed.

Nor can we forget the ability to keep the CPU cool with a good heat sink, the height supported by the NFortec Acheron is up to 195 mm. So it supports the largest heatsinks on the market for both Intel and AMD processors, so you can not only mount the most powerful graphics card on the market, but also the most powerful CPU and keep it properly cooled. 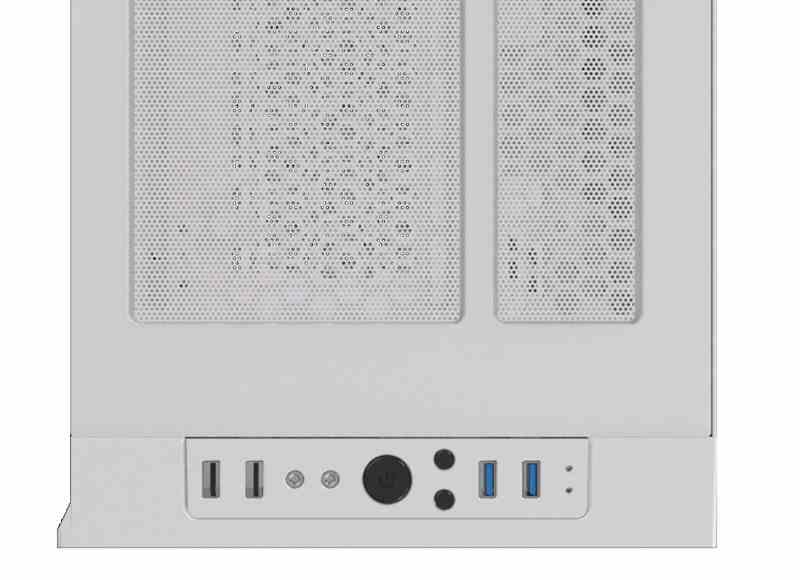 Being an ATX-type gaming tower, it offers great expansion capabilities and does not fall short of the ability to support 9 + 2 expansion slots. As for the disk bays we have four in total, of which we can use two of them for 2.5-inch discs and therefore they are ideal for installing SSD drives, while the others We can use both of them to install 3.5-inch or 2.5-inch drives. So they are ideal for conventional large capacity hard drives and optical disc readers such as BluRay or DVD.

As for his front panel, We can see four USB Type A ports, two of them are 2.0 and the other two are 3.0. To this are added the classics microphone and speaker minijacks, the the turn on and turn off button, the reset button and a LED to indicate the status of the PC.

This high-capacity gaming tower will be available on August 2, 2021, at a recommended price of € 199.95 and in two colors: black and white.

Why you should stop calling SSD a hard drive