CCleaner 6.0 is the new version of this popular “cleaner” for Windows systems that, to be honest, has seen better days. But it’s still there and if you’re one of those people who regularly messes around with the system by installing and uninstalling applications, you’re careless with its maintenance, etc., you may be interested in having its services again. Or maybe not.

And it is that CCleaner, as I say, had better days, but That was a long time ago. At the time, the Piriform software was one of the essentials for Windows, until various changes caused it to fall out of favor. Namely: the inclusion of past advertising, fraudulent versions that were unknowingly distributed with backdoors; the purchase of the company by Avast, whose ownership remains…

Microsoft itself recommends against using CCleaner because of the problems it caused with its deep cleans of the Windows registry, and later blacklisted the app a bit for all of the above.

However, at the beginning of the year the application became part of the Microsoft Store catalog without hearing anything negative about it, and what less than to echo it, in case someone is interested, since it is a tool multipurpose that not only affects the, on the other hand, and this is the fault of Microsoft and no one else, disastrous Windows registry system.

CCleaner is essentially a system cleaner, useful for leaving everything as it was before you installed those applications that you have ended up uninstalling, but that have left many remains along the way. CCleaner, in fact, is also used to uninstall Windows applications in a neater way than the system itself does; it cleans your registry, gets rid of cached files and history (beware of this, it removes you from sites where you’re logged in), sweeps privacy and security, and many more things that you can customize.

But CCleaner is also useful for other things, such as automating the updating of hardware drivers, a task that is usually a bit heavy that this tool easily solves; Y As for CCleaner 6.0, its main novelty is a performance optimizer which basically analyzes the processes, lists them according to the load they exert on the system and invites you to suspend them when you don’t use them to save resources. Nevertheless… 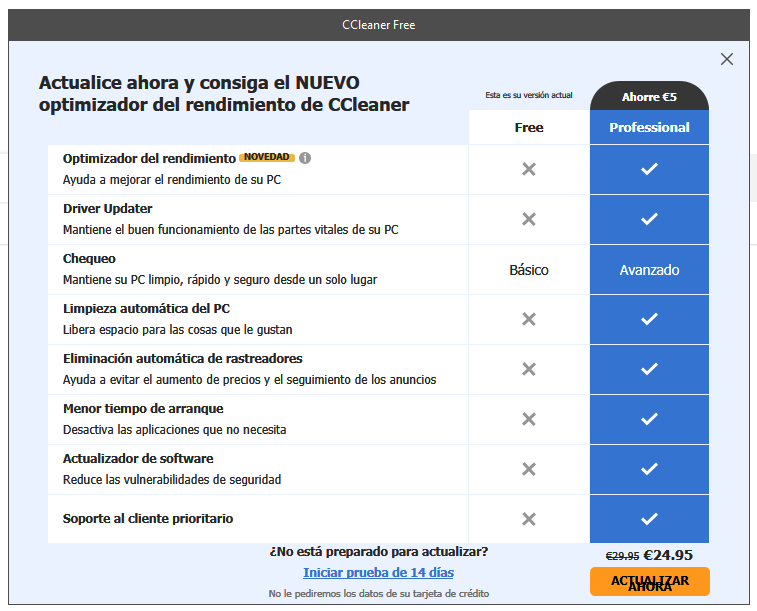 However, CCleaner took a turn in recent years, even before its purchase by Avast, but also afterwards, and what was a one hundred percent free tool ended up losing its most useful options only for paying users, which in a certain way is normal if it is good and they want to monetize it. That is, better that than shamelessly spam you or worse. The downside, of course, is that if you don’t pay, it’s a pretty useless piece of junk… more or less.

In other words: where CCleaner doesn’t go, you can go and in the process learn to maintain the system a bit, which never hurts, since the application shows you what needs to be corrected. And although there are alternatives, this one, which is still one of the best known in its category, ends up taking the cat to the water on many occasions.

Yes indeed: install it better from the Microsoft Storewhich although it does not update as fast, will always be more reliable and faster. VOD news 13/22: ‘Pachinko’, the paradox of the existential soap opera

This month Xbox Game Pass takes more from you than it gives you: premieres and farewells