Every time a new title or version of Microsoft Flight Simulator is coming up, fans of the franchise are going crazy. It is difficult to meet expectations, you may like the game more or less, but if you accompany it with peripherals that are a real past, the experience improves a lot. The best or at least the most comprehensive yet may be the latest from the Turtle Beach guys, a state-of-the-art flight controller they’ve called VelocityOne Flight.

It was announced at E3 2021, it won the Best of Show award and after this award with the visibility it grants, thousands of users were interested in this controller that promises to revolutionize the simulator market.

It has been the president and CEO of the company who has put a little white on black in terms of the expectation aroused and of course, has shed light on the project, since from a demonstration to the sale of a finished product there is a stretch. What has Juergen Stark said about VelocityOne Flight?

We had over 21,000 fans signing up to be notified when pre-orders became available, so if you’ve been considering upgrading your current PC flight simulation hardware or are interested in playing Flight Sim 2020 on Xbox Series X | Yes, reserve your VelocityOne now because the interest is so high. As a pilot and user of flight simulators my experience with VelocityOne Flight has been fantastic.

We’ve seen similar interest and anticipation in the flight sim community, as well as gamers hoping to experience the thrill of flight on Xbox. VelocityOne Flight will deliver the most realistic simulation experience on Xbox and PC, and pre-ordering now will be the best way to ensure you get one by being the first.

Obviously we are before the announcement of the pre-orders of this VelocityOne Flight, but what does it really offer?

The most complete flight simulator

At least according to the company, but in any case they have arguments to affirm it, since its design and conception have been carried out with the collaboration of aeronautical engineers and pilots together with the company’s team with more than 20 years of experience in their resumes. .

This has made the control system the most comprehensive designed and the controls are intuitive and realistic in an all-in-one system that starts from a fork handle of 180 degrees totally faithful to reality and incorporating rudder controls at our fingertips. This allows precise control for any type of aircraft, making handling and control much easier. 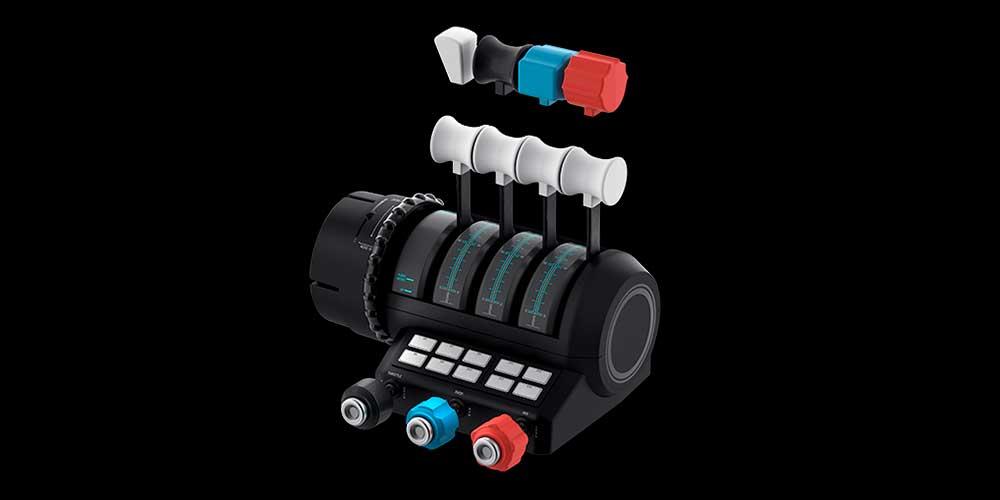 The modular throttle dial integrates an adjusting wheel (10 programmable buttons), lever and vernier controls with Hall effect, where these are interchangeable giving greater customization to the set to suit the pilot and of course, creating a more realistic atmosphere if possible, since it is not the same to man a light aircraft to a heavy one .

It also has an integrated rudder, full controls with two view selectors and 18 buttons assignable, in addition to a flight management screen that will allow us to see the profile between different aircraft.

East VelocityOne Flight is available for Xbox Series X, S, Xbox One and of course PC through Windows. Its price has been set at 379.99 euros and only two units can be purchased per customer.

Cheap and more powerful gaming laptops? This is the NVIDIA MX550 2 GB

It’s not that you’re bad at playing, you may not win because of your mouse