This is possibly the strangest reason we’ve ever heard of disqualification from an esports tournament, as the reason was none other than simply wanting to be in costume for a competition. This is how surprised our protagonist was, who through his official Twitter account announced that he was not going to participate in the Twitch Rivals of the day because the organization stopped calling him.

I was pumped to run it up with @KaleiRenay & @ClutchBeIk today but received this message, day of…

“ZLaner is not eligible for Twitch Rivals today”

Some suggest that another of the reasons that have to do with the disqualification is that ZLaner broadcasts mainly on YouTube, and although it has a partner account on Twitch, its main focus is the Google service. The Twitch Rivals tournament offers a $ 75,000 reward to the winners, so if in addition to taking the money to another network, you dress as the most controversial and banned user in the history of the service, most likely you will end up annoying Twitch. And that is possibly what has happened. Another issue is whether it is truly necessary and if it threatens the freedom of the streamers themselves.

What a frikin day on the timeline

Why is Dr.Disrespect still taboo on Twitch?

That is the question that remains unanswered, as well as the reason for the expulsion of the famous streamer. Since he was expelled from the streaming service in January 2020, Twitch has been completely inflexible in the face of any type of reinsertion or forgiveness with the streamer, but the most curious thing is that not even Dr. Disrespect himself can say the reason for his ban.

At no time were the reasons made public, so to this day it remains an absolute unknown, even more so when it was one of the most important streamers in the audiovisual scene.

Wig, mustache and glasses with reflections are prohibited 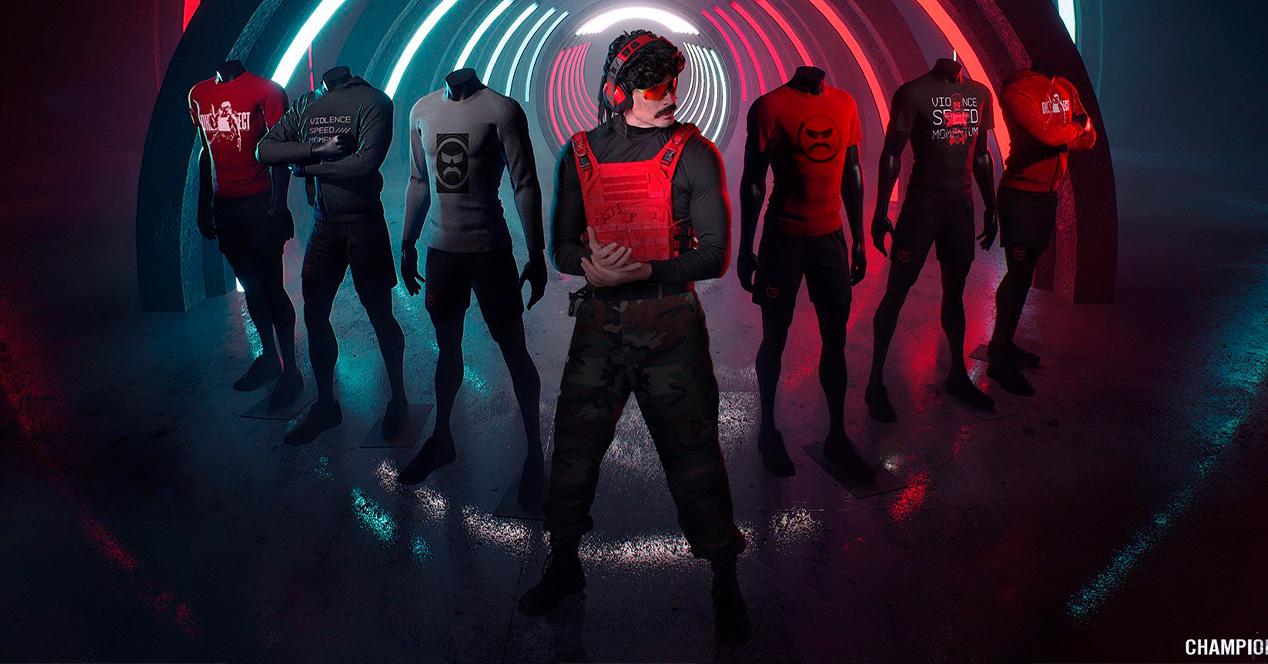 After all, the costume could not be called a costume as such, since, with a simple wig, glasses with reflections (typical of a cyclist) and a mustache we would have the prohibited outfit on Twitch. It remains to be seen if this event generates a wave of protests in the service, since as we say, it makes no sense for a player to be unable to play a tournament for wearing a wig and a mustache. Meanwhile, we leave you with some Amazon accessories so you can dress up as Dr. Disrespect to show solidarity with the cause.

All Amazon proposals are selected manually under the criteria of the El Output team without any agreement with the brands shown. The links used are part of our affiliate agreement with Amazon, with which we receive a small commission in return.

Qualcomm’s smartphone for Snapdragon Insiders, does it make sense?

Nobody likes the official poster for Uncharted: The Movie