What is and why this failure occurs in Windows Defender

This is a problem that will prevent scan files with Windows antivirus. It throws an alert message indicating that the scan could not be started and shows us the error code 0x8007139f. This is a software-level conflict that prevents Windows Defender from running normally.

The normal thing is that it happens for a conflict with another antivirus. This is one of the reasons why we do not recommend having more than one installed on your system. Basically what can happen is that both programs “get in the way” of each other and can lead to bugs like this one we see. If, for example, we have the Windows antivirus and we have also installed another such as Avast, Bitdefender, Kaspersky or any other security solution, it is very likely that this is the reason.

But it also appears when there has been a problem with any update. Always having the latest versions is important, but sometimes this update is not completed correctly and certain errors appear. If we have recently updated Windows and for some reason it has not finished well, it may also be the cause of the error 0x8007139f. This happens if, for example, we have gone offline during the installation, we have shut down the computer prematurely or there has simply been a failure with the files.

Another reason, which could be derived from the update problem, is that there is corrupt files on the system. This always causes errors of this type that prevent certain components or programs from running normally.

We are going to explain what we can do if this problem appears when trying to scan files with Windows Defender. It is a relatively common failure and the normal thing is that we can solve it quickly and thus make everything work normally. We will not have to install anything additional.

Stop or uninstall other antivirus

We can also directly uninstall the other antivirus that we have. In fact, we recommend doing it, because if we have Windows Defender and another one, whatever it is, sooner or later we will have conflicts of this type and in the end, instead of improving security, we will complicate the situation.

This can happen if we install a program and, together with this software, they offer us to also install an antivirus and we mark it thinking that it will come in handy. We would have another security application installed and, although it really is a good antivirus, it could be generating conflict. It happens when we install browsers, for example, that invite us to also add a security program.

Check that Windows is up to date well

The second most common cause is that there has been a problem with windows update. This forces us to verify that the system is really well updated and, in case it has not been completed, to force a new update and make sure that it has finished well.

For this we are going to go to Start, we open Settings, we are going to Update and security and there it will show us what version we have installed and whether or not there is a pending update. If a previous update has not been completed, the files will appear as pending and we can start again.

Additionally, if we click on the button above Search for updates, it will start looking for new versions that we can add. Many of these regular updates are related to Windows Defender, hence problems can arise.

Another step to fix Windows Defender error 0x8007139f is to make use of the troubleshooter. This feature that comes integrated with Windows can help correct certain problems automatically.

To run it we have to go to Start again, enter Settings, Update and security and there we click on Solve problems. Once here you have to go to additional troubleshooters and it will show us a series of alternatives that we can choose from. 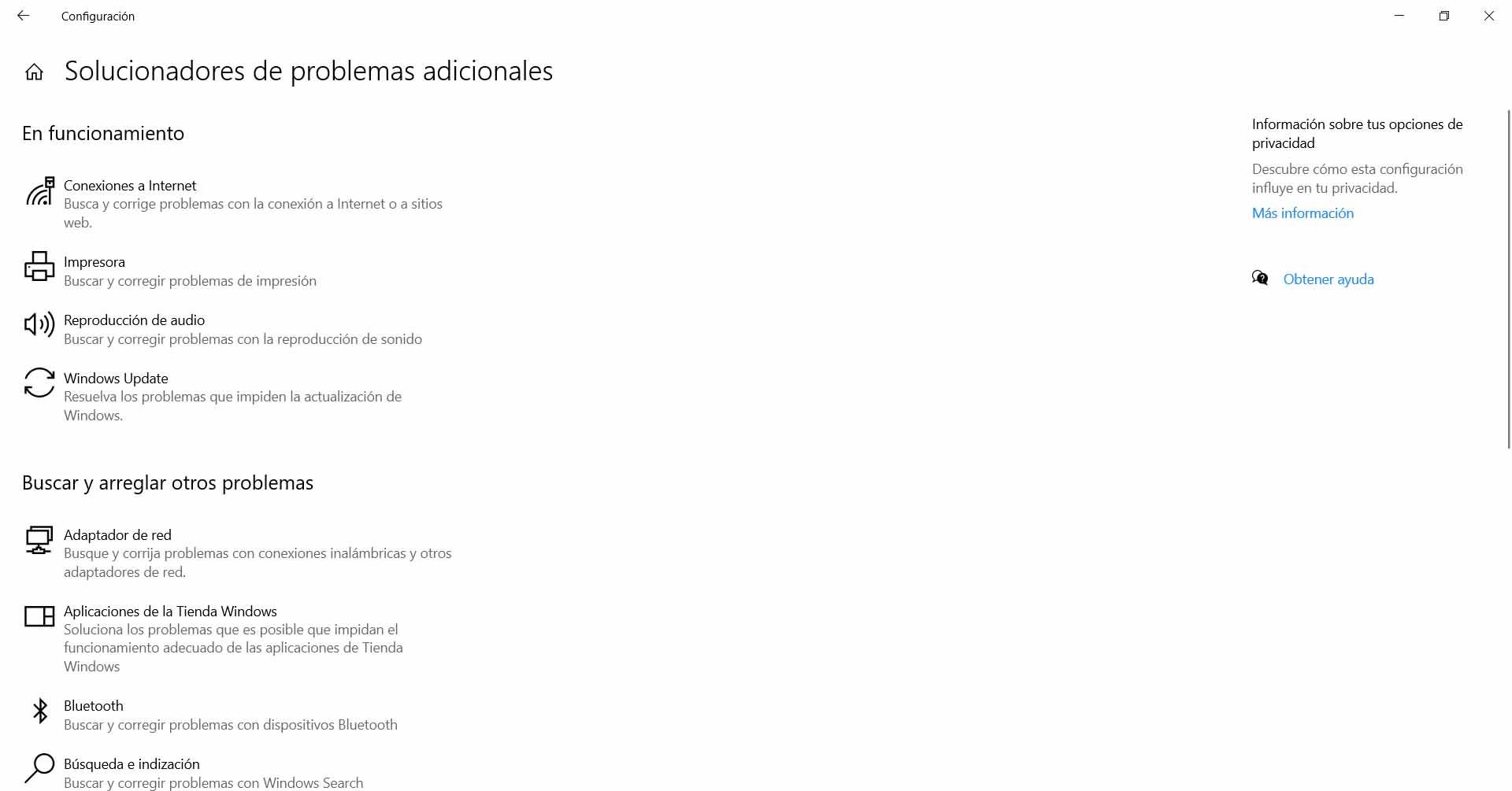 We are interested Windows update, as our problem may be due to a failure with the Windows update. Therefore, we click here and click Run the troubleshooter. It will automatically start looking for possible problems that have appeared and correct them. 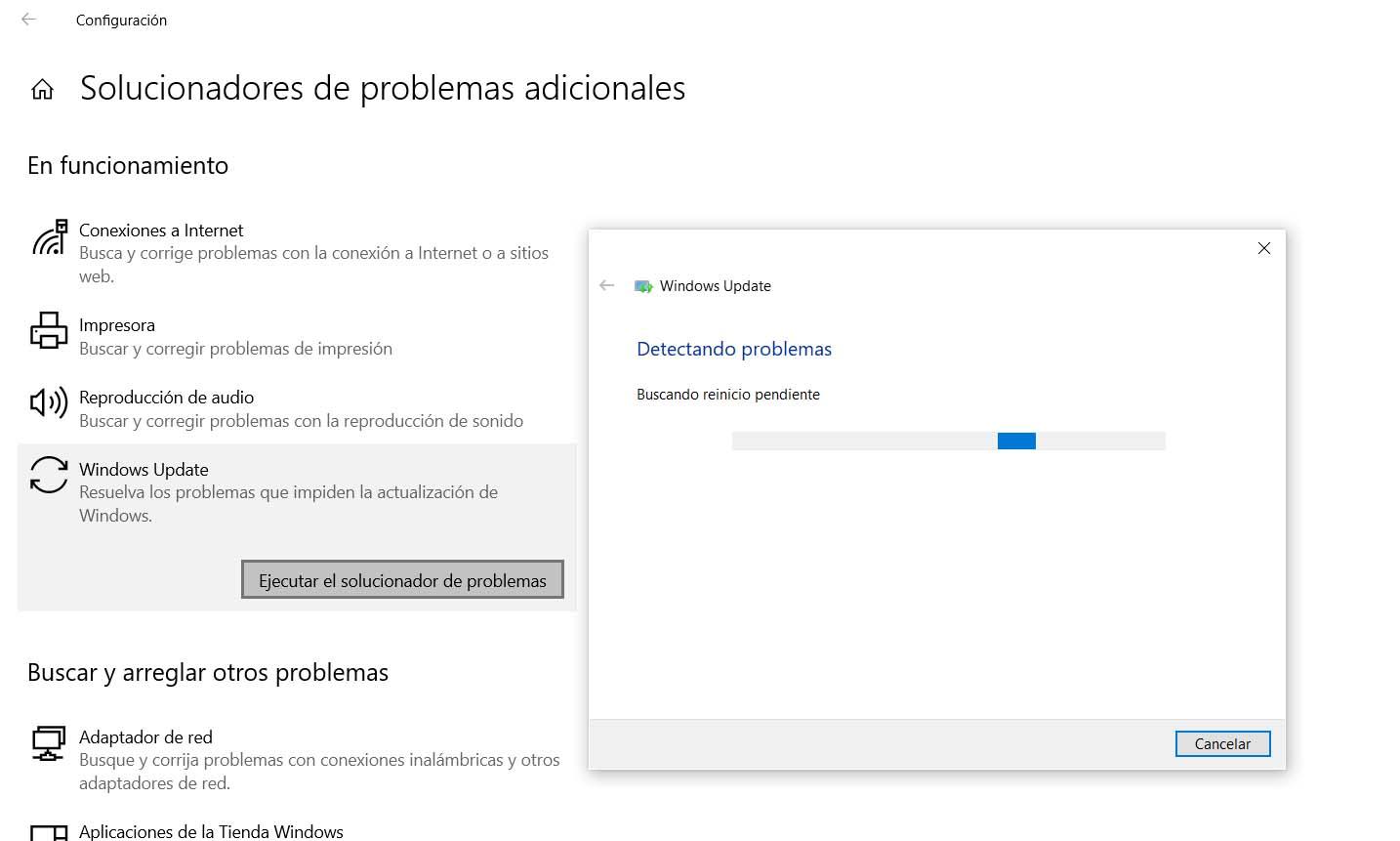 See if there are corrupted files

We must also mention the option to correct possible corrupt files. It can certainly be another reason why problems similar to 0x8007139f appear when scanning files with Windows Defender.

For this we will use the system file checker or SFC command. It is a tool that comes integrated with Windows and helps us to restore possible damaged files and correct certain functions or features that have stopped working correctly.

We have to go to Start, type Command Prompt and run it in administrator mode. Then you have to execute the command SFC / scannow. This process may take a few minutes, depending on the capacity of our equipment and the number of files that it has to analyze.

In case it detects corrupt files, it would try to repair them. We would see a message like the one we see in the image above whenever it has been possible to solve it. If it did not detect anything wrong, it would simply tell us that it did not find an integrity violation.

One more option is momentarily disable Windows Defender and see if that solves the problem. It is not a very advisable option, since we will be unprotected even for a moment, but if all of the above has not had any effect, we can try it.

We have to go to Start, we enter Settings, Update and security, Windows Security and Open Windows Security. Open Antivirus and Threat Protection and access Manage settings. When we are inside we must uncheck the box Real-time protection. It will issue a warning to us that we must accept.

We are going to have Windows antivirus disabled momentarily. We can easily enable it just by pressing the Real-time protection box again.

In short, the error 0x8007139f that prevents Windows Defender from working correctly and analyzing files can be solved by following these steps. The most normal thing is that it is a conflict with another antivirus, but we have also indicated that it could be a failure with the system update or corrupt files.

This is the cheapest way to improve your home WiFi network

How to stay safe online?