The community has been working for a long time on what will be the new version of this Linux distribution and that it will arrive on our computers very soon. And, although it is not going to be a revolutionary update, we are going to find several improvements and news that we will see in detail below.

One of the main novelties that we must highlight in this version is that it will come with the new GNOME 41 desktop installed by default. We have already seen the revolution that this desktop represents before, being a mix between Windows 11 and macOS, and taking the appearance of Linux desktops to a new level. Among other new features, what the new GNOME 41 will bring to Fedora 35 is:

This new version of Linux will also include by default PHP 8.0, the session manager PipeWire, and completely removes Python 3.5 dependencies, which have been unsupported for a year. Many of the packages installed by default (such as Python, gcc, Perl, Node.js, and RPM) have also been updated to their latest versions.

Finally, the different Fedora Spins They will include the latest versions of the desktops, such as:

The Linux kernel It is also going to be updated to its latest version to be able to enjoy all the improvements and news that have been included since the arrival of Fedora 34 to date.

At the moment, the development of the new Fedora 35 is reaching its final stages, but is not yet complete. IF all goes well, this new version will reach all users next October 19, 2021, although next week we should be able to receive the first beta to have a first contact with it.

If we do not want to wait for the launch of the final beta, we can download the development ISO of this distribution from the following link, which will allow us to have a first contact with the news of Fedora 35 and its GNOME 41 desktop. Also We can find the ISO images of the different Spins, and even of other editions such as Kinoite, Silverblue, Cloud or Container. 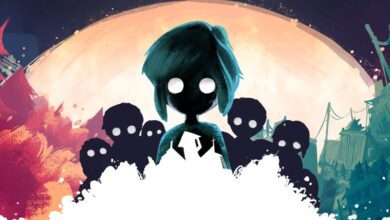 Stop shooting and have a real adventure with Children of Silentown This is the capture device you need to have for streaming Are you going to program in Arduino? All you need to know