The price of the new LG C2 OLED is filtered: this could cost in Spain. That we are all biting our nails waiting to know more about the new generation of LG OLED panels is a fact. Today the chain John Lewis, one of the largest in the UK (it would be the equivalent of Spain to El Corte Inglés) has put in pre-order (to reserve, go), the 48-inch LG C2 model, including the price. And yes, it is cheaper than the previous generation.

The price of the new LG C2 OLED is filtered: this could cost in Spain

As you can see in the photo above, the official launch price has already been listed, at least in the UK. 1399 pounds is the price that marks the English store… but including a free LG SN4 sound bar (currently valued at 240 pounds). Probably being a pack, the store has more room for maneuver and the price of the bar is really 200 pounds, which would make the price of the loose TV 1199.95 pounds or what is the same, 1439 euros.

And in Spain? Well, taking a look at its Spanish equivalent, El Corte Inglés and looking at the price differential of the 48-inch LG C1 in March-April 2021 (when it was launched in both countries), we can see how in John Lewis it came out at 1,299 pounds (1,560 euros)while in the Spanish store it went up to 1599 eurosa differential of only 40 euros in favor of the United Kingdom.

In short, if the same difference is repeated this year, the official launch price of the 48-inch C2 in the UK will be 1,199.95 pounds (1,439 euros). while in Spain it would be 1499 euros. Everything checks out, thus being significantly cheaper than the C1 model on the day of its launch in 2021. All this taking into account that they are official prices, since we know that in other stores the price will be cheaper. And that knowing that the 48-inch model (and the 42, 88 and 97-inch) are the ones that cost the most to manufacture for LG due to the ratio of good panels to such small or large sizes.

The price of the new LG C2 OLED is filtered: more data from its panel 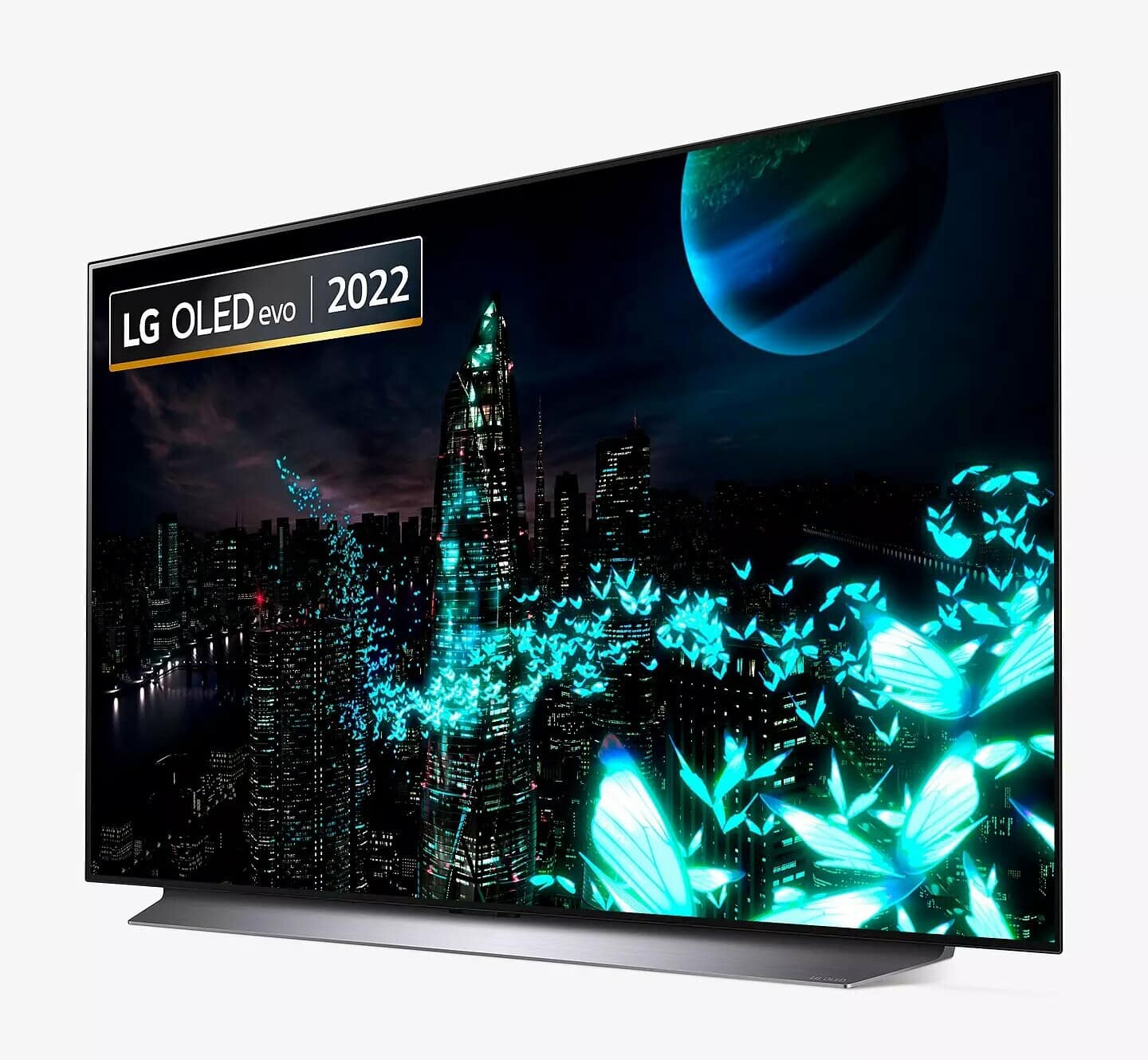 Thanks to the product sheet, we have been able to know more information about this new C2. To begin with, we know that it will use an EVO panel (in fact, it has it in the photograph itself), although No one knows for sure if OLED.EX will just be a new name for EVO panels. with some improvements.

It should be remembered that this type of panel offers several advantages such as greater resistance to retention and burning, up to 20% less power consumption, up to 20% more extra brightness and lower ABL.

What we do know is that this new C2 will feature the new a9 Gen5 AI 4K processor. Of this new SoC, we can tell you that LG will use a noticeable improvement in “Deep Learning” in order to achieve improved scaling and tone mapping performance (“Pro” this year) and thus offer the images on the screen a more three-dimensional quality after more clearly delineating the elements from the background to the foreground, something very very similar to what Sony does with its Realistic Recreation in the XR processors.

Another detail that John Lewis remarks, literally, is that the C2 will also use the technology Brightness Booster. This information does not add up to us since according to LG’s own press release, this technology is exclusive to the G2 range, which will incorporate it (it is a copper heat sink to allow greater brightness in the panel and reduce the possibility of retention and burned).

The arrival of LG’s new OLED TVs is not yet officially on the table, but like every year, it is expected to be mid-April or early May at the latest. At least we can already know, roughly, what the price of one of the diagonals of the C2 model will be.

our advice to go all digital

These diseases could cause the next pandemic