This 2022 is the year in which we will finally see, if there are no delays, the launch of the AMD Zen 4 to 5 nm. However, it is not a new manufacturing node, as Apple has been using it for some time. What’s prompting AMD not to use a more advanced manufacturing node for its Zen 4?

Lisa Su’s announcement of the Zen 4-based Ryzen 7000s is getting us biting our nails, as we’ve long wanted to get our hands on the next great CPU architecture from AMD. At the moment we have to wait a few months, but little by little new details are leaking.

New information about the AMD Zen 4

During the last CES, AMD at its conference confirmed that its Ryzen 7000 desktop processors will be released in the second half of this year and will be based on the Zen 4 architecture, which will bring, among various novelties, a significant increase in performance thanks to improvements on the architecture that will seek to obtain a higher ratio of instructions resolved per cycle.

Something that we are very clear about is that AMD will repeat the design in chiplets that began with the Ryzen 3000 based on Zen 2 and continued with the Ryzen 5000 with Zen 3 architecture. So there should be no changes in that aspect and, therefore , the tradition of the last two Zen generations will continue. That is, each processor would be a 2.5DIC configuration with one or more CCD chips that include the cores and an IOD for the rest of the processor. All this mounted on an interposer with up to 2 CCDs for the Ryzen and up to 8 and a more advanced IOD for the EPYC and Threadripper models that will be released by 2023 for the server and HEDT markets.

Another thing that we have seen confirmed by the CEO of AMD is that of the 3DIC models, so just as we have seen the Ryzen 7 5800X3D we could see an equivalent in the form of the Ryzen 7 7800X3D that makes use of the so-called V-Cache. It has long been said that Lisa Su’s would have a version optimized for cloud computing that relies on remote server processing. Let’s not forget that they are CPUs that are running 100% of the time and, therefore, go at a lower clock speed, the V-Cache serves to compensate for that cut in speed with a higher performance per clock cycle. 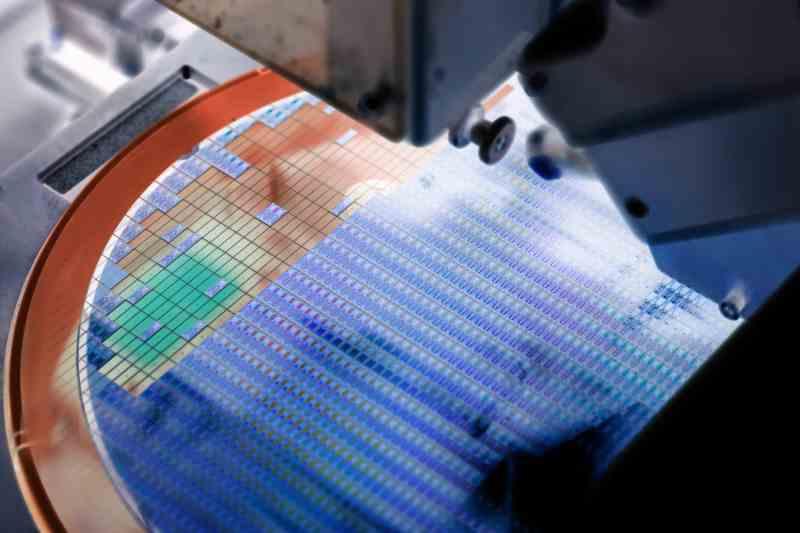 The CCD Chiplets are of a size that does not even reach 100 mmtwo On average, due to their dimensions, they could be built using the most advanced manufacturing nodes and given that the launch of the Ryzen 7000 will coincide with the launch of Apple in the 3 nm of TSMC, the question is: Why does AMD use the Zen 4 to 5 nm instead of a more advanced node?

The reason for this is very easy to understand, it is not about inherent limitations of the 3 nm node, but that each node manufactured by TSMC has two different variants. One optimized for high-performance systems and the other focused on energy efficiency. Although AMD could use the 3nm node that Apple will use to build Zen 4, it would not get a processor with the same performance as using the 5nm node they have chosen. And is that nanometers are an approximation of the number of transistors per area, but not the performance that can be obtained.

Let’s not forget that one of TSMC’s key partners for the 5 nm node is AMD, which has collaborated in the construction of the Full Custom libraries for the design and subsequent construction of its processors. Remember that the entire process of designing, validating and manufacturing a processor takes many years and changing the process can lead to a fatal delay for the processor.

Do I need to restart Windows after installing a program?

Throttle and coprocessor in an SoC, why are they not the same?