The laws regarding financial products are very different in each country and if we also take into account that this is a card created together with an entity like Goldman Sachs that does not operate worldwide, the matter becomes even more complicated. Apple must not only study the viability of this card well in each territory, but it is also required to study the laws and find partners with whom to launch it.

That is why, even today, it is available only in the United States. It does not mean that it cannot be used in other places, since it acts like a normal card in that sense, but its contracting requires having residence in the North American country with conditions similar to those of any other.

How the Apple Card works

This financial service offered by Apple and Goldman Sachs requires several peculiarities in relation to its operation and that we will tell you in the following sections.

How to hire it

If you meet the previously discussed requirement of reside in the United States, in addition to proving it, you will be able to access the contract. And it is important to emphasize this of accreditation, since changing the region of the device or using a VPN does not help, since like any financial product requires documentation that serves to verify that you are in that territory.

If you do, you can use a iPhone or iPad for recruitment, following these simple steps:

Once this is done, if you request the physical card, it will arrive at your address in a period of between 3 and 7 days approximately.

The first thing you should know in this regard is that You will not be charged any type of commission when performing operations, such as no maintenance fee annual or similar. And although this is in the end an advantage offered by other companies, it is not like that in all of them and it is always something to keep in mind and more when the discharge is not charged either nor the physical card itself, if you request it.

That said, there may be an interest and, as we told you before, you must meet a series of requirements to access this card. And it is that, in addition to living in the United States, you must be able to prove your solvency and based on this, the contracting conditions and the interest rate will be established.

Not even with the approved application we can give you exact information about this, but we can assure you that depending on your income level it could range between 13.24 and 24.4% APR. Be that as it may, do not worry because before signing anything you will be able to read the conditions and know all the details about it.

How to add it to iPhone

As we have already advanced and you will have seen in the previous section, the Apple Card is a physical card, yes, although like many others it can be add to Apple Pay and act as a digital card. In fact, it is in this format that it makes the most sense to be able to keep track of all operations.

With regard to adding it to Apple Pay, it is as simple as following the step mentioned in the previous point, although if you omit it, you can add it at any time by following the usual steps. To do this you must go to Settings> Wallet and click on «Add card». Later, when you’re in Apple Pay, you’ll be able to access make payments with it by pressing the side button twice (iPhone X and later, excluding iPhone SE 2020) or by pressing the Home button twice (iPhone 8 and earlier, including iPhone SE 2020). Benefits of its use

The fact of contracting this card, like so many others, includes a series of benefits and money savings that are very interesting. Although it also has certain outstanding characteristics in other areas.

Savings and even earnings

There is a functionality with this card called Daily Cash which basically consists of getting money back for your purchases. That is, by performing a certain number of daily operations, you can achieve that re-enter a percentage of the money spent, which does not have any type of limit and you will receive it periodically.

This percentage is 2% in those establishments where you pay with the digital card via Apple Pay. If the payment is made through the physical card it will be a 1%, which does not hurt for those establishments in which payments can not be made by that other route. That is why, if there is a possibility, it is always recommended to use the digital card.

Another attraction of making payments with this card is that you can refund you 3% of your purchases at Apple. And it will not matter if it is a physical store or through its online Apple Store, being indifferent also if it is an accessory or a more expensive computer, since this percentage will always be re-entered on the card with the same method than Daily Cash. 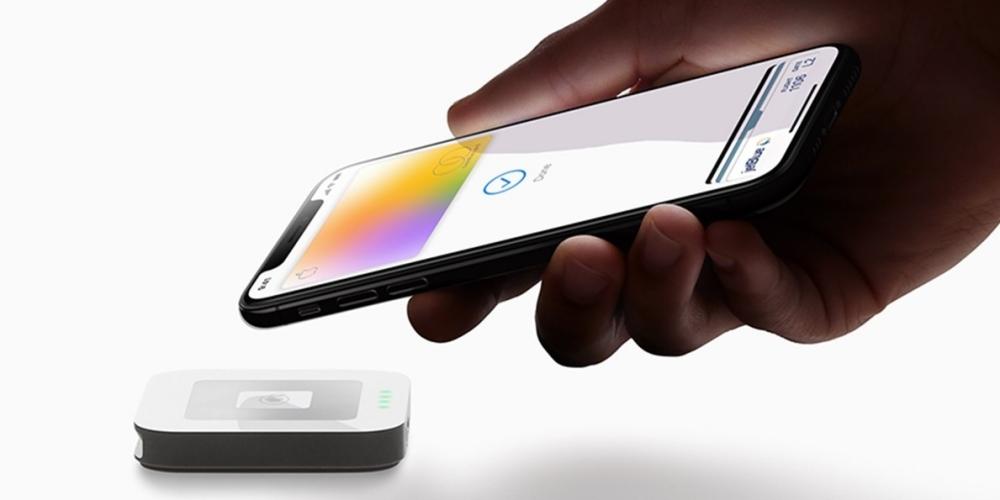 As in all its products and devices, Apple does not want to leave aside an area as important as the security and privacy of both the users themselves and their data. Obviously they made no exception for the Apple Card and there are several aspects to highlight in this area.

As for the physical card itself, this It does not have a number, no expiration date, or CVV security code, which guarantees that even in cases of theft, transactions of large amounts cannot be made. If the name of the owner appears, of course, but in the end that remains as insufficient data as the other data related to the card is not available. In view of this, it also dispenses with digital signature and pin code of the card, being always necessary to credit a payment using Touch ID / Face ID or the code of the device that is being used for the payment.

And to guarantee the privacy of the user’s data, it is also noteworthy that Apple’s servers do not store information about transactions that are being made with this card. This does not mean that each user cannot keep track of their purchases, since they can, but only they will have access to that history.

Apart from what has already been mentioned, there are other highlights of the card more related to its physical design itself and its management through the application it has for iOS. In these next two sections we will tell you more.

Throughout this post you have been looking at photos of the card and in the security and privacy section we told you what it contains. But to be more exact we will tell you more details. Has the same dimensions as other cards of this type, so there is nothing special there.

However, it is something particular in terms of construction materials, since it is made of titanium. This, beyond giving it a different feel and weight, also guarantees its durability unlike plastic ones. Although, yes, on the other hand, it should be noted that tends to scratch more easily than one would probably wish for.

App with which to keep track of expenses

It is this application, included within the Wallet Settings, that is why the Apple Card stands out the most. They offer a very simple and intuitive interface in which you can find all the information related to the card. In addition to that from there is where you can manage payments or carry out other pertinent procedures.

You can check all the transactions ordered in the way you want, taking first the expenses in the last 7 days. These expenses are usually divided into different categories in order to draw conclusions about what we are investing more money in (restaurants, fashion stores, leisure establishments …). It also has direct access to Apple Maps to consult the information of the establishment in question. Although without a doubt, one of the most attractive points that can be of great help to save is the power set spending limits. Whether it is to set a daily, weekly and / or monthly limit, this is an integrated functionality within this application that is very easy to configure and even change, depending on the needs that are having or if, for an emergency, in a given moment you need to make a transaction that exceeds the marked limit.

Another noteworthy point is the periodic payment notices, such as invoices. The application will be able to notify you in time to know if you have enough balance and to prepare for said payment that, although it is made automatically, it is always convenient to review. You can even defer payment if you wish.

And to finalize this tool, there is a permanent access to an Apple advisor Who can ask questions about the operation of the card, about a doubtful transaction and more at any time. The contact method will be through iMessage, although at any given moment a call can be scheduled to better clarify the incidents. When will the Apple Card arrive in Spain?

We already said in the introduction that the complexity required to take a product like this to other territories is quite considerable and therefore it is normal that no dates have been announced. Throughout these years, since it was launched, there has been much speculation about the possibility of it reaching Spain and other European countries and more according to an interview granted by Tim Cook at the end of 2019 in German lands, in which he implied that they had the same among their plans.

While it is not ruled out that Goldman Sachs will expand to new countries, even if only to operate alongside Apple, it seems like a complicated and unprofitable strategy for them. Therefore, the possibility that with other banking entities It is the one that seems to make the most sense.

This last point is where we find ourselves at Santander Bank and it is that some media with sources close to the entity came to affirm the existence of indications that made it possible to foresee that, at least in Spain, it was the entity associated with Apple. Not surprisingly, the relations between the two companies are excellent, having been the first bank in this country to accept Apple Pay. However, we insist on emphasizing that there is nothing official about it. At the time of publishing this post, the arrival of Apple Card is considered as something still very distant and of which there are not enough indications and not even rumors. That is why everything points to the fact that, at least for a few more years, the Apple Card will continue to be exclusive to the home country of the apple company.

Tile strikes back at AirTag by improving its trackers