Just one year ago, Amazon substantially expanded its catalog of devices, both with the new generations of some already existing ones and with some surprising novelties such as Astro, today the e-commerce giant, and also from other business areas in which it has also known consolidate itself, has once again organized an event in which it confirms, once again, that its commitment to devices is exceptionally strong.

The highlight of the event was, of course, the presentation of the Kindle Scribe, the first version of Amazon’s eReader to feature writing. Its arrival on the Spanish market is scheduled for November 30, although it can already be booked, with the first deliveries scheduled for December 2. Its price starts at 369.99 euros for the version with 16 gigabytes of capacity and the basic pen. Without a doubt, it is the device that has given the most talk of the entire event. But that doesn’t mean he was the only one. Quite the contrary, there are five other devices that will soon arrive in Spain, to which we can add those also presented today for other markets.

Let’s start with the devices that already have a price and date of arrival in our country, four of them available for pre-sale, and a fifth that is already on sale.

The top of the range of Amazon smart speakers takes a new evolutionary leap with this Echo Studio 2022. It is made up of five speakers that, thanks to a new spatial audio processing technology and the extension of the frequency range, provides a more immersive sound than ever. For lovers of quality sound, it also has the features of Echo devices, such as Alexa integration, control of Zigbee-compatible devices and home infrastructure, etc. The anthracite color model is available now for €199.99, and the new white color is available for pre-order starting today and will start shipping next month. 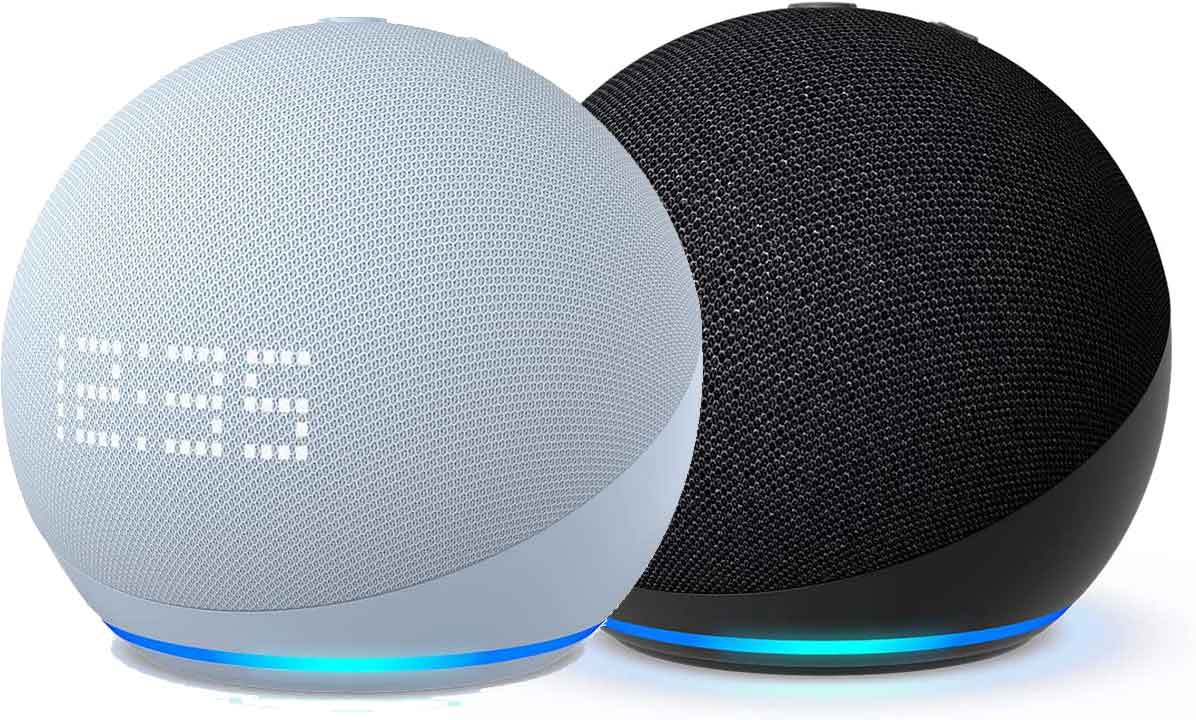 Probably the most popular, well-known and versatile of Amazon’s smart speakers, the Echo Dot, along with its version with a clock, reach their fifth generation. As main novelties with respect to previous models, we will find improvements in the quality of sound reproduction, and also with a new, more efficient thermometer, and which will therefore be more reliable for assigning actions associated with specific temperatures. Available in black and white, both the Echo Dot and Echo Dot with Clock are available to pre-order now, and will start shipping in October. Their prices are 59.99 euros and 69.99 euros, respectively. 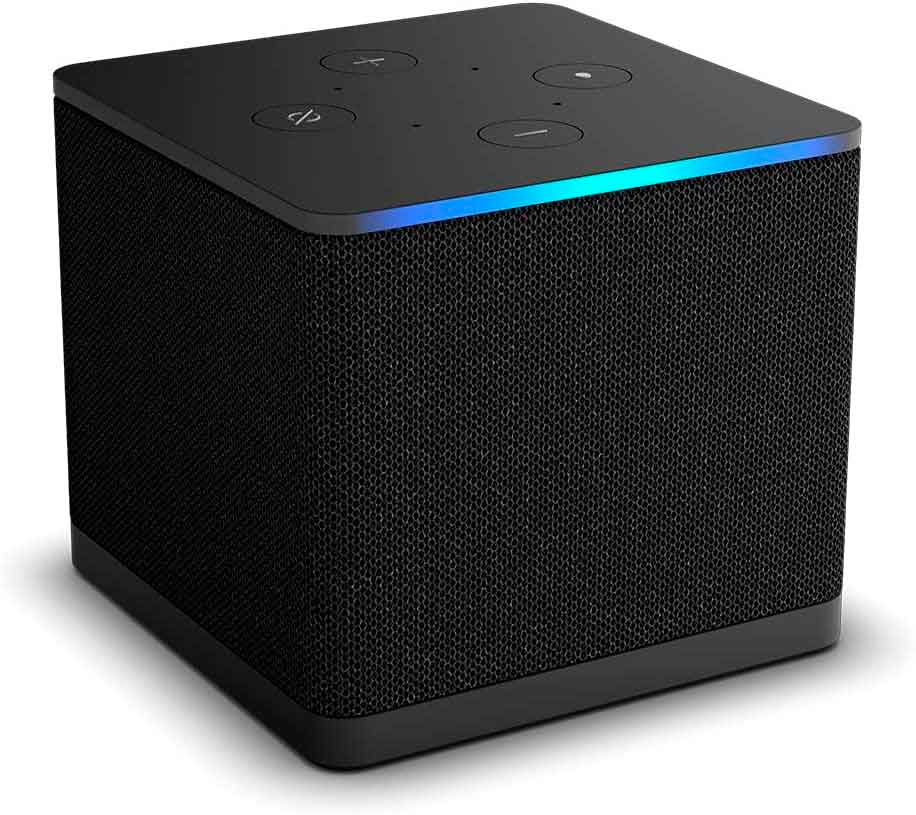 If the Echo Studio marks Amazon’s high-end when it comes to speakers, we can say exactly the same about the Fire TV Cube when it comes to media players. Equipped with an octacore SoC (four cores at 2.2 GHz and four at 2.0 GHz) and two gigabytes of RAM, which are complemented by 16 of storage, we will obtain a performance that doubles that of the already very efficient Fire TV Stick 4K Max.

Capable of playing 4K resolution video, supports Dolby Vision, HDR, to which we add Dolby Atmos in the sound section. To guarantee the maximum connection speed, it has WiFi 6E, and voice control through Alexa will allow us to control not only the player, but also the television, the sound bar and your other receivers just with your voice and from anywhere in the world. the room. The Fire TV Cube is available to preorder now, and will hit the market at the end of October. Its price is 159.99 euros. 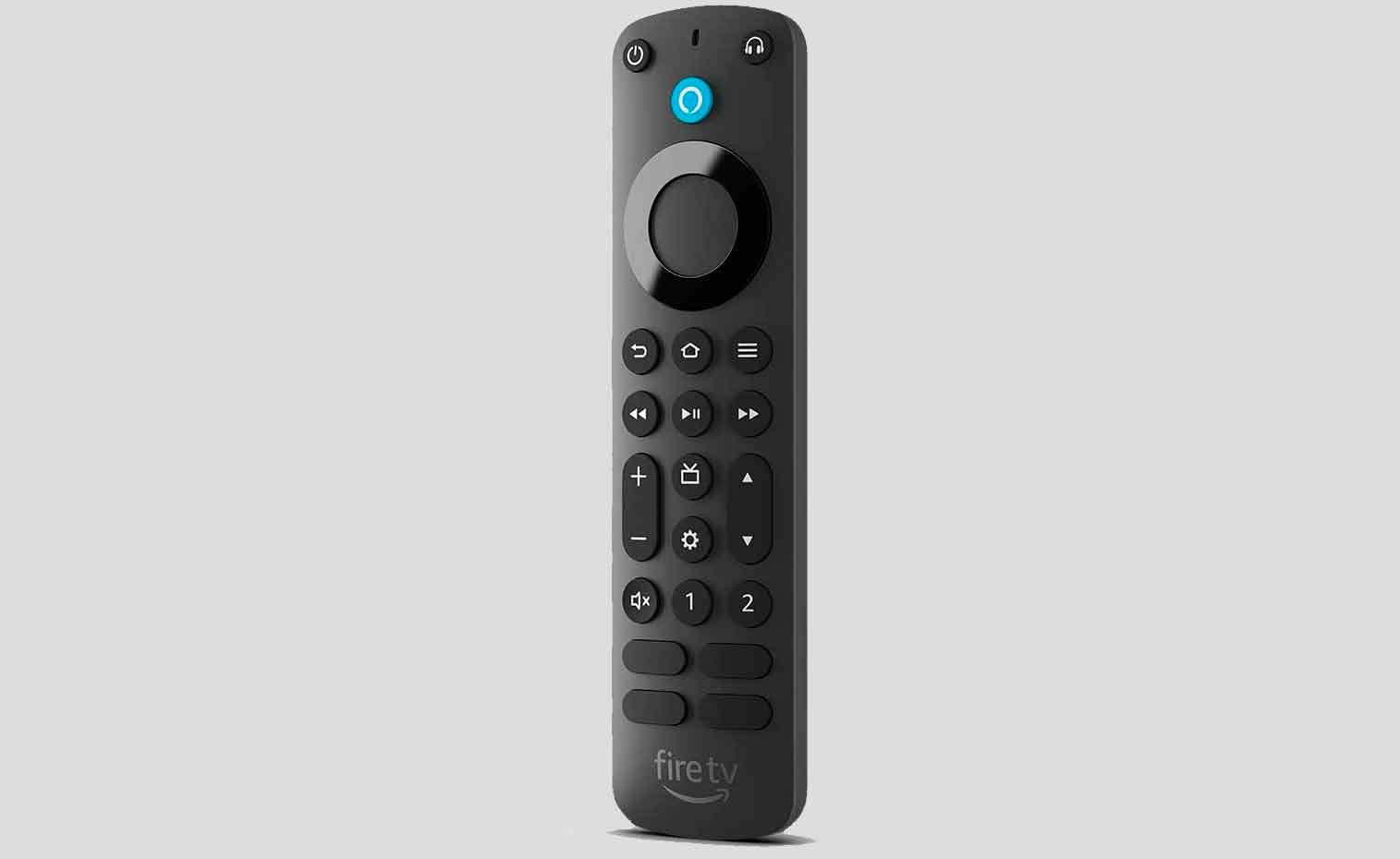 Although all Fire TV devices have a remote control, both the evolution of the platform and the appearance of different versions have led to some more basic ones and others that are much more advanced. Thus, with the intention that all users who want it can have the most advanced command, Amazon is putting it up for sale separately. It is compatible with most Fire TV devices (not compatible with Fire TV 1st and 2nd generation or Fire TV Stick 1st generation), and in addition to controlling the player, it also integrates Alexa, it has backlit buttons and integrate concontrols for the television. The Alexa Pro voice control is available for reservation from today for 39.99 euros, and will go on sale in mid-November.

It is not a new device, but it is good news for users of one of them. And it is that from now on, through a free update, users of Echo Show 15 devices will be able to access Fire TV content. In Spain, customers will be able to search, explore and watch thousands of movies and series from services such as Movistar+, RTVE Play or ATRESplayer, among others

Let’s now see other devices (and updates to them) that, although in principle they will not arrive in Spain, at least in the short term, they do show us what Amazon is working on and also, in some cases, they make our teeth a little long . And I recognize that there is some novelty that, indeed, has made me want, for a few minutes, to be on the other side of the pond, because they have been tempting. 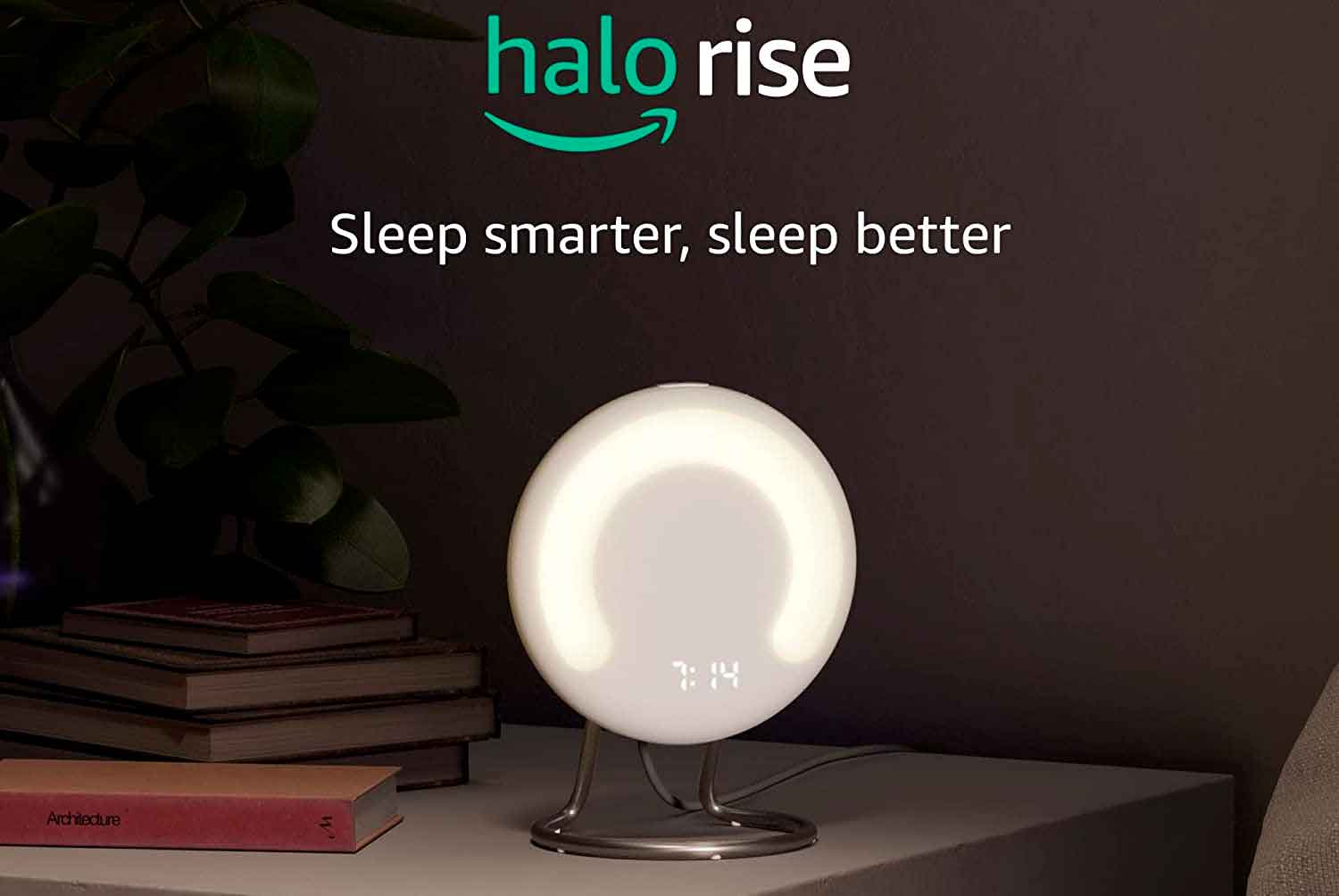 Personally, I confess that this is one of the ads that has interested me the most. We find ourselves, in principle, in front of an alarm clock, something that in itself seems interesting to me. And yes, I know that now the common of us wake up with an alarm on the smartphone, but recovering the “classic” alarm clock, and integrating it into a lamp, is an idea that attracts me.

But of course, it’s actually much more than that, since this Halo Rise is a dream quantifier, which tracks body movement and breathing, as well as ambient temperature, humidity, and light. It has an intelligent alarm, which detects the moment in which we are in the most appropriate phase of sleep to wake us up and, based on the information obtained, offers us recommendations to improve it. And all without having to put on a bracelet, watch, sensor, etc. 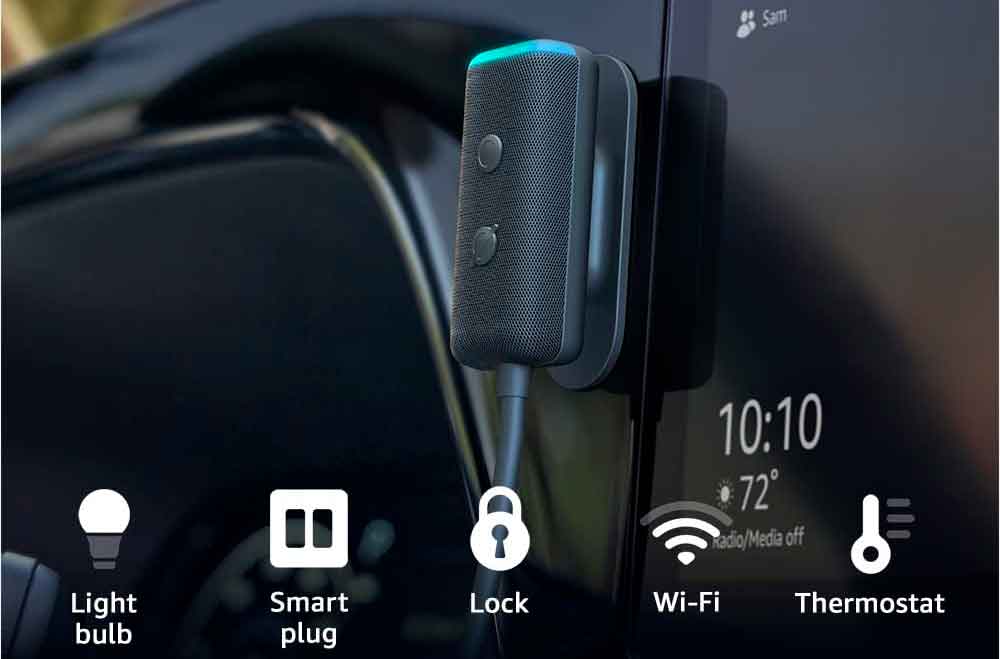 The smartest move by Amazon, in order to extend the Echo ecosystem beyond homes, is undoubtedly Echo Auto, the hands-free with Alexa with which to bring Amazon to our cars as well. Still without a date and price (only a generic «Coming soon») this second generation has a design, to my liking, more practical and that allows a simpler and more universal assembly-fixation, which also adds new integrations with services and, without a doubt, the most important and notable, a new roadside assistance service.

Surveillance and security systems are another of Amazon’s strengths, and at this event they have added three new models to their already extensive and versatile catalog: Ring Spotlight Cam Pro, Blink Mini Pam Tilt and Blink Wired Floodlight Camera. 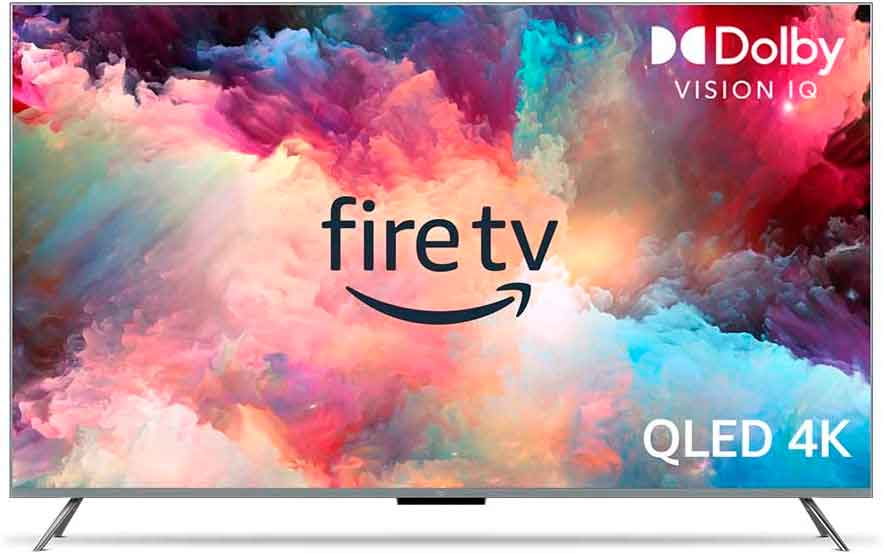 And why settle for small and medium screens, when you can go big too? That question has had to be asked on more than one occasion at Amazon’s offices, and the more than eloquent answer is two televisions, 65 and 75 inches, built with QLED panels with 4K resolution and compatible with Dolby Vision IQ HDR10+ adaptive, HDR 10 and HLG. And of course, you will have taken it for granted and you are not wrong, with the integration of Alexa and all the Amazon services that we can find in the rest of the Fire TV devices.

The Pixel Watch would cost around 350 euros, much more expensive than the Galaxy Watch 5