Tim Cook has been with Apple since 1998 and was appointed as Apple’s CEO in 2011, succeeding Steve Jobs. In these ten years he has promoted new product categories, completed the works of the iconic Apple Park and supported the arrival of the Apple Stores to new horizons. However, it is possible that his end in the company is closer than many think.

Thanks to its good work, the Cupertino-based brand has transformed itself in the last decade into a giant of 2,500 million dollars and the most valuable company in the world. Its quarterly revenue has grown to more than $110 billion and its profits have more than quadrupled to more than $29 billion. Undoubtedly, a brilliant management by Cook, who in his years as CEO has managed to raise the brand to make it one of the most valuable in the world.

During his leadership, Steve Jobs’s successor has overseen the development and launch of several products, including the MacBook with Retina display, iPad Pro, iPhone X, Apple Watch, AirPods, and Apple TV 4K. Although his success is indisputable, it cannot be ignored that all of them have been more evolutionary than disruptive. Perhaps there are those who hope that Cook will launch some revolutionary product before he leaves the company, but it will be necessary to see if he finally dares.

This is how Tim Cook’s career could end

Earlier in 2021, in an interview with American journalist Kara Swisher, the Apple CEO hinted that he likely wouldn’t be at Apple in 10 years, but gave no hint as to when he might step down or who his successor might be. However, there are those who say that Cook will not continue as CEO of the Cupertino firm beyond 2025. It is also rumored that the manager wants to wait to supervise Apple’s diversification into a new product category before retiring. There are strong rumors that Cook is focusing his efforts on a mixed reality headset, as well as a pair of augmented reality glasses that could launch in the middle of the decade. To this we must add that Cook has an agreement that runs until 2025, the year in which he turns 65. If these products are already on the market by that date, he could leave that same year or wait for a couple to ease the transition for the new CEO.

Another possibility is that Apple debuts in the car business before that year, which would mean an important commitment to a different sector. However, it is not clear if the technological giant will dare to take the leap. This would be a big surprise for everyone, since although Apple is always at the forefront of technology, changing the automotive sector can be a somewhat risky turn. Without a doubt, and although there are not many years left for Tim’s supposed end at Apple, there is nothing clear about his future. 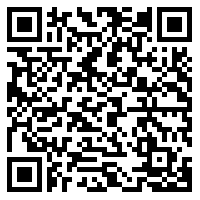 Vocation of hairdresser? These iPhone and iPad games will enchant you

Rename MacBook Air? A rumor indicates that by 2022