We must bear in mind that the consumption formula in a processor is the following:

The capacitance in a processor is a constant, so the variables used to fluctuate energy consumption, measured in watts (W), are clock frequency and voltage. The relationship between the two is that the higher the clock speed we want to achieve, the higher the voltage we need, this causes the increase in consumption to be not linear, but rather exponential.

Now, we can find that the same clock speed can be reached by different voltages and it is ideal for consumption to have the lowest value, although this in the face of temporary increases in clock speed is counterproductive, since it can be that peak speed cannot be reached without using a higher value.

What is the ACPI standard?

It is an existing standard in processors since 1996 and defines the following global states for consumption on a PC:

In this article we will talk about what happens when the computer is in G0 mode and therefore we will not take into account sleep or hibernation modes that are defined through C-States. More than anything because of the fact that we believe it is important to break the myth of high consumption in Intel CPUs.

The P-States and the consumption in Intel processors For the P-States to be active, it is necessary that the PC be in the G0 state and therefore C0, where we are talking about the CPU being running and therefore executing code. That is, the usual use of the CPU where it has access to all the energy that the power supply can give it through the motherboard

The number of P-States varies by processor and scales from the lowest clock speed and using a single core to the one using all cores at the highest possible clock speed. We must take into account that the total clock speed is obtained from a base frequency that can be multiplied several times, so that a random clock speed will not be taken, but the multiplier will vary as appropriate. As you can see in the graph above, which is an illustrative example, the energy consumption of Intel processors in each of the P-States is closely related to voltage and remember that this is related to clock speed, but from In order to achieve greater efficiency, an additional variable is used.

Well, neither more nor less than the workload that the CPU has and since what it does is execute instructions, the workload is defined from the outset by the amount of instructions it has to execute. What happens today is that we have multitasking environments where several programs and their processes run simultaneously at the same time and in multicore systems, so we have different workloads that are distributed among the different cores. As the operating system assigns these processes to the different cores, it knows what its level of workload is on each one. However, not what each instruction does but also how much each one consumes when executing is kept under lock and key. Today within the CPU there are a series of hardware units commissioned for it. This technology is key to reducing the consumption of Intel processors and making them more efficient depending on the applications you run.

And what defines each P-State? Well, the number of active cores, the clock speed and the voltage in each of them, of course having a processor for gaming is like having a super sports car and you don’t want there to be a speed limit, especially if you are competing or in our case running a high-performance application such as games. The maximum consumption of Intel processors is marked by the Power Limit constants that mark the limit in watts that a processor can consume, with PL1 being the normal limit that the CPU can reach during 100% of the time.

As for the PL2, many of you will have observed that there is a Boost frequency, which in Intel processors is called Turbo and is that basically the analogy with a super sports car is ideal to understand this, since it gives the processor a power additional time for a limited time, increasing your clock speed during the same, in total up to 100 seconds.

The PL4 mode on the other hand corresponds to a micro acceleration, of only 10 microseconds, so only for a few instructions and to reach speeds much further, which because of how high they are, are not sustainable for the processor in the long term. It is not a commonly used mode and Intel has hardly documented it.

One change that Intel has made to its Alder Lake-S architecture is the fact that PL1 = PL2, a statement that has caused many confusion due to the fact that in previous CPU architectures of the company the PL2 mode lasted up to 100 seconds in which the consumption graph made a bridge in which the consumption first grew progressively, a good time was maintained in PL2 and then progressively decreased to PL1.

Let’s say that there is a possibility in CPUs with the Alder Lake-S architecture to run the processor in PL2 mode as if it were PL1 mode and that the maximum clock speeds can be reached without a time limit. Which has obvious consequences on the durability and consumption of the CPU, but that is why we have previously explained the P-States.

It must be borne in mind that regarding the consumption of Intel processors, the PL assigned to each processor are a limit and this is not always reached, so the CPU will vary its clock speed and voltage according to its needs and they will not always consume that maximum. There are even units that when not in use are turned off or their clock speed is lowered so that they consume less. 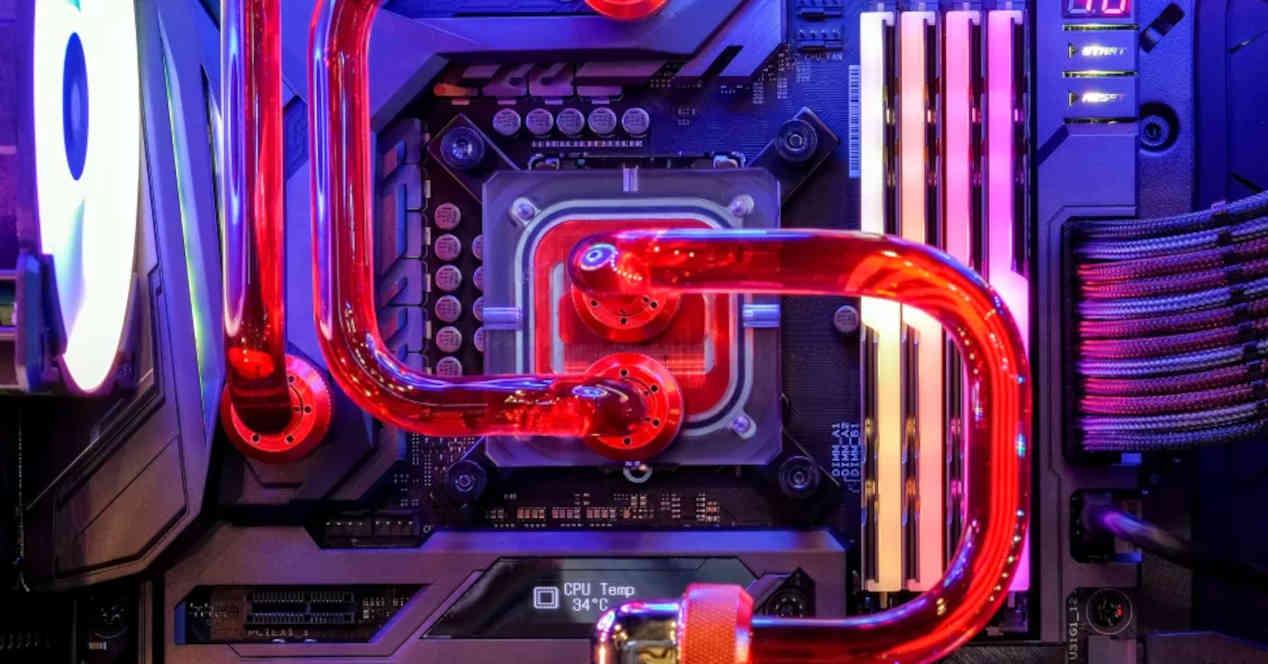