There is a curious situation that has just come to light and that is paradoxical at the same time: Intel needs old CPUs manufactured by themselves and is having to buy them on eBay, among many other places. The motifs are quite interesting and they are certainly not to be stored or displayed in a display case or displayed to the public. There is an end, an objective from which we will all benefit in the nearest future.

It has been in Costa Rica where Intel is stockpiling processors left and right because something has changed within the company. Although it is not said publicly, the number of launches has multiplied in recent years but not the change in hardware in users. This results in a security issue that Intel is addressing from another perspective that may be the right one.

Intel has to buy its CPUs on eBay

The movement is as simple on the one hand as complex on the other: if the number of users who do not update their CPU is increasing and the processors are insecure against new attacks, this will generate a halo of distrust and security that will never end if prices keep rising.

Ultimately, a “trail” is left of discontinued products that are being used and that do not receive security updates, so analyzing them is key to understanding the problems, their evolution and how these threats can be faced for the sector in future products.

In an interview with Wall Street Jounal Mohsen fazlian (CEO of Intel’s Product Safety and Warranty Unit) spoke about Intel’s incredible warehouse in Costa Rica and how they deal with having to replace processors that are no longer manufactured. Do you have units available? Surprisingly no, there is not a repository with hundreds of units of each architecture or model, very few are saved and they are not available to the Fazlian team. The solution? Buy them second hand. 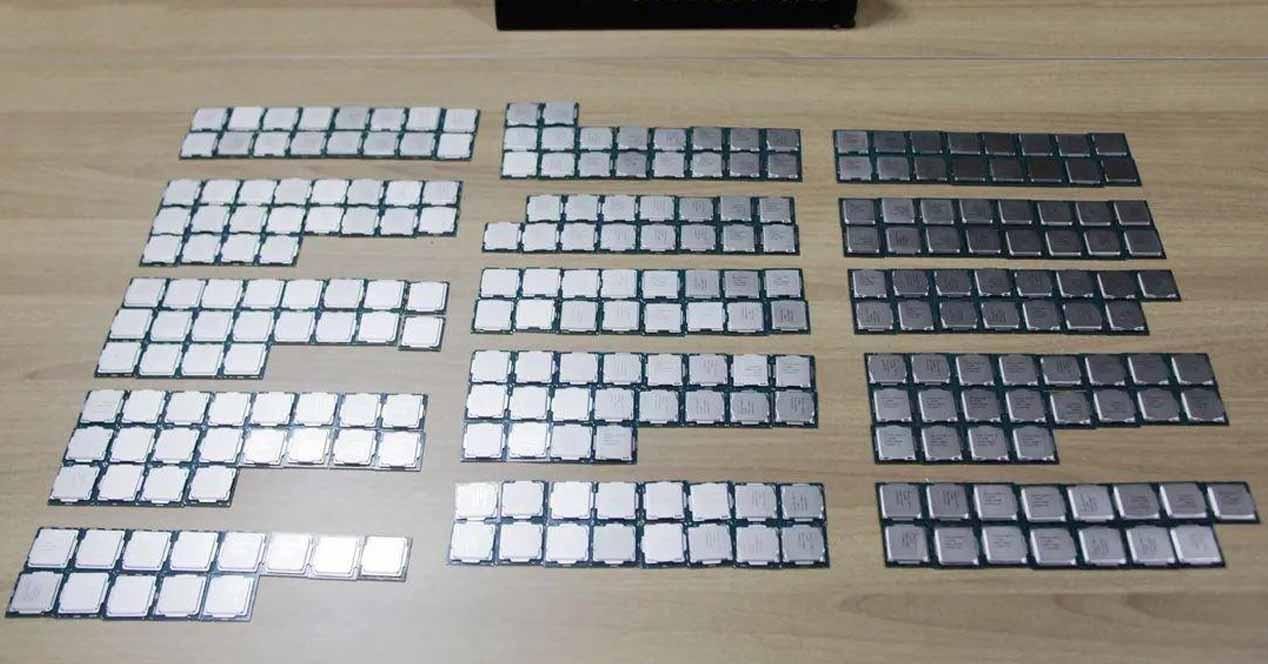 The security lab that was created to study old processors and strategize with new ones opened in 2019 and according to reports they currently have some 3,000 pieces of hardware stored with dates from a decade ago.

This indicates that they most likely started with Sandy Bridge up to the present, so there has to be a specific point where such architecture was key to security. There are currently 25 employees in the facility to comply with what Intel asks of them in terms of configuration, testing and assembly, since each month they request about 1000 tests to this team.

As for Intel, it affirms that there will be an expansion of said warehouse to double capacity, since some 50 CPU every week. The results? At the moment there are no statements of what is the roadmap to follow and the advances in this important field, but what is certain is that Intel is learning from its mistakes and wants to improve the present, in fact, the vulnerabilities have dropped considerably this past year while the CPI has risen so they seem to be on the right track. Activate and use the new tab search feature in Edge now