On iOS 14, and since iOS 10, you can modulate your messages to send them with live wallpapers. A feature that can quickly become annoying, but as we are Machiavellian, here is a small guide to use it.

The MSN generation remembers the wizz. This horrible feature born in Microsoft’s less savvy R&D labs made the person’s screen vibrate wizzed to call his attention. Hard to find a more intrusive interaction in instant messaging, but it was so too much that the wizz has become, for many, a second degree valve.

Apple has taken over, since iOS 10, this kind of visual concept in its Messages application. The text edits are quite nice and interesting in terms of communication in the digital age (you can modulate your text just like you would mod your voice), screens animated are rather kitsch and oblige the other person to see them in full.

That said, as all tastes are in nature and the functionality is rather hidden (no one in the editorial staff noticed the change in the icon that allows you to access it), here is a little guide to enable these options on your messages.

Personalize an iMessage in Messages 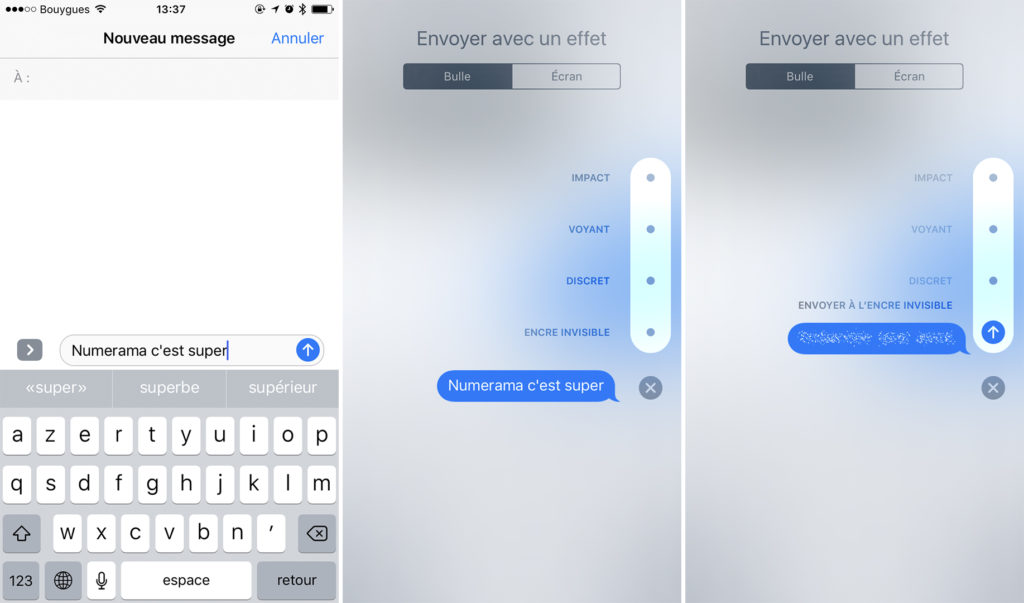 Note that your correspondent must have an iOS product to receive them and that on certain occasions, the Message application will be able to add an animation on its own (when you wish the happy new year, for example).

Between these options and the stickers, emojis, likes and other drawings, heartbeats or flames, we tell ourselves that Messages may become a very colorful messaging application. Apple seems to trust its users so that the application is not too cluttered …

GeForce RTX 40, when the hardware pushes the software

BMW iX1: the next 100% electric compact SUV is unveiled

How to know if a game is compatible with Steam Deck