Things seem to be starting to show up. Alder Lake-N, Intel’s low-power processor series aimed at entry-level ranges. Among the specific models that have been known are the Core i3-N305 and Core i3-N300which do not stand out precisely for their power seeing the technology they use.

As we said a long time ago, the Alder Lake-N processors will not use high-performance cores (Golden Cove in Alder Lake), but only low-power ones (Gracemont, used in Alder Lake and Raptor Lake). In the case of the two models that concern us in this entry, both incorporate eight Gracemont cores, each supporting a single thread. This scheme is repeated on more powerful processors, where SMT/Hyper-Threading support is only available on high-performance cores.

The two models of Alder Lake-N processors have been known thanks to the fact that they were incorporated into two models of laptops that have not been specified for now. The Core i3-N305 laptop was bundled with 16GB of 3,200MHz RAM and ran Windows 11 Pro, while the Core i3-N300 was bundled into another laptop with 8G of 3,200MHz RAM along with the same operating system. 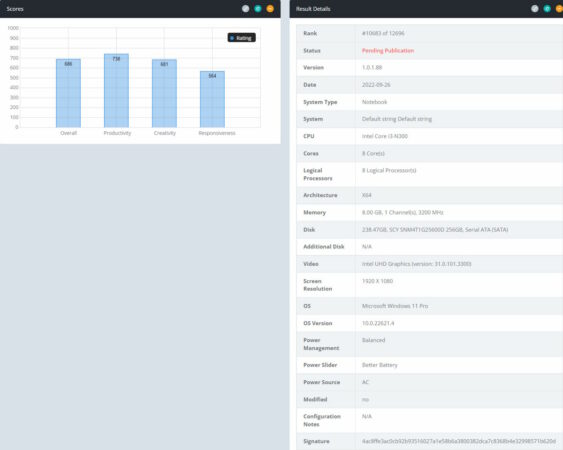 In addition to knowing that they were incorporated into laptops, there is a performance test for each processor, but these do not serve as a comparison because The Core i3-N305 was put into operation in high performance mode and the Core i3-N300 in battery saving mode. The first processor scored 887 points compared to 686 for the second, so it is to be assumed that the difference should not be high. Both models use an Intel UHD Graphics graphics accelerator.

Intel has yet to officially announce Alder Lake-N, though seeing as how long it’s taking for its release, we’ll likely know more in the coming weeks. On the other hand, we remember that the company has made the decision to put an end to Pentium and Celeron to replace them with Intel Processor in a move aimed at simplifying its catalog and avoiding having two lines oriented to similar segments.

Go ahead that Alder Lake-N will not be oriented to the execution of heavy tasks, but that does not mean that they do not have their utility in basic and office contexts, especially seeing that the hardware has been overpowered for years, although here software comes into play that is not always as optimized as it should be.

Sneak into the batcave: everything you need to know about Batman

Huawei wants to circumvent US sanctions, Pixel 7 facial recognition is limited, the recap