Before starting the Apple keynote last September in which they had to present the new Apple Watch Series 7, expectations were high for a possible design change of the clock. Finally, as we all know, this did not happen and some users “got angry” about it.

Currently the rumors about the next Apple Watch model that would be the Series 8 are too early, but in them we find a common denominator, the design of the next watch model it will not change much from the current model.

The message on the Twitter social network of LeaksApplePro indicates that the new Apple watches will not modify their design too much compared to the current models, the Series 7:

Told you it was disappointing.
Upon receiving CAD files and images, this will be the only noticeable change in design from the Series 7 to the Series 8.
More info soon at @iDropNews pic.twitter.com/GQC40eIwk3

In this case it indicates that there will be small changes in the speaker of the clock and little else. Personally, I can say that I like the current watch with the current design and I doubt that in these Series 8 they will change it since Apple is very proud of the improvements added to the watch since the initial version. It is thinner, thinner in design and has a large screen that is improving year after year, so I highly doubt that they will change the design of the next Series 8. We may be wrong and Apple will finally renew completely. the design of the watch, but it does not seem something viable at present as well indicated in 9To5Mac.

How is macOS Monterey working on older Macs? 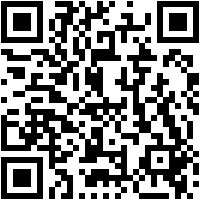 The funniest truck games for iPhone