Samsung updates its catalog of televisions and sound bars presenting the novelties for this 2022. The company launches in Spain the second generation of its range Neo QLED 8K with new models, with options of 55 and 85 inches, whose prices are around 2,799 and 9,999 euros. Without forgetting the QED 4K range, between 43 and 85 inches, which is updated with new models and substantial improvements, with a price range between 1,499 and 5,999 euros. The bet is clear, to increase image quality, with more intense contrasts and with the maximum color volume, with models with all kinds of features and inches to adjust to the consumer.

The pandemic has made it possible to redefine the role of the television, as an entertainment center, to be in contact with loved ones through video calls, to work and even to train at home. Services included Samsung TVPlusSamsung’s free video service for Smart TVs, which in the future, as announced during CES and confirmed during Wednesday’s presentation in Madrid, will include a cloud gaming service under the name of Gaming Hub.

These new televisions will have a new and improved interface that bets on content on demand, as well as a better visualization of Samsung’s free channel services. The software, as in previous models, allows you to divide the screen, being able to make video calls, record or even see enlarged elements of a video game (such as the map).

within your range Lyfestylethe South Korean company upgrade your The Frame model, with an anti-glare matte screen and improved lighting when the TV is ‘off’, displaying one of the pre-selected frames as the background. It also expands its catalog of projectors with The Freestylea self-calibrating projector, perfect to take with you everywhere. 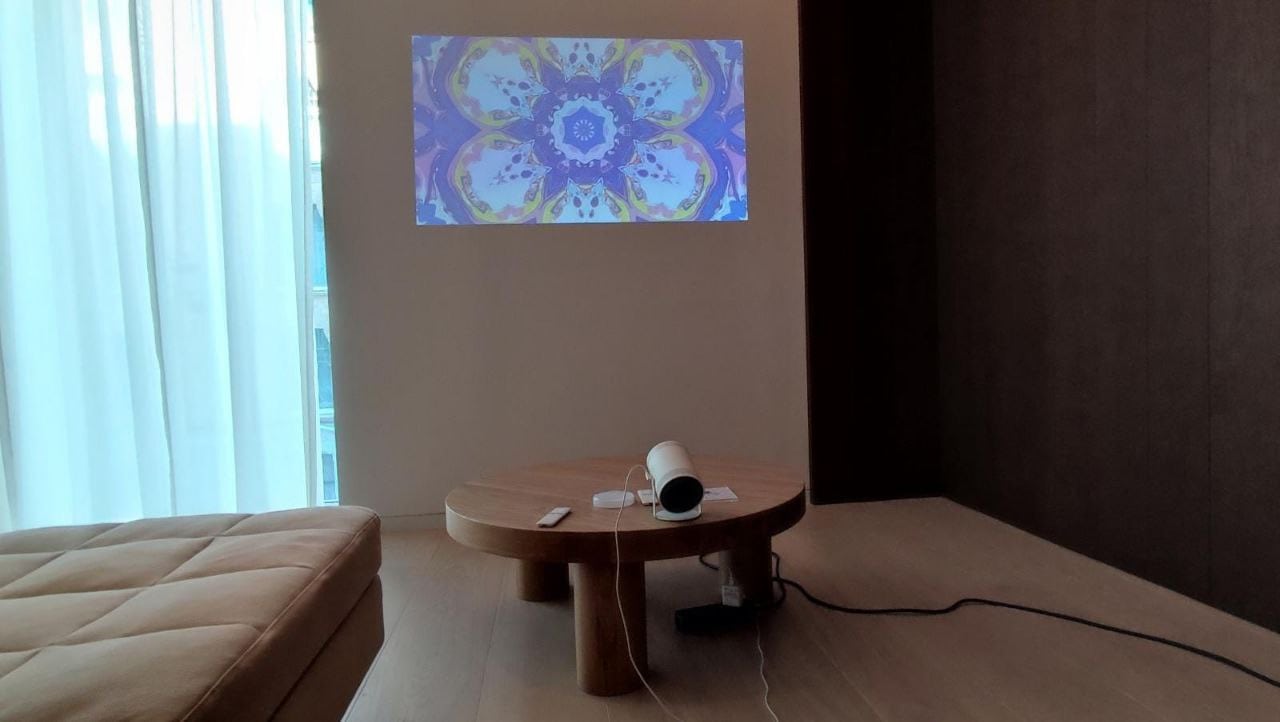 In Spain, more and more 8K televisions are bought and demanded, a reality that is confirmed according to the data presented by the brand’s business director in the Iberian Peninsula, Nacho Monge, that in 2021, sales of this type of technology have increased by 30%. Currently, moreover, three out of four 8K TVs purchased belong to the South Korean company.

A success that, according to Monge, will be increased by the end of the year due to the change in the date of the 2022 Qatar World Cup that coincides with Black Friday, since these types of events boost television sales. «It is a sample of the effort in innovation and in offering the best technology to our consumers, and proof of this is that Spanish users have welcomed Neo QLED technology in a very positive wayleading us to lead the Spanish market both in number of units sold and in value”, added the business director of the brand in the Iberian Peninsula.

Among the new models arriving in our country are the QN900Bthe flagship that belongs to the Neo QLED 8K range, which takes a qualitative leap with the integration of Dolby Atmos. The MiniLED technology of these models is capable of reproducing more than 1,000 million colors, making this model Samsung’s television with the highest image quality ever built, with real 8K resolution and 33 million pixels.

An innovation that is possible thanks to the ‘mini’ dimensions of the diodes that make up the screen panels. In this way the illumination is more precise, obtaining more realistic colours, higher contrasts, deeper blacks and less ‘blooming’‘; thus allowing you to enjoy films with marked chiaroscuro such as the latest installment of ‘Batman’.

So much power is useless without a brain to move it, which is why these televisions have a new Neural 8K processor with AI, 20 neural networks and Quantum Matrix Technology Pro technology, which allows the image to be rescaled if the content is not of natively in 8K and reducing image distortion. Emitting a clear and sharp image, on a screen that eliminates three of the four frames, to give a feeling of spaciousness.

Among the new models presented, there are also the QN800B, which retains the QN900B’s neural processor and Quantum Matrix Technology, albeit with a lesser HDR standard, Quantum HDR 32X. Its price ranges from 5,386 euros (75 inches) to 6,615 euros (85 inches).

Likewise, maintaining its philosophy of developing screens for all types of consumers, the QN700Bthe model more affordable of this second generation of Neo QLED 8K, it is not far behind in quality (although it is a lower range). It has Quantum HDR 2000 technology with 2,000 nits of brightness, for better lighting, as well as compatibility with HDR10 +, for higher contrast and more vivid colors. Its price ranges from 3,698.99 euros (65 inches) to 4,079 (75).

Without neglecting the 4K range

Samsung also redesigns its Neo QLED 4K models, increasing their image quality thanks to AI scaling with the Neural 4K processor, which promises to resize any content. The QN95Bwhich stands out for the incorporation of Quantum Matrix Technology, aims to reproduce 100% of the color volume, in addition to including Dolby Atmos with 70W speakers. 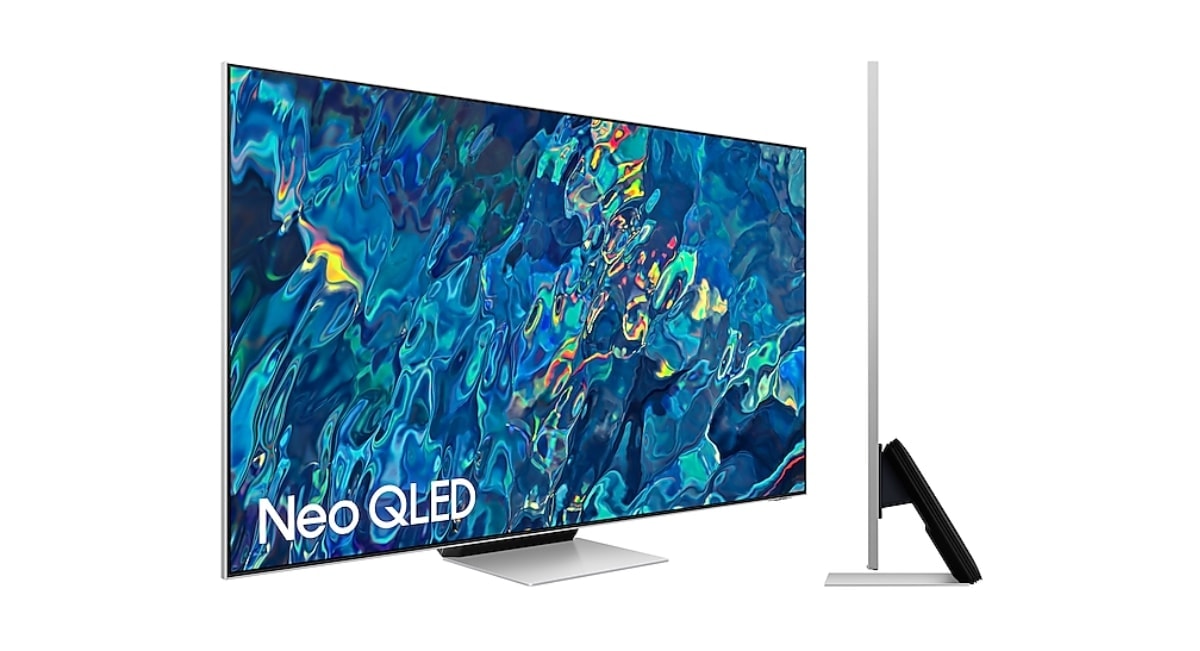 For his part, the QN90Bwith 4K resolution and 144Hz too, incorporates the AMD FreeSync Premium Pro technology, offering high performance graphics and low latency to fully enjoy online games. Its price: 1,274 euros for 43 inches, 2,199 for 55 and 3,899 euros for 75 inches.

The new sound bars presented by the company continue to integrate the Q Symphony functionality, introduced by the brand in 2019. This allows the speakers of the new televisions to work together with the bar, which introduces Dolby Atmos wireless connectivity for the first time. The most advanced model is HW-Q990B offers 3D surround sound through 11:1:4 channel speakers, in addition to Dolby Atmos, allowing up to 22 channels (16 channels from the bar and 6 channels from the TV), powered by the accompanying subwoofer, thus enhancing the bass. 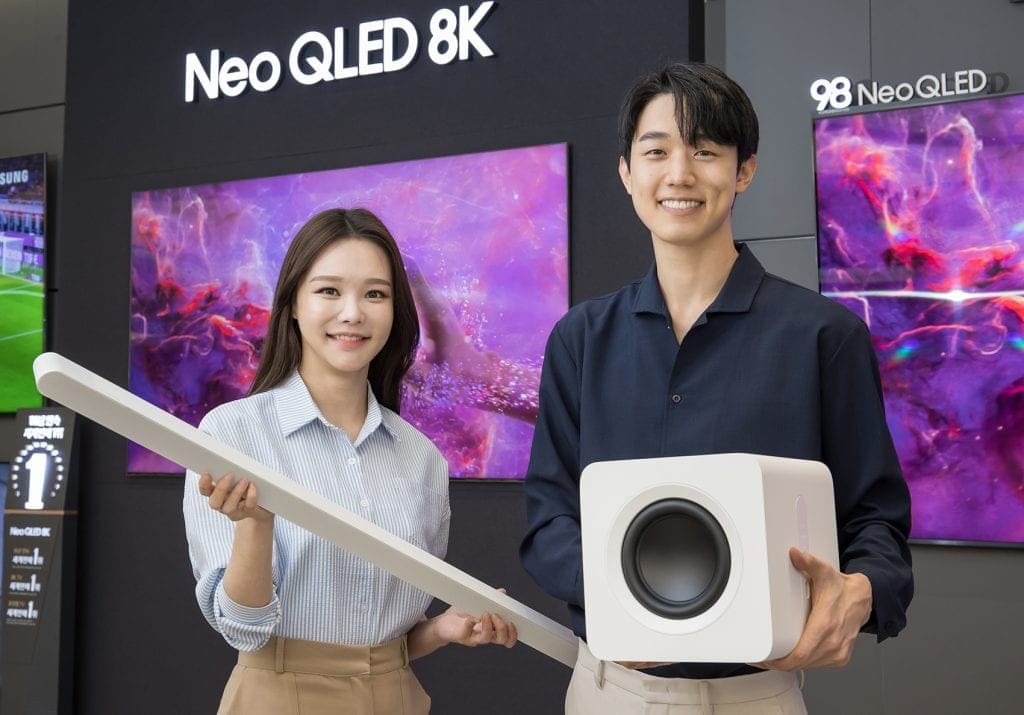 Another of the models HW-S800B Ultra Slimstands out for its minimalist design of just four centimeters thick, which integrates passive radiator technology in ‘subwoofer’. Similarly, Samsung has also introduced new waterproof sound towers, the model MX-ST50B/ZFwith up to 500W of power, bidirectional sound, bass enhancer and karaoke mode and the MX-ST40B/ZFwith 300W and LED lights.

Spotahome reaches 25 million financing in a new round of financing

Telegram Premium is launched in Brazil for R$ 24.90; see what changes in the paid plan