In recent years, NVIDIA GPUs have taken a leap forward in terms of the technology integrated into their graphics. We are talking about technologies such as hybrid rendering that combines Ray Tracing and rasterization to improve graphics. The complete renovation of the geometric part of the 3D pipeline thanks to the Mesh Shaders and Amplification Shaders, all without forgetting the ability of the new graphics cards to go beyond their VRAM and directly access the NVMe SSD installed in the system.

All these technologies have required the development of DirectX 12 Ultimate by Microsoft, for both the games, most of them currently under development, and the graphics engines can implement them for greater graphic fidelity and higher performance in games.

Not all NVIDIA graphics have full support for DirectX 12 Ultimate

Since DirectX 12 Ultimate is not a new version of DirectX 12 and therefore a superset of it, all GPUs that are compatible with DirectX 12 are compatible in principle with their Ultimate version. It must be taken into account that compatibility does not mean full support for all functions, since these must be integrated through the hardware.

Traditionally, Microsoft faced important changes in the world of hardware, when designing a new version of DirectX what it did was a clean slate. So the base of it was rewritten, but for them DirectX 12 is good enough not to want to bet on an improved version of it, but on an extended version and therefore a superset of DirectX 12.

But the support for the new API requires a hardware that can use it, and in the case of NVIDIA graphics, the RTX ranges are the ones that have all the necessary features to use all the features of DirectX 12 Ultimate. So we have decided to list them all, one by one. Will your graph be among them? Let’s see.

Support for Ray Tracing in graphics in DirectX 12 Ultimate The first of the technologies implemented in DirectX 12 is Ray Tracing and ray tracing and NVIDIA GPUs support it from the RTX 20 range. All this thanks to the inclusion of units that perform the calculation of the intersection of the rays called RT Cores. Each one of them is a small microcontroller that performs this function in parallel to the rest of the traditional calculation units of the GPU, making use of a portion of the total area and a miniscule consumption compared to the traditional units that run the GPU. shaders.

The advantage for games is that it improves graphic fidelity in everything related to indirect lighting, which is the type of lighting that occurs when light is reflected on an object. This encompasses things like shadows, ambient occlusion, reflections on metal surfaces, and even the “transport” of light in a scene. Although its best novelty is that it allows to represent the nature of materials in a more realistic way, by being able to represent how light affects them.

Beyond VRAM, using SSDs with DirectStorage DirectStorage is one of the most important additions in DirectX 12 Ultimate, and it is a huge step forward, since it allows to have virtually more VRAM to the GPU through being able to access the memory included in the NVMe SSD. This does not mean that the graphics will render on top of the NAND Flash memory, which would be counterproductive for that type of memory and for the performance of the GPU. Rather, the key is to leave a section of the VRAM reserved as a cache of the NVMe SSD, which through the PCI Express interface copies the information in that part of the RAM and then be copied again in the part of the VRAM that uses the GPU for rendering.

This is something that could already be done, but we needed the participation of the CPU, which added an excessive load on the central processor of the system and also a huge latency in the process. Which is nefarious when it comes to rendering graphics. With DirectX 12 Ultimate NVIDIA graphics with full API support can go beyond the VRAM memory installed on the motherboard and can access the NVMe SSD connected to the same PCI Express hub that they are both connected to. 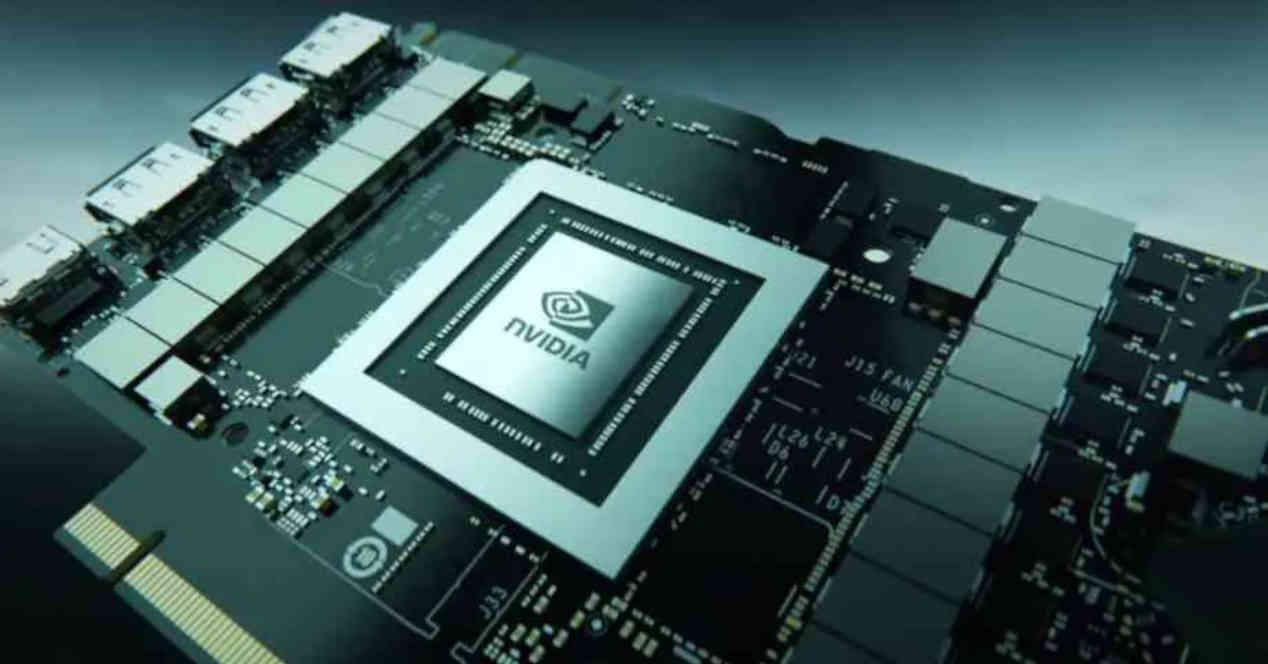 NVIDIA’s RTX 20 range of graphics cards was one of the biggest leaps in NVIDIA history. The inclusion of the RT Cores gave access to the implementation of graphical algorithms based on Ray Tracing, the Tensor Cores the use of algorithms based on neural networks and therefore for artificial intelligence. All this without forgetting Mesh Shaders and Variable Rate Shading, technologies that were first released on NVIDIA GPUs.

These characteristics have been enhanced with the appearance of the RTX 30 range based on the GeForce Ampere architecture, which expands these capabilities, especially in the face of Ray Tracing where the computing power of the RT Cores has doubled compared to the generation previous. The same can be said of the RTX 20 Mobile and the RTX 30 Mobile, as they are based on the same architecture as their desktop equivalents without cuts of any kind, they are also NVIDIA graphics with support for DirectX 12 Ultimate and without limitations in the support of said API of any kind. That said and to finish we leave you a list of all NVIDIA cards with full support for DirectX 12 Ultimate:

If you have any of the NVIDIA graphics cards that we have just listed then don’t worry, they are future proof and fully compatible with the most advanced gaming API available for PC right now.

The consumption and power of the RTX 3090 Ti confirmed 450 watts!