One of the aspects that raises a lot of curiosity among users who have always used an iPhone, and therefore iOS, is what are the feelings experienced by those who switch from Android to Apple, that is, users who use an iPhone for the first time having always used smartphones from other manufacturers. In this post we will tell you.

What do Android users miss when moving to the iPhone?

After the experience of a very close person, who has just made the leap from his Android device to the iPhone, I found it curious to be able to dig a little deeper into that experience he is having in his first days with this device. Obviously, Android and iOS are two operating systems that are quite different from each other, so pointing out the key points in which a user, who has always used Android, misses when using an iPhone, can give us clues where Apple could improve iOS. Here are the 4 highlights. 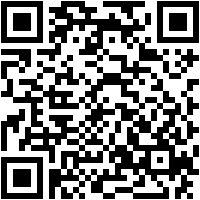 Apps that remove spam from your email on iPhone

Which graphics tablet is the best to use with a Mac?

What does Jony Ive work on after leaving Apple?