CPU-Z is one of the main tools that hardware enthusiasts use to know the status and information of our PC, and it has been with us for many years (and what is left) also for free. However, it is a tool that can be much more useful than simply giving us information about the hardware that we have installed on the PC, so we are going to see all the corners of the application step by step.

CPU-Z, the best tool to monitor CPU, motherboard and RAM

When we open CPU-Z, the first thing we see is the CPU monitoring screen. Here we find a huge amount of information that we break down below so that you know what each thing is: 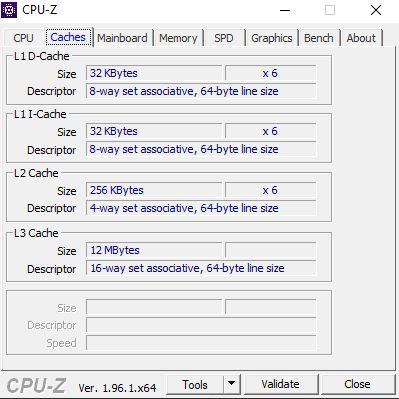 In the second tab, called Caches, we have information about the processor cache, indicating separately the size and format of the L1, L2, L3 and L4 caches in the case of having it. 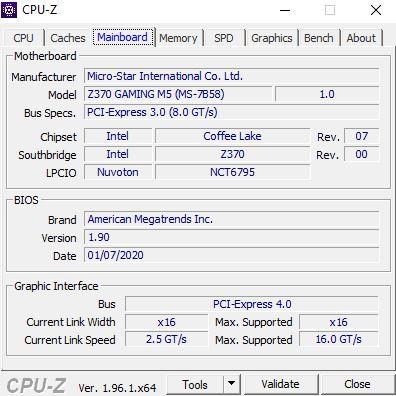 The third tab is called Mainboard, and it gives us information about the motherboard. 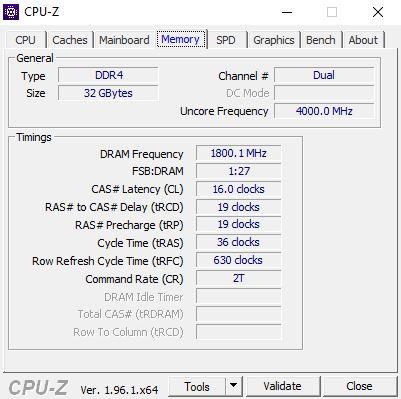 The fourth tab is called Memory, and as is obvious it gives us information about the RAM memory installed in the system. In the General section we have the type (DDR4), the size (32 GB), if it is working in single, dual or quad channel (in this case, in Dual). We also have a parameter called Uncore Frequency that as you can see is different from the frequency of the RAM; Uncore is a term that was introduced with the first Core i7 processors that consists of a calculation taking into account the integrated memory controller and the L3 cache, and that comes to mean, more or less, the maximum speed of RAM supported by the CPU .

At the bottom we have the Timmings, which are nothing but the memory latencies (in addition to the DRAM frequency, which is the first parameter). If you look at it, in our example it says 1,800 MHz but in reality it is working at an effective 3,600 MHz (DDR, double data rate, remember). 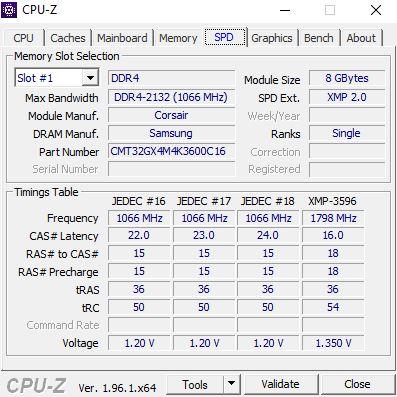 In the SPD tab we can see more specific information about the installed memory modules, and in fact in the first section (Memory Slot Selection) we have a drop-down menu in which we can select which of the installed RAM modules we want to see. Here we find interesting facts: 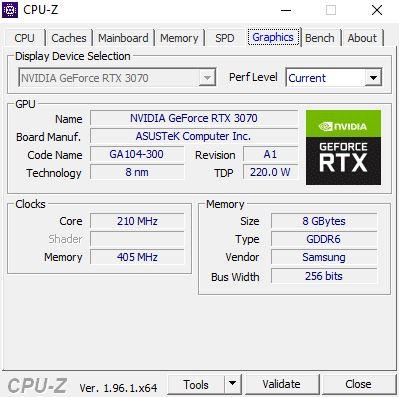 We go to the Graphics tab, where CPU-Z also shows us information about the graphics card. In this case we have a drop-down that allows us to select between several, if any, while the “Perf Level” drop-down allows us to see the current profile, the Game and the Boost if the GPU has them.

Further down, in GPU we see brand, model, code name, lithography and TDP of the graph, while in the clocks section we see the speed of operation in real time of the GPU and memory, and in the Memory section we see information about VRAM. It is also interesting that here we see that the GDDR6 of the Asus RTX 3070 that we have used in the example has been manufactured by Samsung. 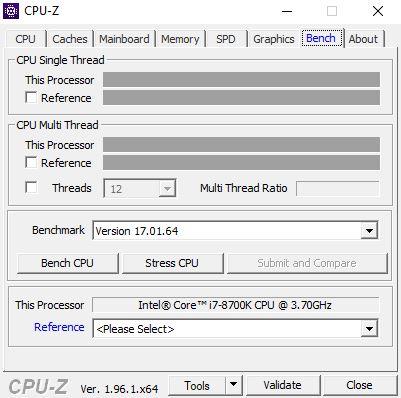 CPU-Z also has its own built-in benchmark, and we can access it from the Bench tab. Here we can perform both a performance test (by pressing the Bench CPU button) and a stress test (Stress CPU), selecting if we want a reference processor at the bottom as a comparison, and even selecting the number of threads of process we want to use. 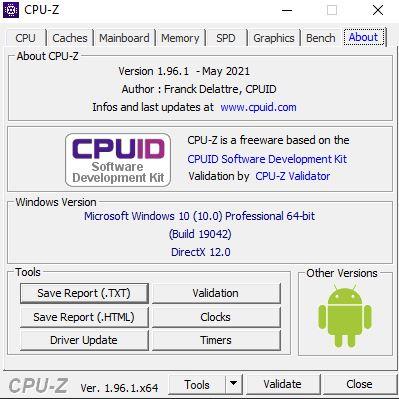 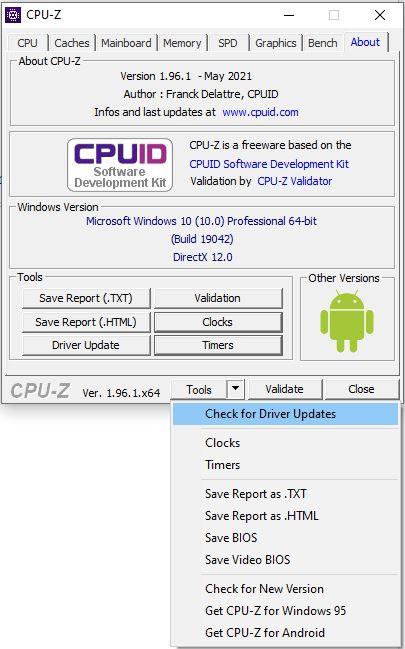 We have left for last the “hidden” tools that CPU-Z has and that can be very useful to us. Let’s see them all: