It has landed in these hours on the shelves of the best bookstores and shops in the space colonies (and on Amazon Italy TO THIS ADDRESS) Alien: The Official Cookbook, the recipes book culinary official taken from the saga of Alien.

Although “dinner time” is an unpleasant moment in the films of the saga, the author Chis-rachael Oseland, who had already given us pearls like the World of Warcraft cookbook or the Game of Thrones cookbook, decided to fill this manual with delicacies that come out of the fucking pages. Ideal for fans of the saga who are preparing for the arrival of Halloween.

Delight your friends with a journey through the Xenomorph’s terrifying life cycle. Alien: The Official Cookbook, a collection of 50 recipes inspired by the Alien franchise, is now available. pic.twitter.com/vgaRc3Ase3

Available Alien: The Official Cookbook, the recipe book based on the Alien saga

Among the dishes proposed in the manual some truly original ideas are included; like the boiled eggs, avocado and bacon, which recall the hatching of the first stage of a xenomorph, or Facehugger’s Bok Choy (which they say, however, sticks a little to the… palate).

Here is the official description of the book, which goes into more detail on the contents of this “terrifying” Alien cookbook.

Delight your friends with a journey through the terrifying life cycle of the xenomorph. Alien: The Official Cookbook collects 50 recipes inspired by the cult franchise of Alien; With recipes like Xenomorpo eggs and Facehugger chicken cordon bleu, there’s something to whet any appetite, no matter how monstrous. 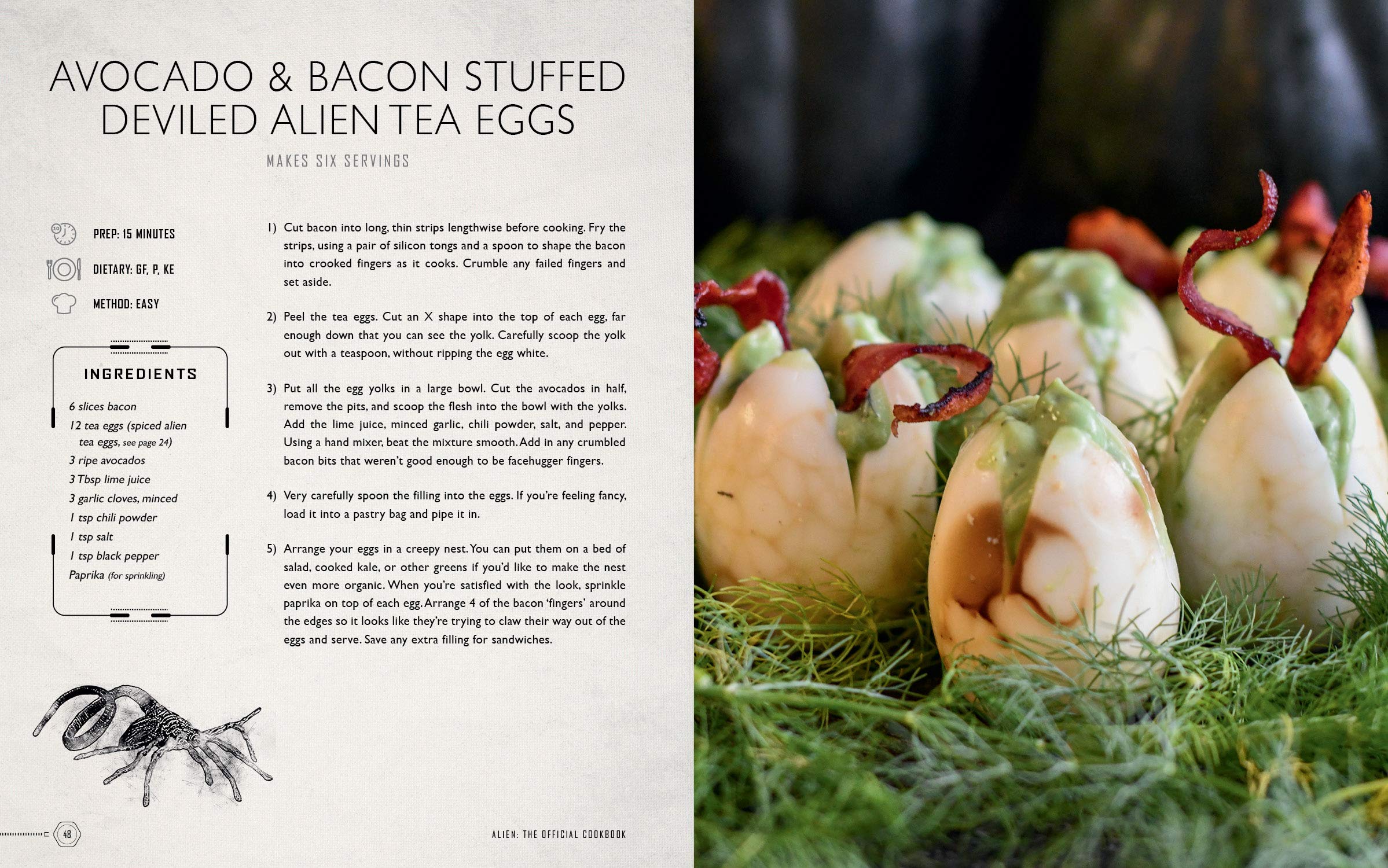