Asus lifted the veil on its new Zenbook PCs at CES in Las Vegas. The manufacturer thus presented its new ZenBook 14 OLED, a special variation of it (Space Edition) but also a big surprise: the Zenbook 17 Fold OLED. As the name suggests, this is a computer with a foldable screen. A first.

Asus takes advantage of CES in Las Vegas to unveil its new products. The Taiwanese manufacturer has already presented its computers dedicated to gaming, three PCs from the ROG range. It is now the turn of ultraportables to talk about them.

The manufacturer thus presents three laptops, or rather two and a half. We have the Zenbook 14 OLED, its Space Edition version, and the Zenbook 17 Fold OLED. It is of course the latter that attracts attention. It has a large foldable OLED display. A sort of Galaxy Z Fold XXL, in short.

Zenbook 14 OLED gets a makeover

This new model of Zenbook 14 is the spearhead of the brand for 2022 when it comes to ultra-laptops. So we have a computer that relies on its mobility with a thickness of 16.9 mm and a weight of 1.39 kilo. It’s not the lightest 14-inch on the market, but we are still faced with a computer that can be easily transported in everyday life. 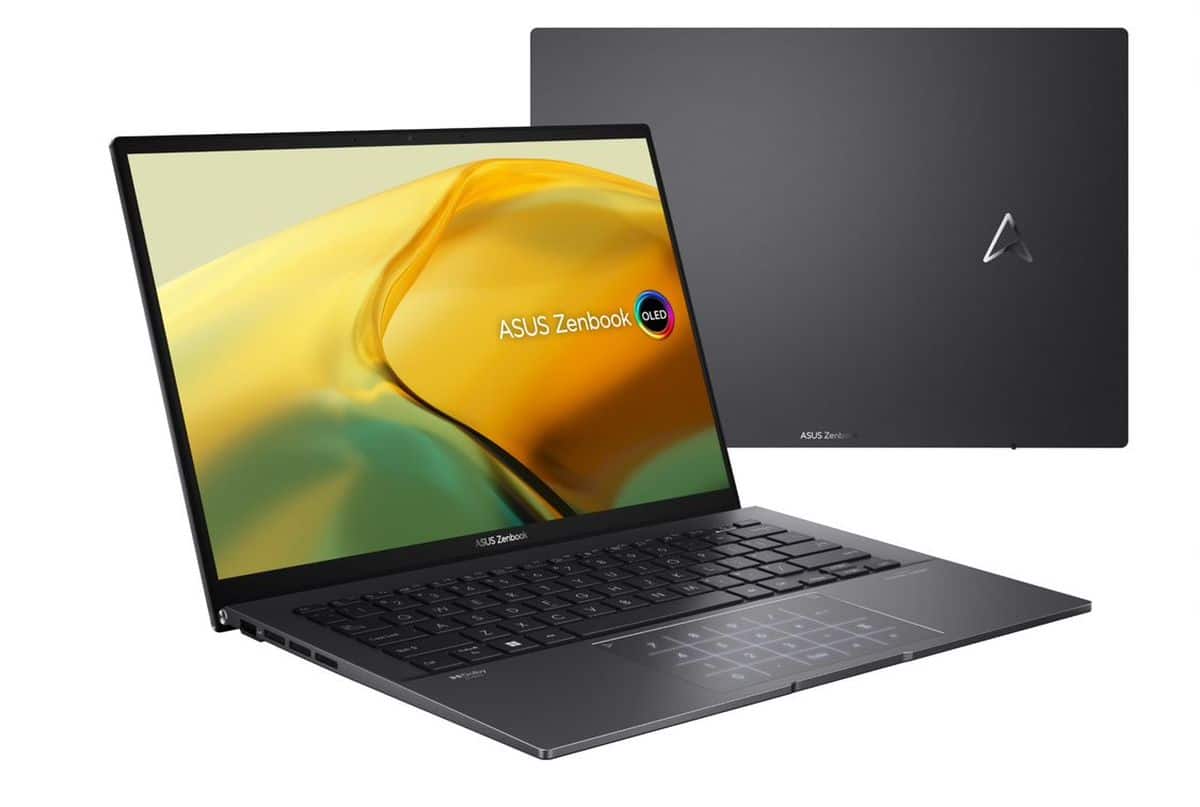 Inside we find the latest AMD or Intel processors (from 12e generation) with 16 GB of RAM and up to 1 TB SSD. Note that the design of the PC is slightly different depending on whether the Zenbook is under AMD or Intel. But the main argument of this model, it is indeed its 14-inch OLED screen. This adopts a definition of 2880 x 1800 pixels as well as a refresh rate of 90 Hz. Clearly a strong point in the world of ultra-portable devices still too limited to IPS panels. The ZenBook 14 OLED will be available during the second quarter of 2022 and will be sold at a starting price set at 1,500 euros. 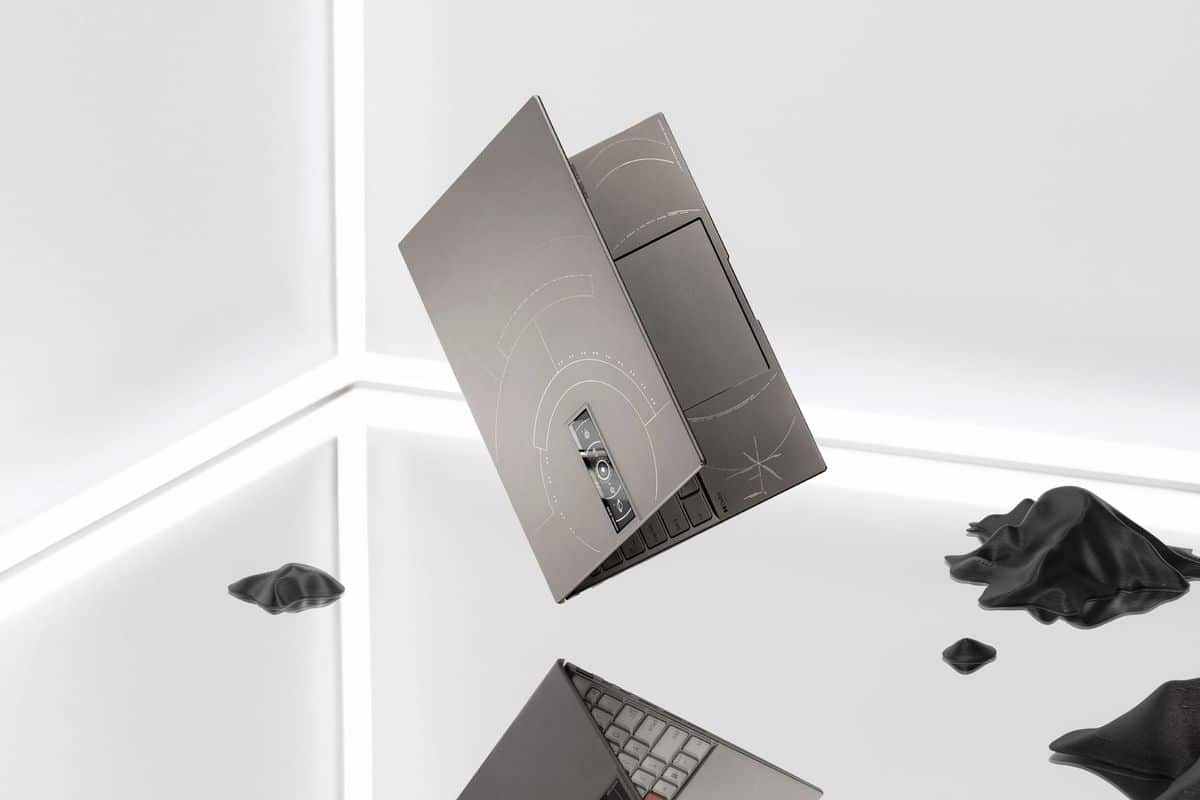 Asus has also declined its ZenBook 14 with a special model named Space Edition. This one adopts the same chassis but with a different design. We also note the appearance of a second screen on the back: a small 3.5-inch OLED panel that can display certain information such as the time or animations. This PC is also more resistant than the classic model, since it is designed to survive a stay in space.

Read also – Asus ZenBook 13 OLED (UX325E) review: one of the best Windows ultra-portable on the market

A premium computer that will only be available with Intel processors. It will be sold in the second quarter of 2022 from 2000 euros.

The Zenbook 17 Fold OLED, the big surprise of the show

The Zenbook 17 Fold OLED, meanwhile, is Asus’ first foray into foldable screens. So we have a large 17-inch screen which bends in its center, a bit like Samsung’s Galaxy Z Fold, but on Windows 11. It is an OLED panel in 4: 3 format with a definition of 2560 x 1920 pixels. Unfolded, the Fold is a large tablet ideal for drawing or watching a movie. By folding the screen, we have two 12.5 inch displays, which makes it close to a laptop size. A concept all the more interesting as it is accompanied by a detachable physical keyboard. Everything is powered by a low power 12th generation Intel processor. 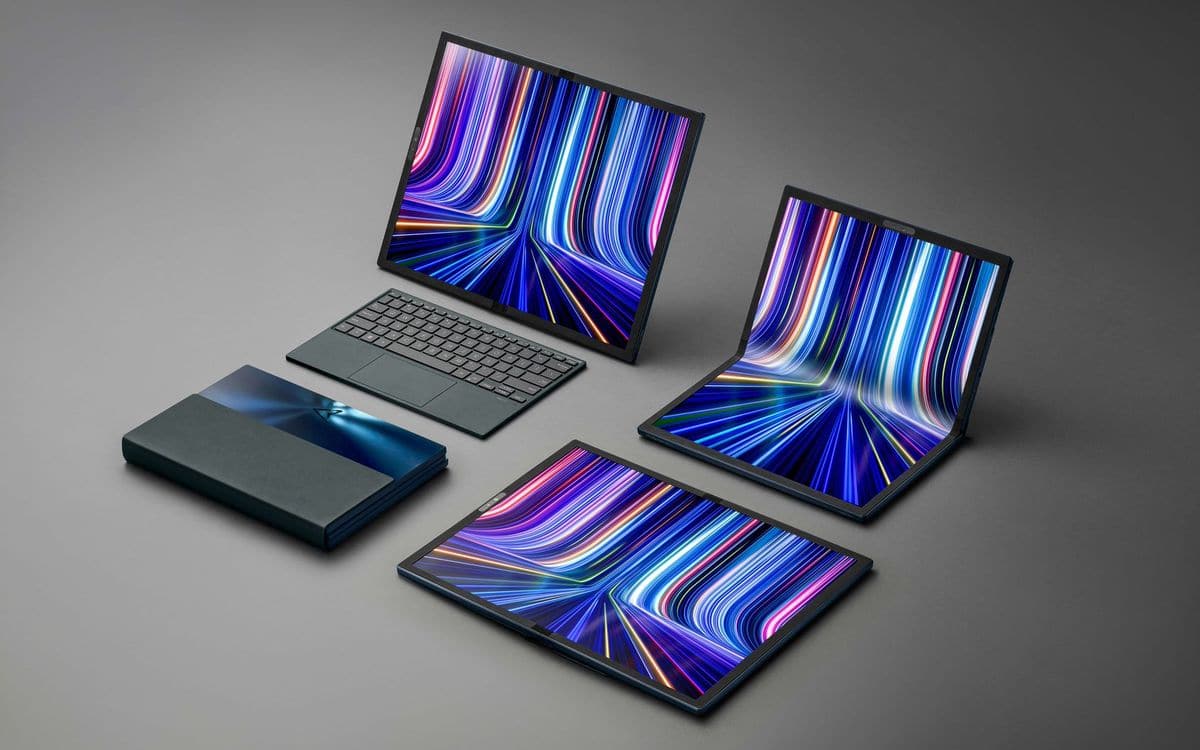 A computer that also relies on its flexibility (with automatic multitasking on the screen) and its mobility with its weight of 1.6 kilograms.

It is a revolutionary product in the world of laptops, at least on paper. The goal of this first model will not be to make an absolute hit, but to test the market and see the uses of buyers. In any case, it’s a very curious product and we can’t wait to see more. It is announced for the course of 2022 at a starting price set at 4000 euros.

Honor X7 is now available in Spain: an affordable smartphone that stands out for its battery