Laptop cooling with and without optical drive

With the passage of time, optical drives have fallen into disuse and actually fewer and fewer laptops incorporate them since their integration makes the laptop design thicker (even with these slim-format drives), weighing more and subtracting one good amount of space to integrate other hardware components inside. However, there are still many models that carry it, and in fact there are many ways to take advantage of this space to, for example, install an additional hard drive in the laptop.

However, this optical drive in most computers is somewhat insulated by a plastic casing, leaving only the SATA connector on the slim drive “open”. This means that even if you remove the optical drive, you will not gain anything in terms of cooling because that space that has been left empty is isolated from the rest of the internal hardware of the laptop, and in fact it would be counterproductive because very probably between filth; Also, that area of ​​the laptop will be weaker because it is hollow and you could end up causing a serious fault.

In fact, even if this laptop’s optical drive socket wasn’t isolated from the other components, you wouldn’t gain much in terms of performance either because the laptop’s cooling system is extremely compact and designed to work with a specific layout and specific airflow… removing the optical drive could actually cause air to enter / escape where it shouldn’t, cutting off the flow and impairing cooling.

Do not remove the DVD player from your laptop 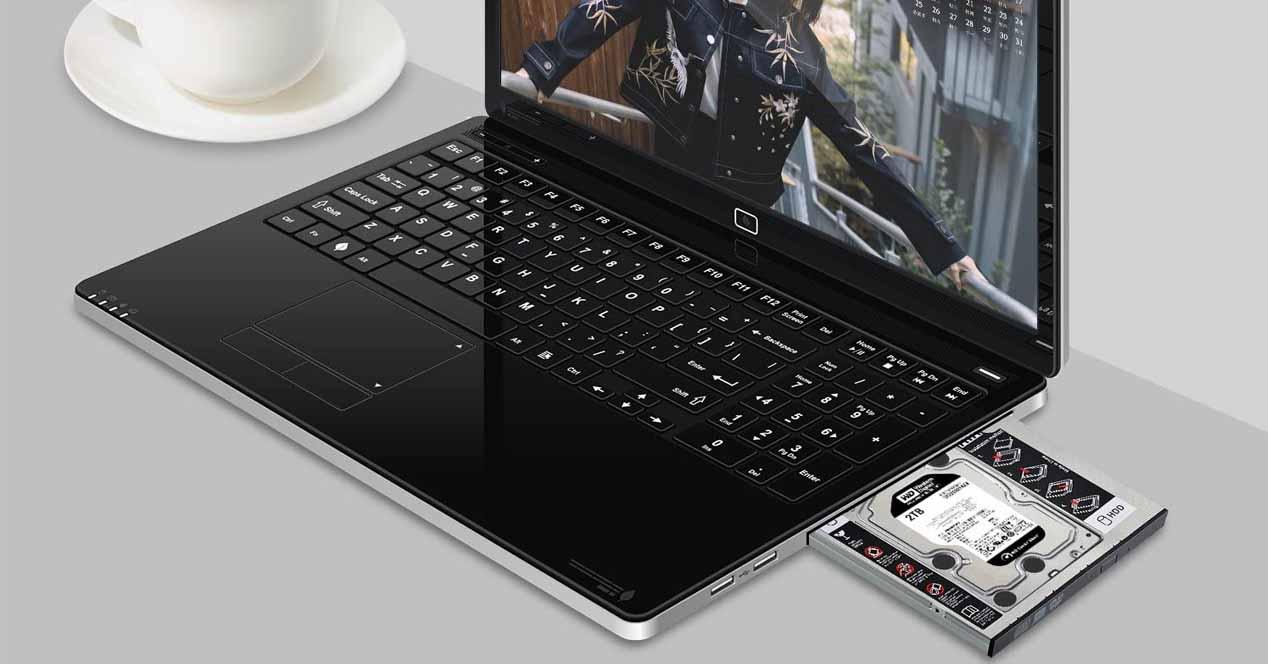 As we have explained, it is not a good idea under any circumstances to remove the optical drive from the laptop in order to win in terms of cooling: what you are going to achieve is that the laptop has a weaker structure, that dust gets inside. and in the worst case, you cut off the internal air flow and end up getting the opposite effect, a worse temperature and more noise.

If you want to remove the optical drive because you are not using it, the best thing you can do is purchase an adapter like the one shown in the image above to install a hard drive or SSD with a SATA interface, which is the one generally used by drives. notebook optics. In this way you would eliminate the optical drive but you would gain in storage space, and with all the hollow space it would be filled with something so as not to hinder the cooling or that dirt enters the interior of your computer.

The best graphics card of 2022 for value for money is…

It’s not here yet, and Netflix’s new ad-supported plan has issues