The Galaxy S22 Ultra is expected to be stronger than its predecessor. A leak claims that Samsung will use more resistant materials in its smartphone than those of the Galaxy S21 Ultra. Whether on the edges, the screen or the glass that protects the photo lenses. It remains to be seen whether the other models will benefit as well.

Mineral glass is beautiful. When a smartphone is dressed in mineral glass on the front and back, “ it looks good anyway “! Take the Oppo Find X3 Pro for example. At the front, the curved glass elegantly joins the aluminum that covers the edges. On the back, the glass is polished and extremely soft to the touch. And what about this superb curve which erases the protrusion of the photo module! This smartphone has dog. But without a protective shell, it can seem a bit fragile.

Besides, it is also relatively expensive. Even a few weeks before the launch of its successor, the supposed Find X5 Pro (no figure from Chinese manufacturers, of course), a new Find X3 Pro is still trading around 900 euros approximately (maybe a little less or a little more depending on the brand). Same thing for the Galaxy S21 that you can find today at 700 euros. It is also dressed in metal and mineral glass. And in the box you will not find any protective shell.

The Galaxy S22 series should also not benefit from a shell offered in the box. And yet, smartphones will be worth as much, if not more, than their predecessors. To offset this, Samsung reportedly planned toimprove the strength of materials which make up the shell of the terminals, in particular the Galaxy S22 Ultra. According to a very active Egyptian leaker on Twitter, the Galaxy S22 Ultra will benefit from three improvements. 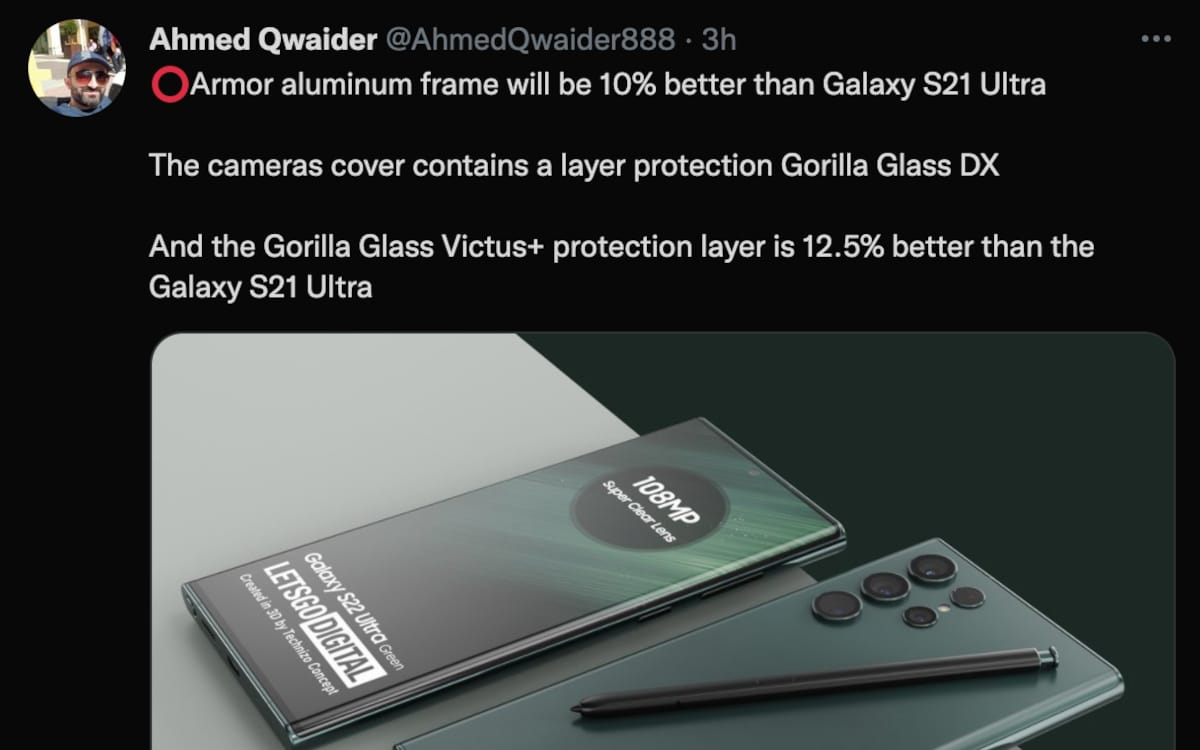 According to another leaker, also very well known, Corning’s Gorilla Victus + will equip not only the Galaxy S22 Ultra, but also its two little brothers, the S22 and the S22 +. This is good news. Will it be the same for the aluminum of the edges and the glass of the photo lenses? This is a question we will have an answer to on February 8.

WhatsApp: you can now listen to your voicemail messages before sending them