The supposed leaks around GTA 6 have been getting more and more insistent lately. The latest concern its release date as well as its card. But beware, like all previous rumours, these are just gross fakes.

When will GTA 6 be released? A question that has tortured the minds of fans for years. While Rockstar claimed to have started development on the game, supposed leaks are on the rise. But like the previous ones, these are just gross fakes.

For the past few days, a “stolen” photo has been circulating on the net, in particular on Reddit. Its author asserts that it was taken during Take Two Interactive’s financial presentation, the editor of the GTA series. You can see several games listed with their release date. Among them, GTA 6.

In this document, we can see that GTA 6 is scheduled for 2024. In fact, the thing does not seem absurd. However, everything in the painting screams fake. First of all, it only features certain titles from Take Two, when it should include them all. We also note the presence of the remaster of the “Max Payne trilogy”, which is a problem. 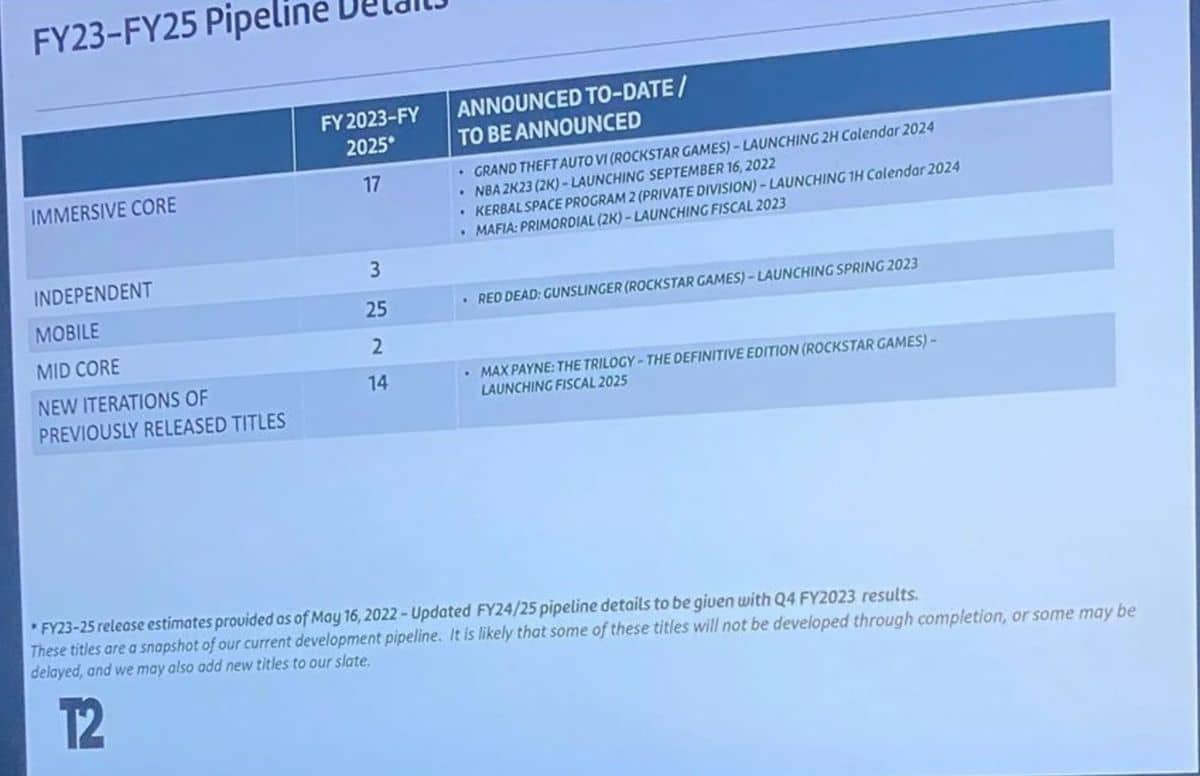 Rockstar did edit Max Payne 1 and 2 in their time, but they were Remedy studio creations (only Max Payne 3 was developed by Rockstar). It is also only the first two games that will be entitled to a remake, the third not being concerned. The “Max Payne Trilogy” has nothing to do there. We will also discreetly pass on the Red Dead mobile game which looks more like a fan fantasy than anything else.

Read also – GTA 6 is officially confirmed by Rockstar, it was about time!

Another rumor that has been circulating on the net for a few days: the game map. A user has published a map on Twitter using the aesthetics of that of GTA 5. He claims that it is a new city located in South America…

GTA VI possible map! I’m doing more research on this one with my source, so let’s take it with grain of salt, i’ll update you.

This is possible map of GTA VI (South America) pic.twitter.com/qn9YZU16dP

This card is once again a gross fake. It is actually of a real city: Cali (Colombia). We know that Rockstar likes to draw inspiration from real world megalopolises for its games, but never has a city been taken down to the street.

GTA 6 will be released one day (at least we hope so), but not right away. With the announcement of the development by Rockstar, the fakes are becoming more and more insistent. Be careful not to fall into the trap! We only know one thing about Rockstar’s future game, is that we know nothing.