What is the bandwidth

We can say that the bandwidth is the maximum capacity that can be transferred over one connection. It is somewhat limited, so if we make a lot of use for example when downloading files, playing videos in high quality or uploading files to the cloud, we can have problems.

It must be differentiated from speed, since bandwidth is the maximum quantity that we can send or receive at a specific time. We can think of a pipe. It can have a maximum capacity to pass water every second. Once we reach that limit, we will not be able to put more water in a tank.

If we think of a computer example, it could be the Ethernet cable. If we use Fast Ethernet, the maximum bandwidth would be 100 Mbps. On the other hand, Gigabit Ethernet can reach up to 1 Gbps. The same would happen with the Wi-Fi adapter that we have, which could have a greater or lesser limitation.

So our team is going to have a limited bandwidth. This is going to be the maximum capacity that we can use to surf the net, download a video, make a video call … Can we control bandwidth consumption in Windows at any given time? For this there are programs, as we will see.

Programs to measure bandwidth in Windows

These apps for measure bandwidth they will allow us to have greater control over consumption. We will be able to know which programs are consuming more and avoid that the connection is exhausted, for example. It will also help us not to exceed the contracted rate, if it is limited.

NetBalancer It is one of the applications that we can install in Windows and have control over the bandwidth. It is free and we can download it from their website. Once we install it, it will show us a first screen with the programs we have running and how much they are consuming at that moment, how much they have consumed (both down and up), as well as a graph to see the trend.

In the section on the left we can see different options, such as the section of statistics. If we click on it, it will show us a graph of everything downloaded and uploaded in a certain period of time. We can configure the date as well as the type of adapter. This will also help us avoid going over the contracted rate. Another simple option we have for Windows is NetWorx. In this case we can download the installable version and also the portable one. Once we open it, it will automatically begin to measure the bandwidth of our equipment. It shows us the total of data downloaded and uploaded, as well as the possibility of seeing a daily, weekly, monthly report … We can save the reports and see them later. One of the options we also have is to create a maximum quota for you to notify us. We can mark a certain bandwidth and put a% so that before arriving it launches an alert. One more alternative is NetTraffic. It stands out especially for its simplicity. We can track the different network adapters that we have, either by Wi-Fi or by cable, and see the consumption that we are having at all times, as well as the graph with the registry.

The first thing we have to do to start using it is to download the program. Once we install it, an icon will appear on the Windows taskbar. There we will also see a small graph in real time of the data consumption. If we enter the main window we will see something like what appears in the image above. We can click on general and it will display more statistical data ordered by hour, day, month or year. We will know everything we have consumed in each period of time, in addition to currently.

We can configure that period of time as we want. We can also export all the content and see it in the future, as well as import the ones we have already created.

Bandwidth Monitor is another Windows program to monitor bandwidth. It is also free and, despite not having a large number of options, it complies with the basics that we can ask from an application of this type.

We can download it from their website. When we have it installed, a main window will appear with all the information about the program. In addition, a small monitor will be displayed on the task bar that constantly measures the bandwidth consumption. It will show us both the descent and the rise, as well as the maximum peak it has had. It has simple options, such as stop or resume, modify the appearance of the graphics, receive notifications, etc.

A fifth program to control the bandwidth in Windows is AppNetworkCounter. As in the previous cases, we can download it for free. Its operation is very simple and as soon as we run it we will see a window like the one in the image. This application does not really have many options, but it does have the basics to see at all times how much data we are consuming depending on the application we run. It also shows us the maximum and minimum, as well as the time of that activity. All this will allow us to have more control in Windows.

In short, these are some free applications that we can install in Windows to control bandwidth consumption. We can have graphs with the download and upload consumption of any program that we have in use, as well as create records to know in the future how much we have consumed in a specific period of time. We can even set limits, in some cases, to notify us of an increase in consumption. 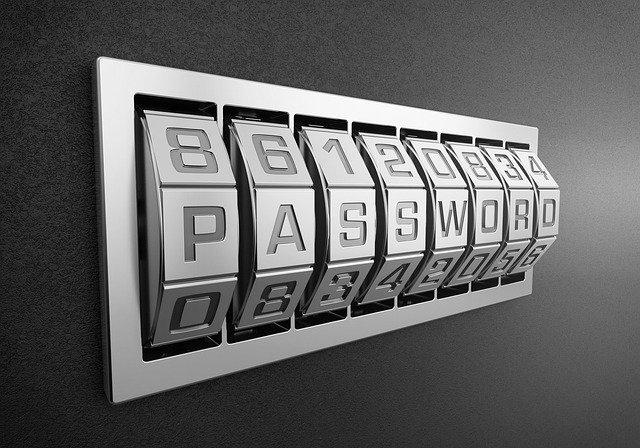 Get to know the best tools to crack passwords

Hacks in Google Cloud are used for cryptocurrency mining

Learn about this Microsoft Edge option to improve security