Mark Gurman lifts the veil on Apple’s plans for 2022, cryptocurrencies see their price drop again, the company Our Next Energy (ONE) presents a battery whose autonomy is breaking all records, this is the recap ‘ of the week.

The year started only a week ago and we already know Apple’s plans, confirmed by expert Mark Gurman. As the price of cryptocurrencies registers a new phase of decline, AnTuTu unveils the most powerful Android smartphones of December 2021 and Google is modifying some features of its Nest speakers following a complaint from Sonos. Finally, a new battery created by the ONE company offers a record range of 1,210 km. Welcome to the week’s recap.

1,210 km of range thanks to ONE batteries

The American company Our Next Energy (ONE) has just presented its revolutionary battery on a Tesla Model S. While the electric vehicle can usually travel 650 km, the range has doubled and the car has been able to cover 1210 km at a fixed speed of about 90 km / h. ONE has yet to reveal anything about its production process but is expected to present new prototypes during the year.

Expert Mark Gurman has just published a newsletter lifting the veil on future Apple products for the coming year. According to the Bloomberg reporter, Apple is planning to launch a new iPad Pro that should be compatible with MagSafe magnetic wireless charging, a new MacBook Air with an M2 chip and Apple Glass. Finally, Mark Gurman confirms that the iPhone 14 Pro should finally see the notch disappear in favor of a perforated screen.

A new announcement from the US Federal Reserve caused a notable collapse in all financial markets, but also in Bitcoin, which lost around 5% of its value in less than a day. The queen of cryptocurrencies, whose price fell to $ 42,700, was quickly followed by other cryptocurrencies such as Ether, BNB and Solana which also recorded sharp declines.

The AnTuTu ranking of December 2021

As usual, AnTuTu has just unveiled its ranking of the most powerful Android smartphones for the month of December 2021 and it is Xiaomi’s Black Shark 4S Pro which is leading the premium smartphone side. The Nubia Red Magic 6S Pro and the Vivo iQOO 8 Pro respectively take the second and third steps of the podium. On the mid-range side, the Vivo iQOO Z5 comes first on the list, followed by the Honor 60 Pro. Go to our news for the full ranking of AnTuTu. 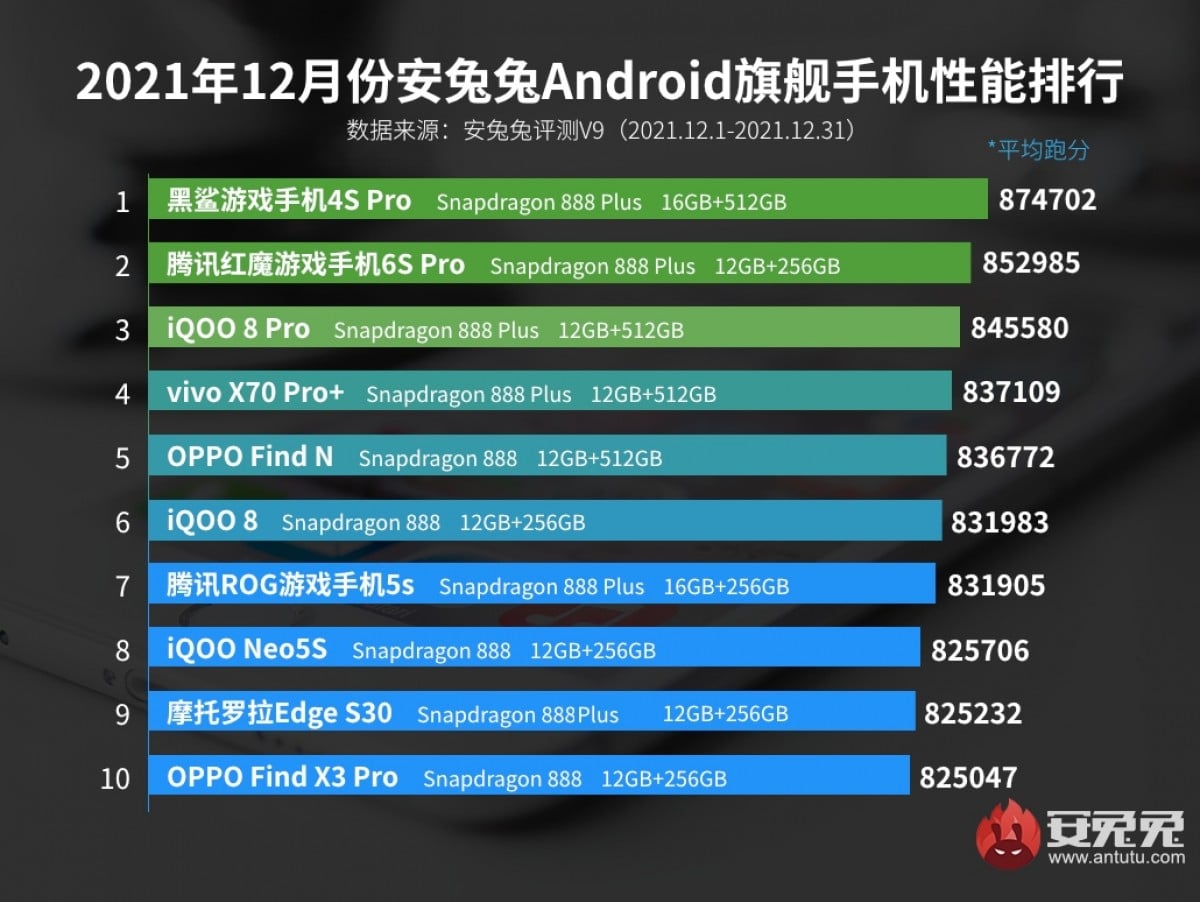 In 2020, Sonos filed a lawsuit against Google, accusing the Silicon Valley giant of stealing its wireless speaker technology. The International Trade Commission has finally ruled in favor of Sonos and gives Google 60 days to modify certain features stolen from the famous speaker brand. The Mountain View firm therefore reacted immediately by changing the operation of its Nest speakers and we explain everything to you in our dedicated news. 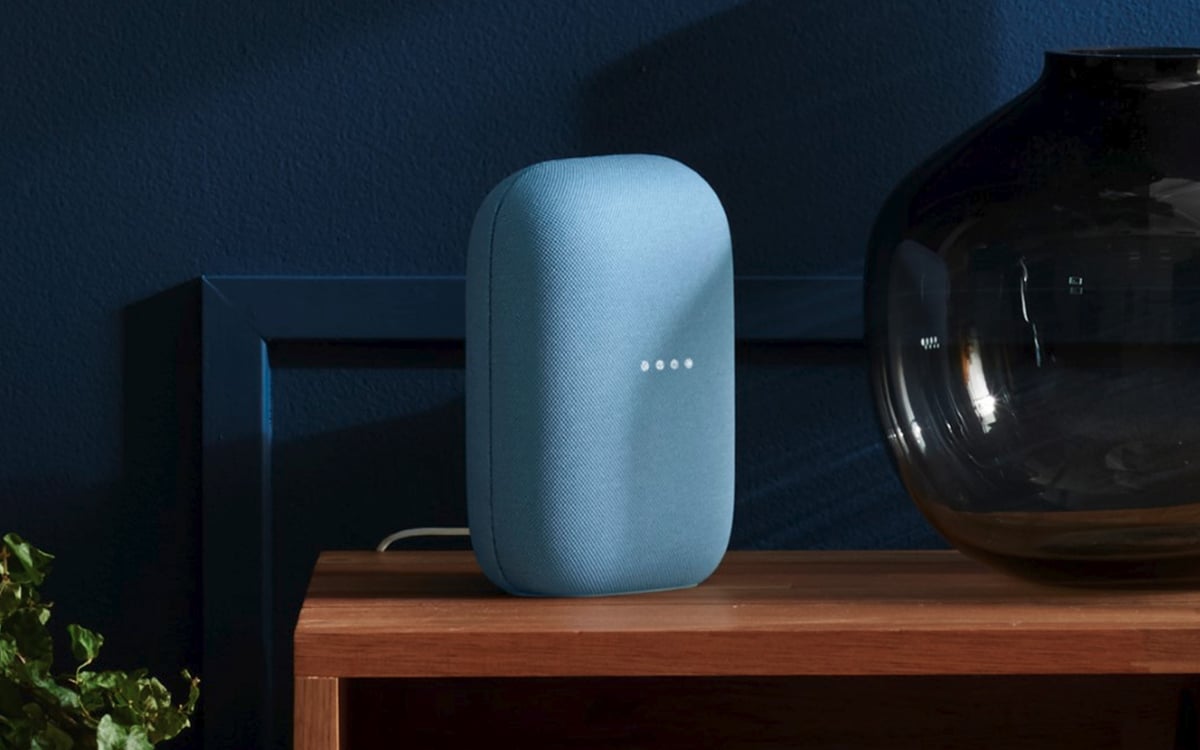 Samsung has just unveiled its Galaxy S21 FE, the most affordable smartphone in its range, succeeding the S20 FE. The smartphone is equipped with a 5G compatible Snapdragon 888 and a 4500 mAh battery compatible with 25 W fast charging. The Galaxy S21 FE will be available for 759 € for 128 GB of storage and 6 GB of RAM and for 829 € in its configuration of 256 GB of storage and 8 GB of RAM. On the photo side, the S21 FE offers nothing new compared to its predecessor. Even if it arrives a little late on the market, we appreciate its design, its performance and its power which guarantee the Galaxy S21 FE a good quality / price ratio.

Read: Samsung Galaxy S21 FE 5G: our takeover of the smartphone which comes a little late 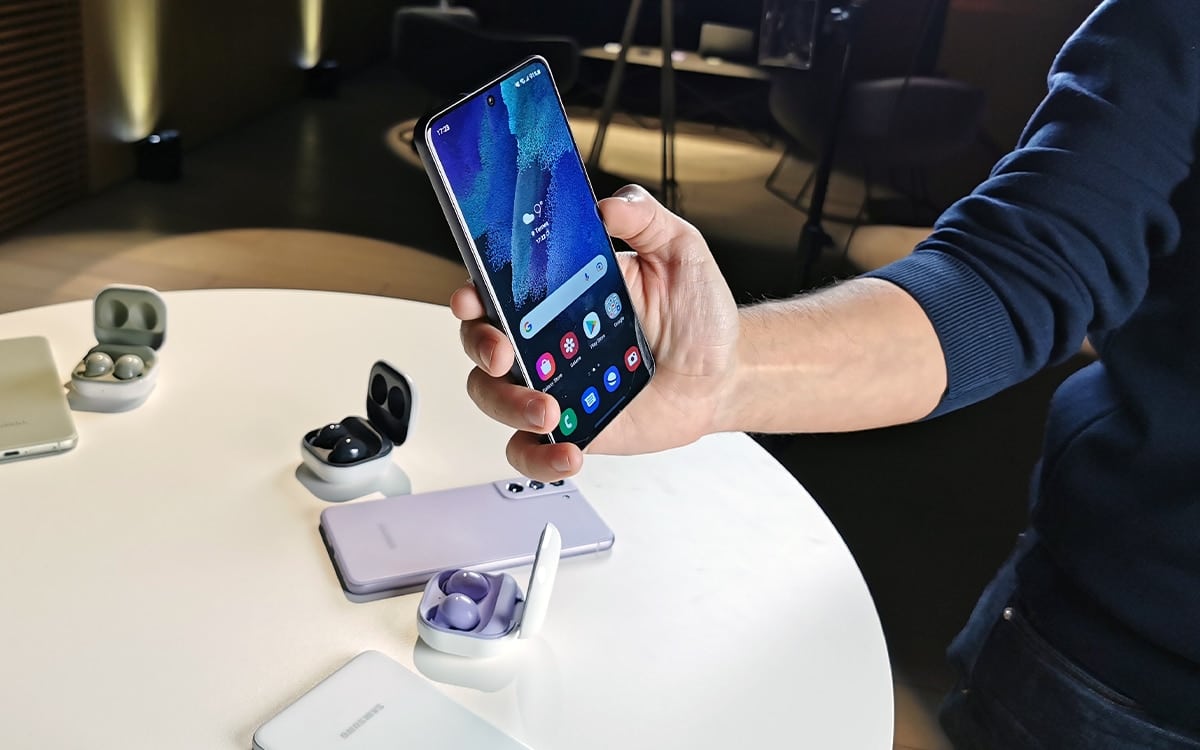 Don’t have PSN Plus? With these games you don’t need it

Winter 2022 sales: what dates and what good plans to expect?