The energy consumption of the components that we use in our computer is a very important piece of information, since the sum of the total will give us the value that we must meet with our power supply. However, as we already told you at the time when we talked about what the TGP and the TBP were, it is important that we always try to place ourselves a little above that total.

So, for example, if we mount a PC that has a total power consumption of 500 watts, the ideal would be to mount at least a 550-watt power supply. The same thing would happen if we had a different energy consumption, and in the end the important thing is that we have a power supply that is a little above that minimum so that the equipment has a certain margin of maneuver before possible consumption peaks. If you have doubts about this topic, I recommend you review this guide.

It is not a complicated concept, although there are still many users who do not fully understand how exactly a computer component works in terms of energy consumption, and this can end up causing significant problems. To try to help you avoid them, I wanted to write this article, where I am going to share with you three great keys that are fundamental, and that we should all be clear about.

1.-The energy consumption is not indicated in a real way

It is something that should be engraved in your head from now on. When you buy, for example, a graphics card with a TGP or a TBP of 320 watts and a processor with a TDP of 125 watts, those values do not reflect actual consumption that the components that you have purchased may have, are figures that can vary with use and that, in fact, can end up increasing by more than double.

It is very important that you are clear about the real consumption of each component before assembling a PC, and that you choose the appropriate power supply based on that realistic base that we have referred to, since otherwise you will end up having stability and performance issues, and in extreme cases it may even lead to equipment damage.

2.-Energy consumption is not something fixed or stable 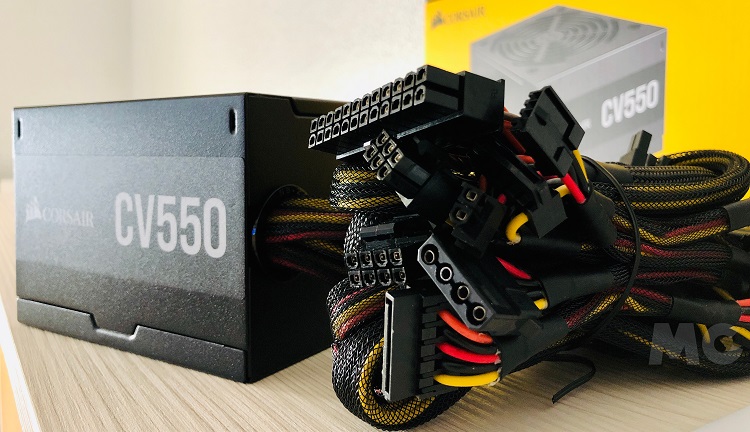 In fact, the opposite happens, it can experience significant variations, and this can end up giving you a good scare. For example, and continuing with the previous example, a Radeon RX 6700 XT can have a consumption of a few watts when we use it to play video or to work at a basic level with our PC, but that consumption will skyrocket to 221 watts if we start playing.

The same goes for the processor. An Intel Core i9-12900K registers a 132 watts approximate consumption with a moderate workloadbut as we said before it reaches the 226 watts when working at 100%that is, when all its cores and threads are saturated with a test capable of using them, like Cinebench R23, for example.

In the end, the workload will affect the power consumption of each component, but we must not forget that this may also vary depending on turbo mode of these components, which tend to raise the working frequencies in specific situations to increase performance at the cost of consuming more energy, and generating more heat.

3.-It is the component that requires the power it needs

Many still believe that it is the power supply that decides how much power it supplies to each component, but it’s just the other way around, each component requests the power it needs at any given timeand in every situation, which means that if he does not receive what he has asked for, we could find ourselves in serious problems instantly.

This can also generate situations of false stability that will end up giving us a scare sooner or later. Imagine that, for example, you are using a game that has a low dependency on the processor and a high dependency on the GPU. Thanks to this, your power supply can support, even just barely, your graphics card and the processor, because the latter does not demand many watts from the supply when it moves that game.

Well, continuing with the previous example, when you decide to use a game where the GPU and the CPU have a high degree of use, you will end up getting a scare, because your power supply will not be able to give one of the two components the power it needs . The symptoms can vary depending on the severity of the situation, if the difference in power not supplied is low, you may only notice jerks or slight performance losses, but if it is large you will end up having stability problems.

The AirPods Pro 2 would be compatible with Lossless audio, a first