Yesterday, the European Union announced that Russia has orchestrated a massive cyberattack against a satellite network providing Internet throughout the old continent. The hack took place at the end of February, in anticipation of the invasion of Ukraine by its army. On Twitter, Elon Musk clarified that Starlink resisted the attack.

Since the beginning of the war in Ukraine, Russia has relied on its army of pirates to sabotage communications and infrastructure of the opposing country. The latter has also confirmed that he is facing constant cyberattacks from his enemy. Moreover, Russia did not wait for the conflict to start to orchestrate its hacking operations.

Indeed, the European Union, alongside the United States, the United Kingdom, Canada and Estonia, revealed that its satellite internet network was the victim of a massive cyberattack sponsored by the Putin government. The latter took place at the end of last February, and was intended to jam Ukraine’s communications and impact connectivity across the continent in anticipation of the invasion.

Starlink faces Russian cyberattacks, but fears for the future

“These actions have had repercussions in other European countries”, underlined Antojny Blinken, American Secretary of State. Russia has specifically targeted the KA-SAT network, deployed by Viasat, but also wanted to attack the Starlink network. On Twitter, Elon Musk has indeed made it known that his company “has withstood Russian cyber warfare jamming and hacking attempts so far”. 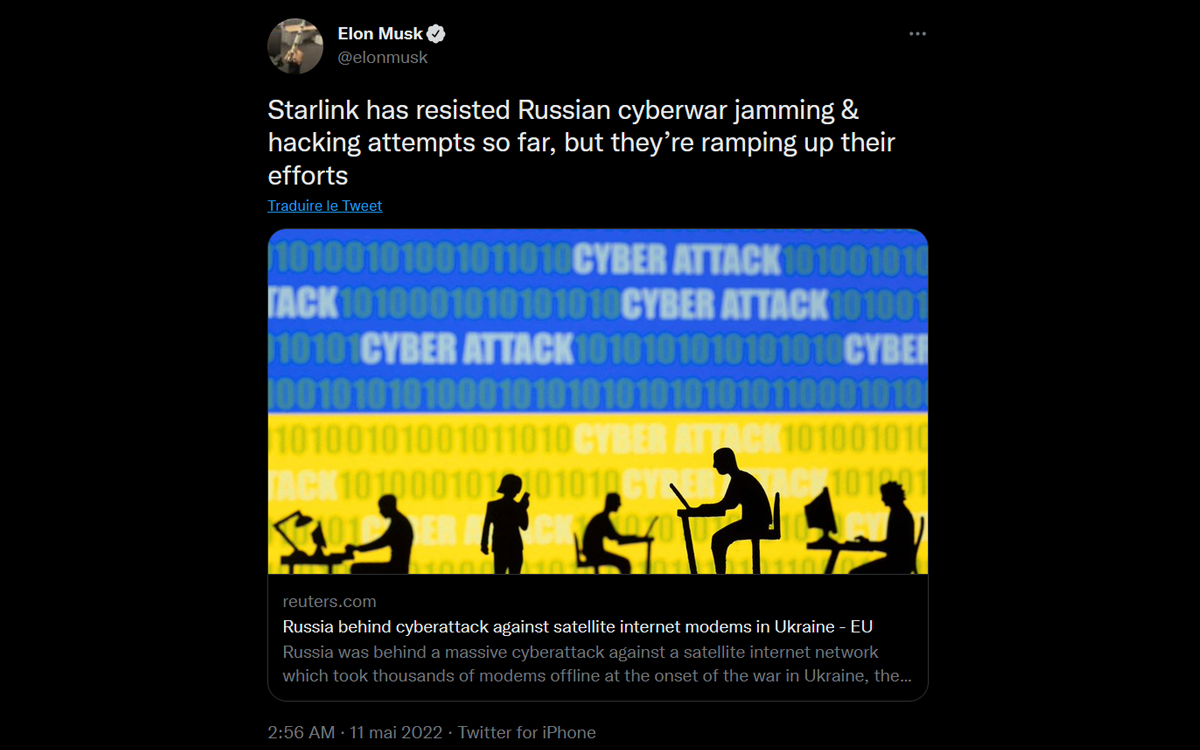 Nevertheless, the billionaire shows himself worried about what will happen next, adding that Russia “steps up its efforts”. To date, the attack on Viasat is Russia’s most visible cyber operation since the start of the war in Ukraine, particularly because of the dramatic repercussions it has had. Satellites “have been hit, they have really been hit hard” said Rob Joyce, director of cybersecurity at the NSA.